Just a quick post for now.  I use heavy duty industrial grade vinyl tile (12"x12") for quite a few terrain items - roads, rivers, town sections, woods areas.   I'll post separately to describe how I make the different pieces.  For now, here are a couple of shots of the material. 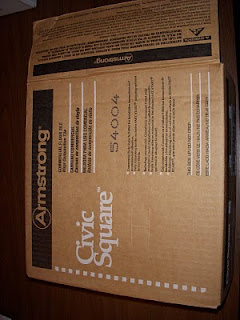 This is the box the tiles come in.  I buy mine at Home Depot.  Tiles cost around $.50 each. Eat your wheaties before you pick up the box.  Individually the tiles aren't heavy...but we're talking about a box full of solid vinyl.   The box is heavy.... 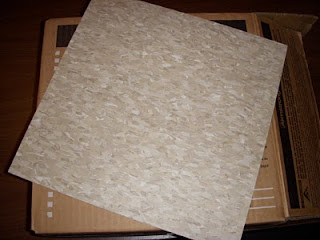 I use the tan"ish" tiles.  They hold paint well and give a good base to take most colors. 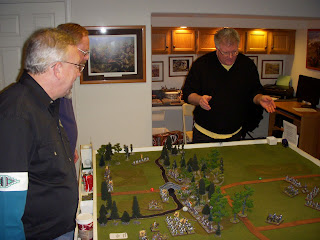 "I'm sure I used to have a Command Group over here" 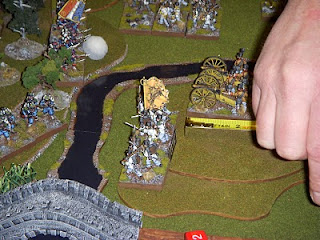 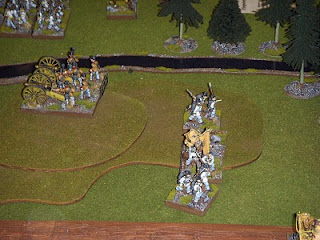 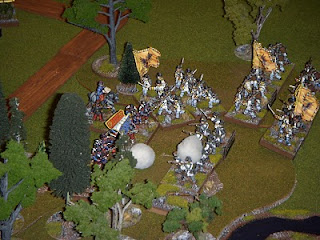 The Austrians have broken the French defence of the ridge 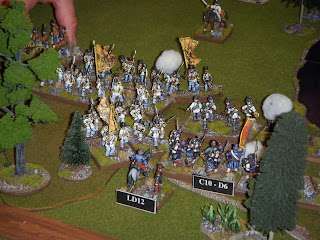 Vied from the French side.   That sure is a lot of white coming this way! 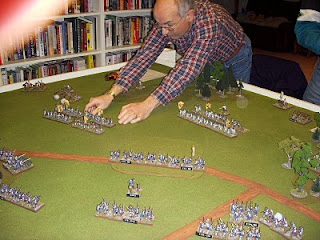 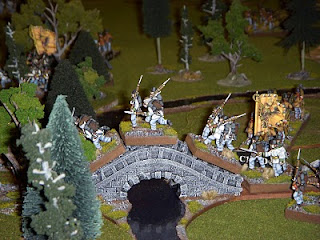 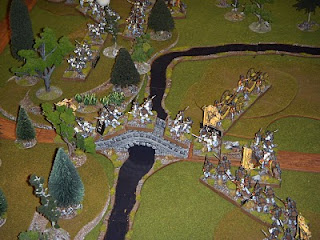 Austrians stream for the bridge as the Austrian brigade clears the ridge (photo, top) 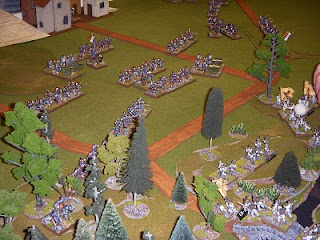 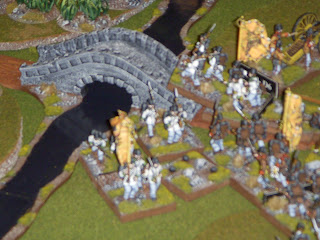 And....Austriams streaming to the rear!

Soon after this point, the Austrian players lost their own personal morale as their army went to 0 AMPs.  The French only had 1 AMP left when the Austrians hit 0 AMP (unknown to the Austrians).  The Austrians forfeited the game...and seemed surprised that they had the French so close to folding.

An interesting game.  I'm getting intrigued by "bathtubbing" and scaling an historical battle down and trying to capture some key elements.  I think it is more an art than a science, and I claim no expertise at this point.  I look forward to getting better at it, though.... 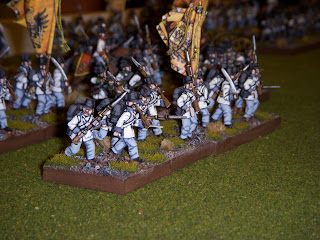 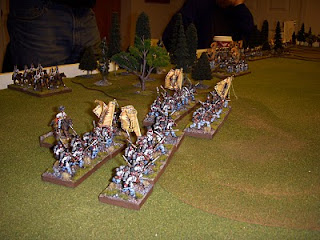 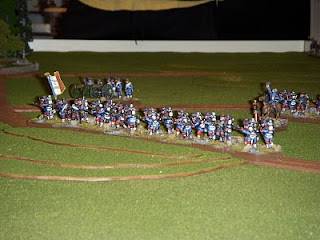 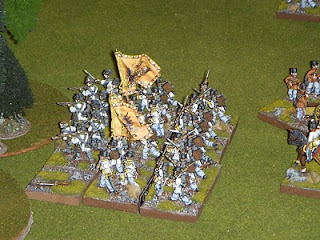 Austrians Pressure End of the Ridge Defending the Bridge 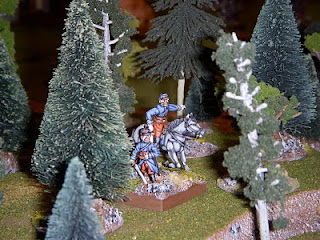 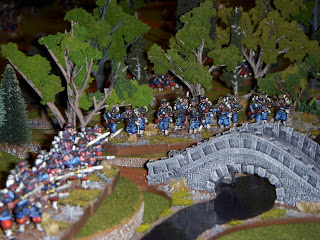 French Defending the Bridge (those are some BAAAAAD Dudes.....) 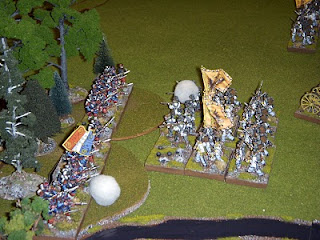 My blog posts have been few and far between lately.  On January 1, we picked up our newest family member - Toby, a 10 week old, 6.2 lb Jack Russell Terrier.  He's taken a lot of attention to get him acclimated to the house, my wife and I, and our other dog (Bailey - a 9 year old West Highland Terrier).  But - he's picking things up quickly!  He's really a smart dog.  Its a kick to watch the two dogs play.  Having an older dog to teach and wear out Toby is really working out well. 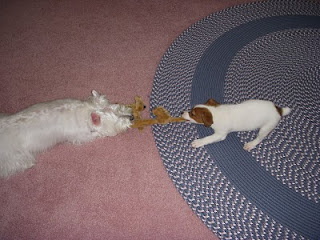 On to the game!  I'd prepared a "disguised" (very poorly disguised, I admit) Antietam scenario that I ported over to the Franco-Austrian War of 1859.  The table featured a sunken lane and a bridge crossing into some bluffs/wooded areas.  The Austrians had a total of 24 units (16 infantry battalions, 5 artillery batteries, and 3 cavalry regiments.  The French had only 10 infantry battalions and 2 artillery battalions onboard at game start, with a 3 infantry/1 artillery brigade arriving on the 5th move card.  The French started with 13 morale points; the Austrians with 22 (I'm working from memory - those totals may be off by a point here or there). 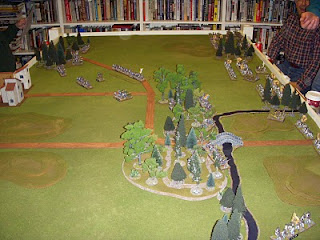 The table and initial set up.  Austrians on the right, French on the left. 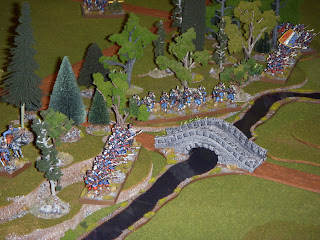 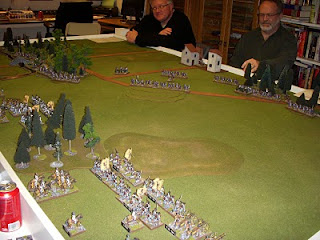 View from the Austrian right.  2/3 of the French command look on confidently. 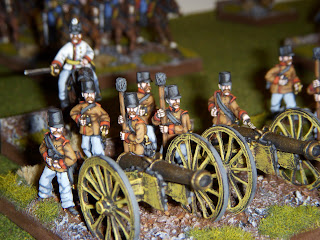 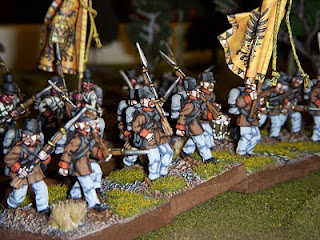 Grenze infantry march to the attack 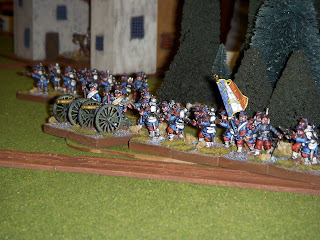