It's been a while since my last post - too little time due to work and other hobby priorities.

We had a nice 1809 game, with tweaks to Field of Battle 2 that I wanted to try. Turns out that the tweaks really didn't do much, which reinforces my belief that FoB2 is pretty robust already.

In the game, the French were facing an uphill struggle, as they were considerably under the initial morale point total of the Austrians. Additionally, while outnumbered in units, the Austrians had the advantage of an initial deployment in a strong position.

The French gave it a go, but ultimately ran out of morale points as they tried to press an attack on the town on the Austrian right flank. Good game, but not a close one! 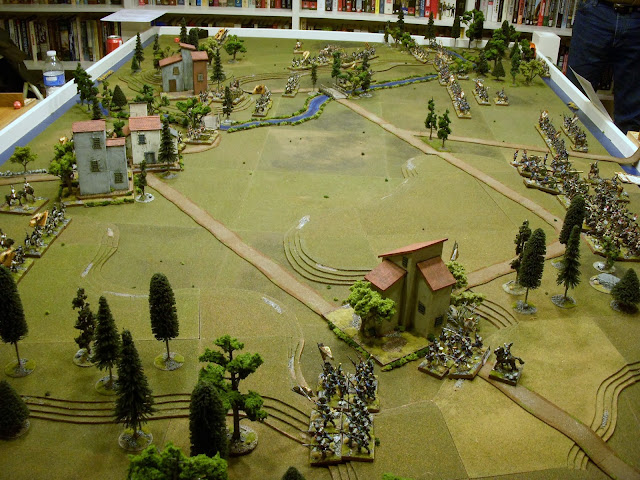 Austrians defend to the left, as the French press the attack on both flanks. 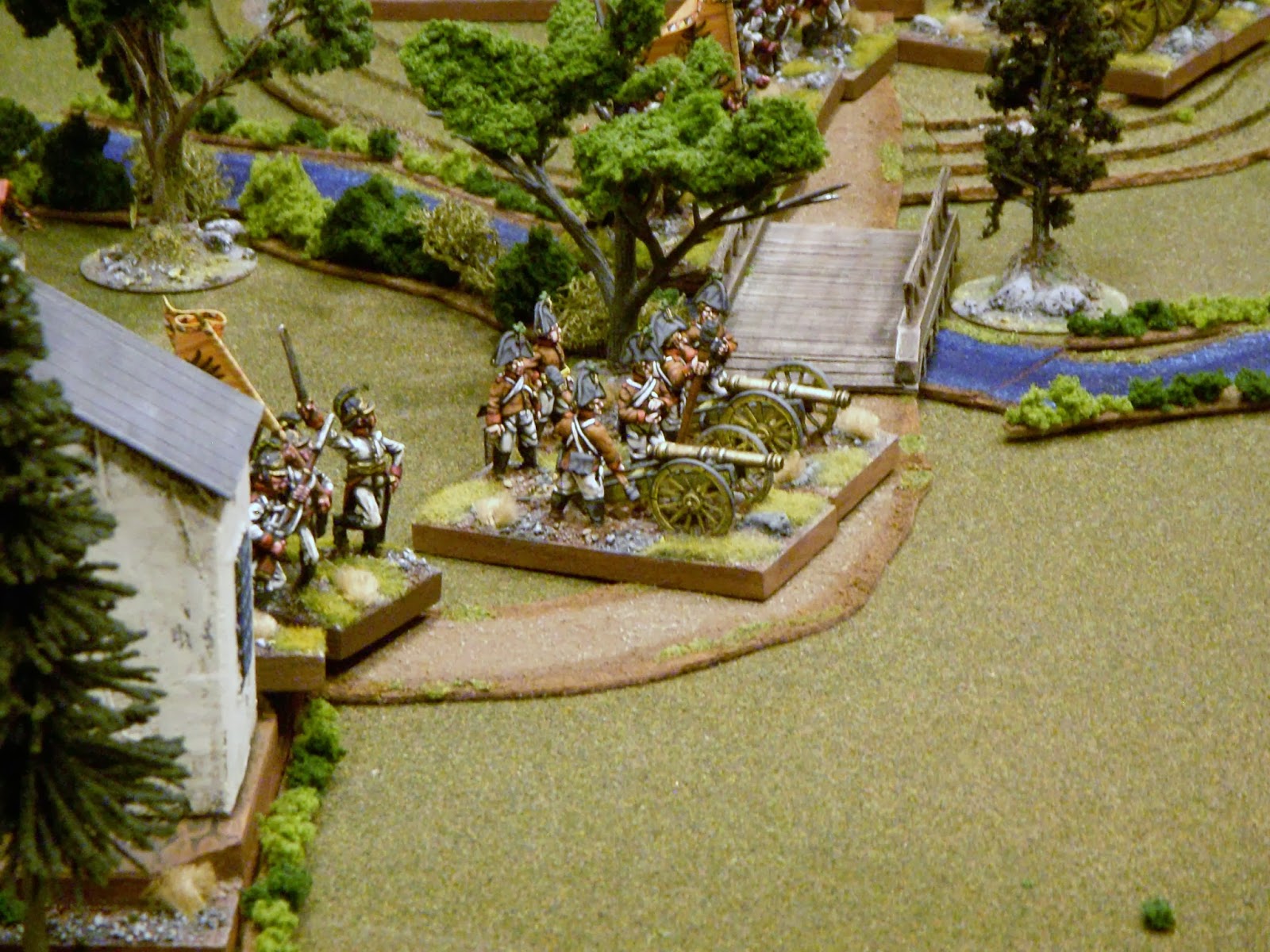 Austrian artillery defends the bridge linking the towns.
Hmmm.  Can't seem to get Blogger to upload more photos - I'll post later when I might have more luck.