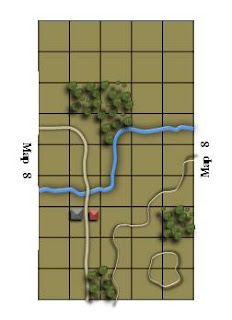 Prussians deployed to the left side of the table, French to the right.
The first game featured a French massed attack from the hill area, with virtually all of their army deployed in 1/4 of the table, focused on a left hook to crush the Prussians and attack through the town.

In reality, it almost worked out that way entirely.  The French had effectively achieved overwhelming numerical superiority at the point of decision (French right flank at the river), and won the game going away. 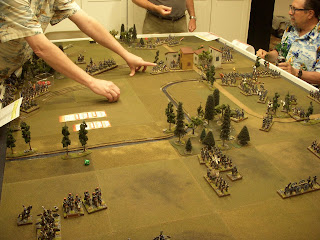 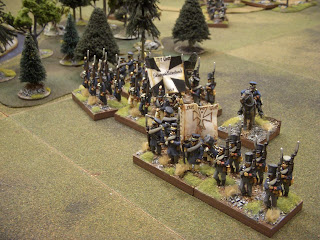 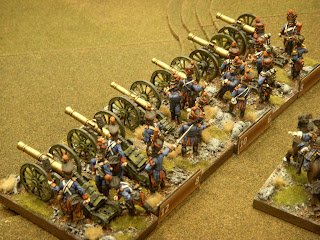 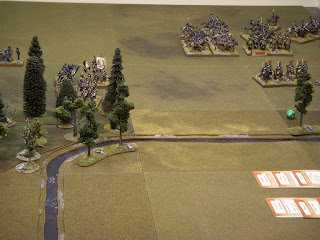 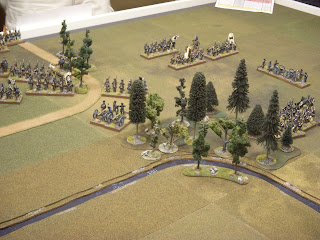 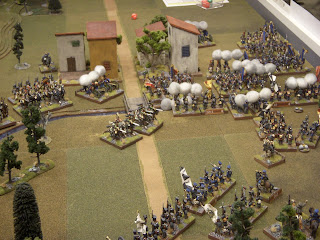 For game 2, we kept the terrain and the armies, but switched players.  This was quite a dramatic game, with the Prussians rushing the French on the heights at the start of the game.  They bled the French white, but the French still had some chips remaining.  All of this before the French had their first move card!  But then, the French started to get their own move cards - coupled with a staggering number of triple moves (won even!), resulted in the Prussians being caught a bit overextended on the hill by a now deployed Grand Battery.  On the French right, their 6 cavalry regiments swept across the field (go Rodney go!) towards the Prussian flank force commanded by John.  After some losses, John managed to get his two flank infantry battalions into square, which effectively slowed the cavalry assault as they were reluctant to try the squares.   Finally, an out of command square was ridden over and the cavalry were flowing into the back of the Prussian army when......the French ran out of AMP's, and started giving them to the Prussians.  Right before the French ran out of AMPs, they had 2 points remaining to the Prussian 5.   The contest continued back and forth with the French passing one Army Morale check before finally losing on a failed Army Morale check.    Quite a game! 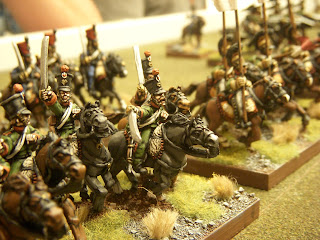 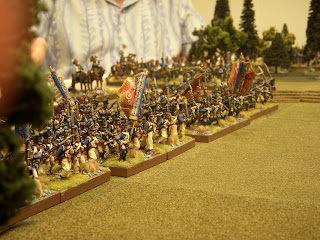 Rodney (below) all alone on the French right flank! 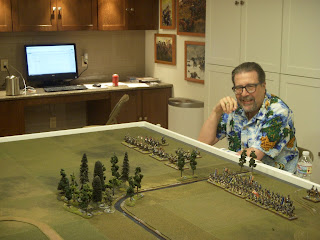 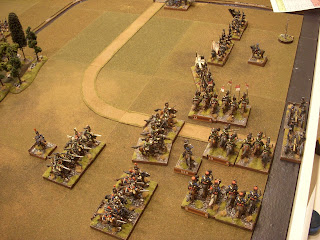 Now THAT is a Grand Battery! 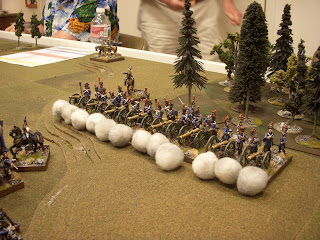