This wasn't much of a contest, I'm afraid.  I kind of stacked the game against the US, giving the Germans a Tiger II and a Panther platoon.  I wanted to find out if the best of the German tanks were really powerful.

The Germans attacked on the right flank of the US, and pretty much destroyed everything on that flank with the Panthers and Tiger II.  The far right US infantry platoon (3 squads) and 76mm Sherman platoon (2 sections) lasted a while, but didn't do any significant damage.  One of the Sherman sections managed to suppress and put a hit on the Tiger II section, but that was the high point.   When things were going tough, the US tried to Heroically Rally the far right infantry platoon, but the platoon Lt. only made it through one rally before he bought the farm.  BOOM!  After that loss, the entire infantry platoon went suppressed, and the writing was on the wall.

I thought the US was deployed too linearly, and the Germans made them pay.  At the point of contact, the Germans had at least a 2:1 numerical advantage, not to mention the qualitative superiority of their armor.

Some shots from the game (a crushing German victory): 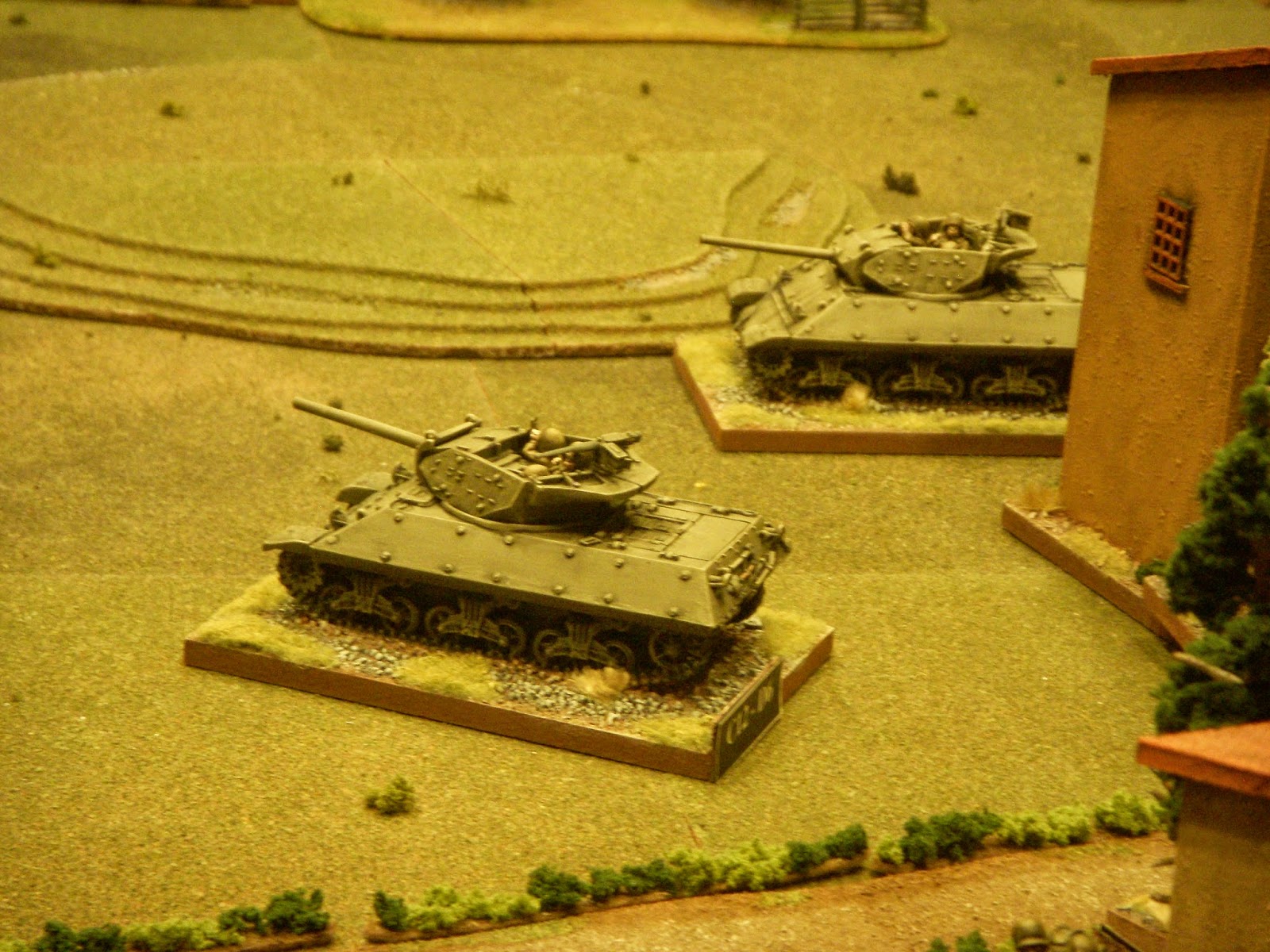 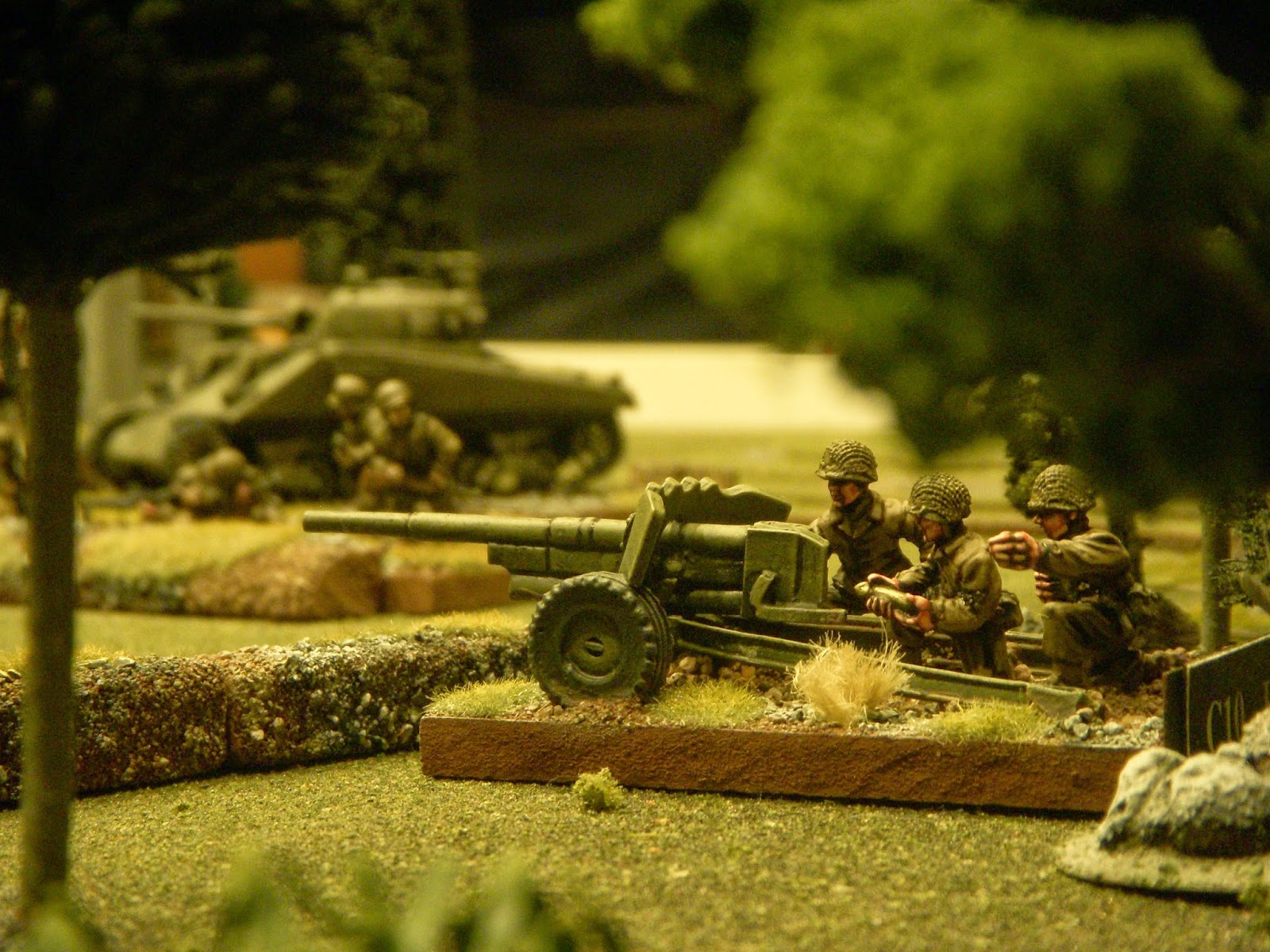 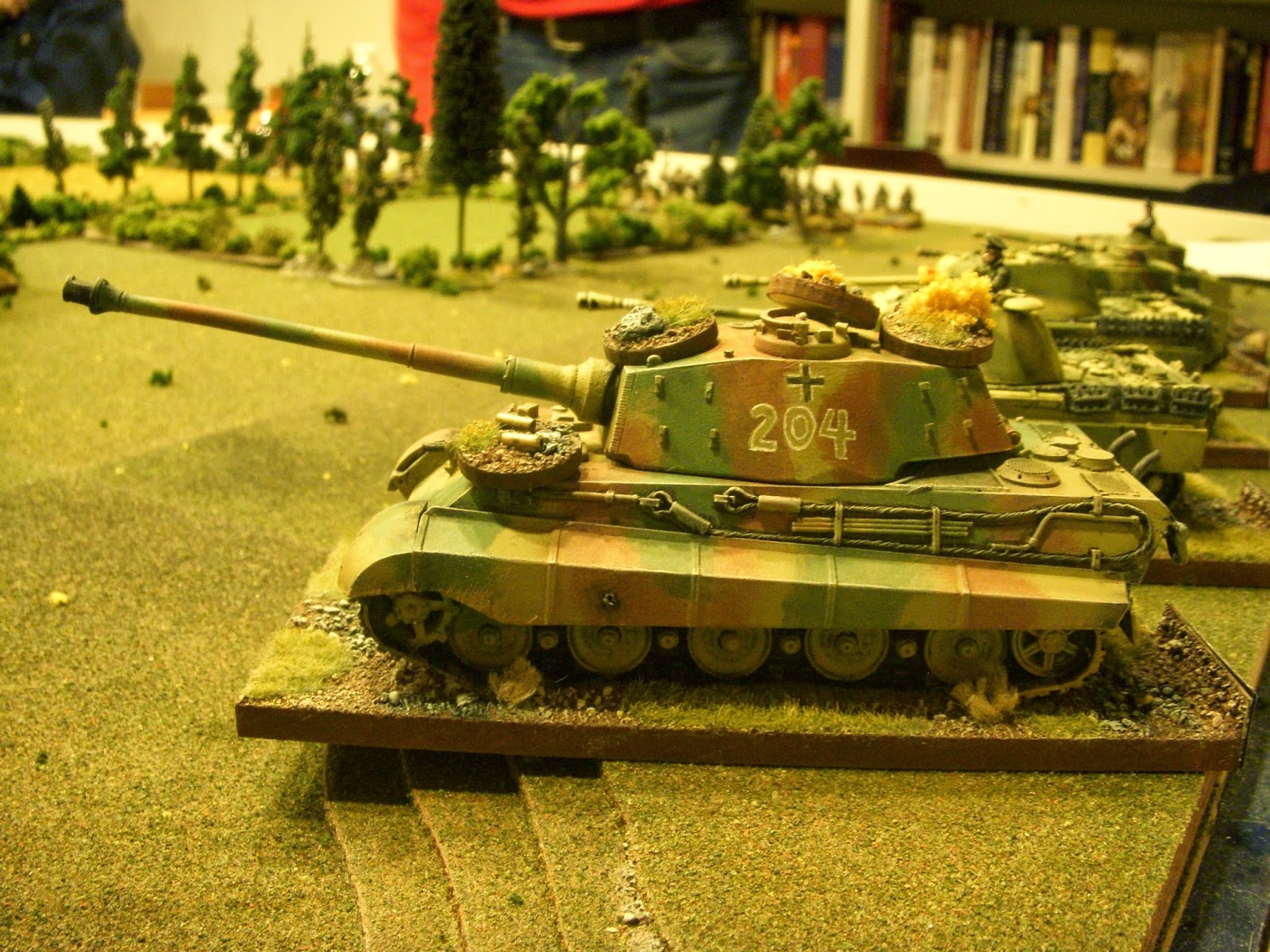 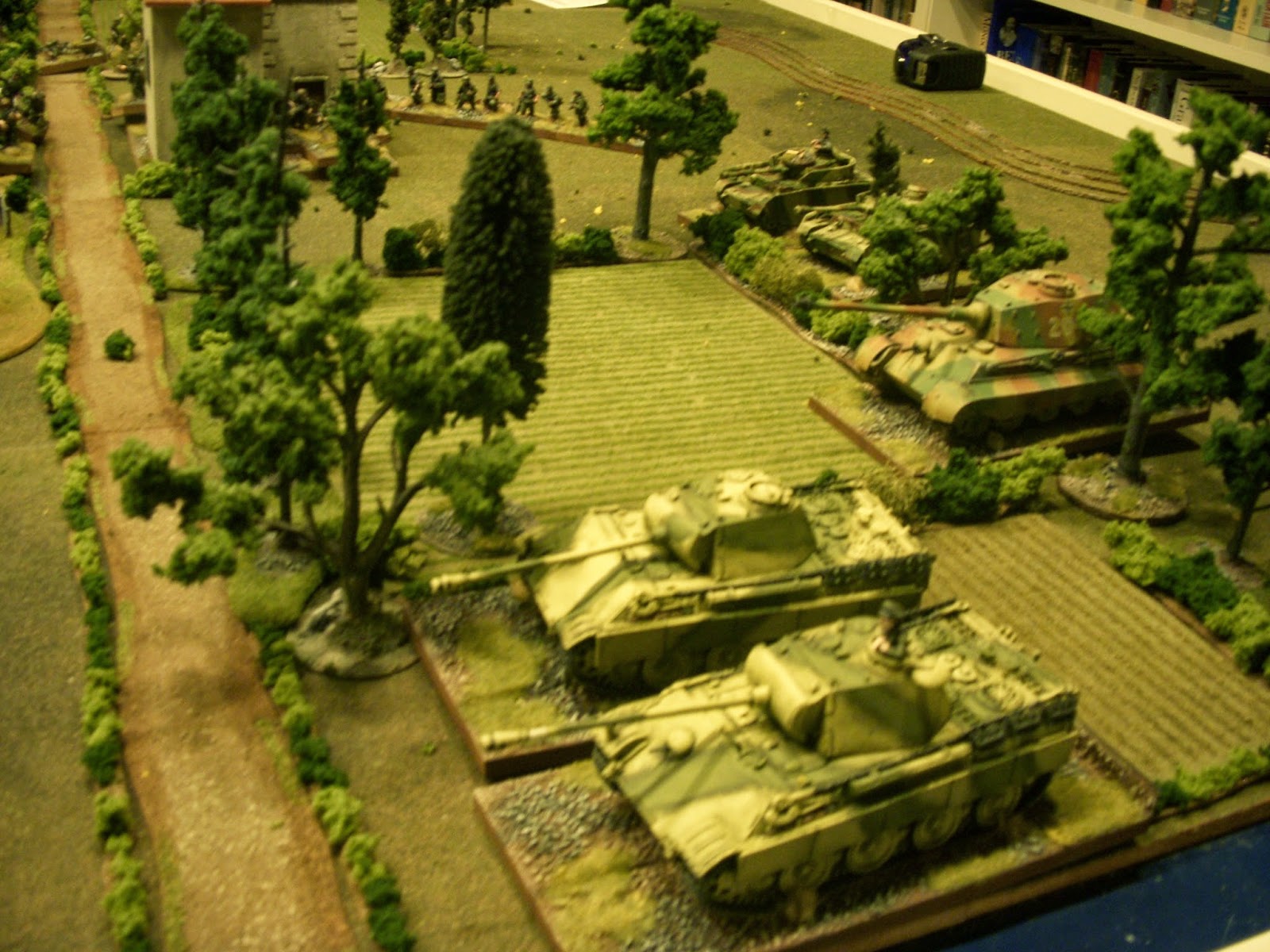 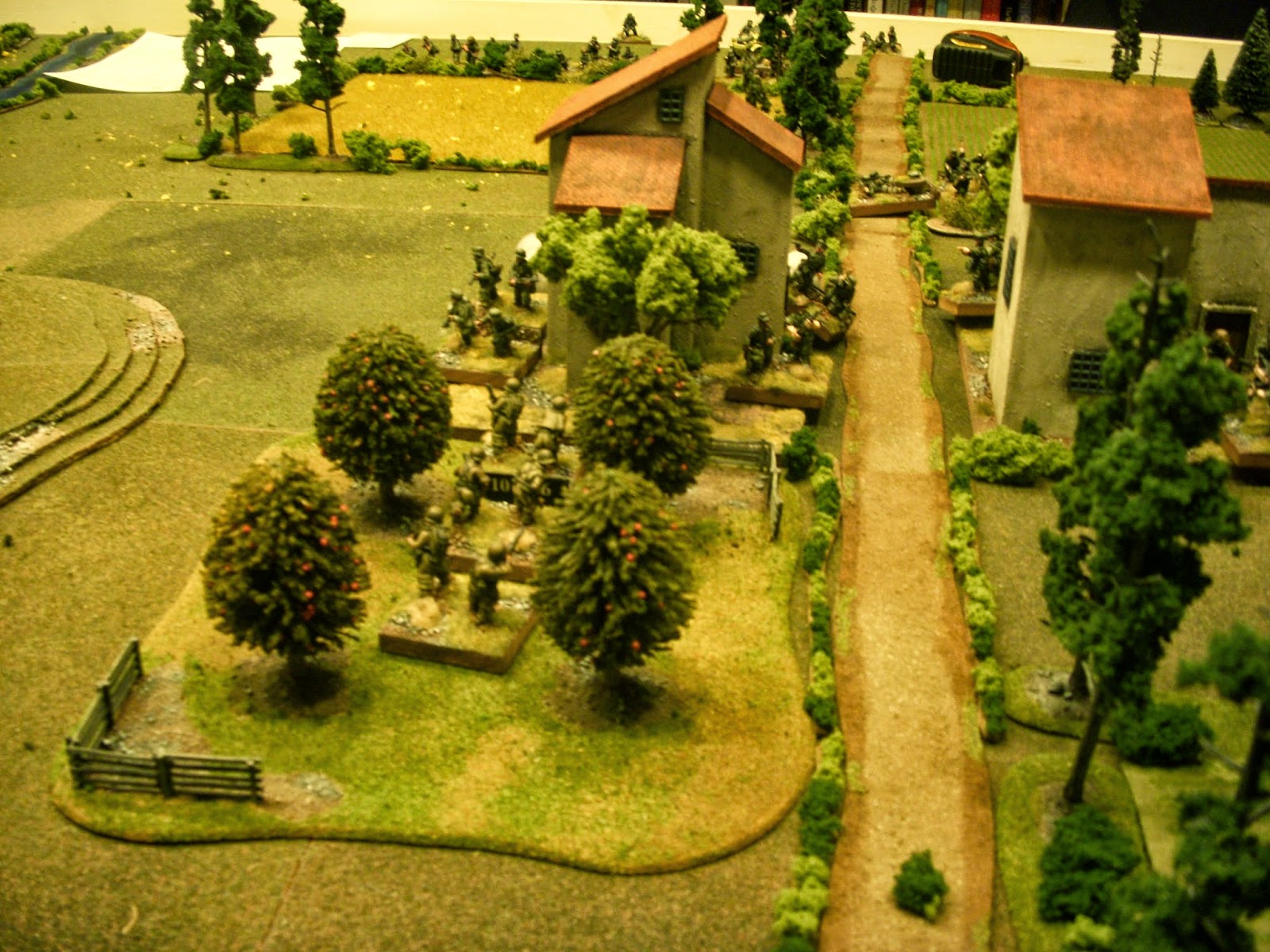 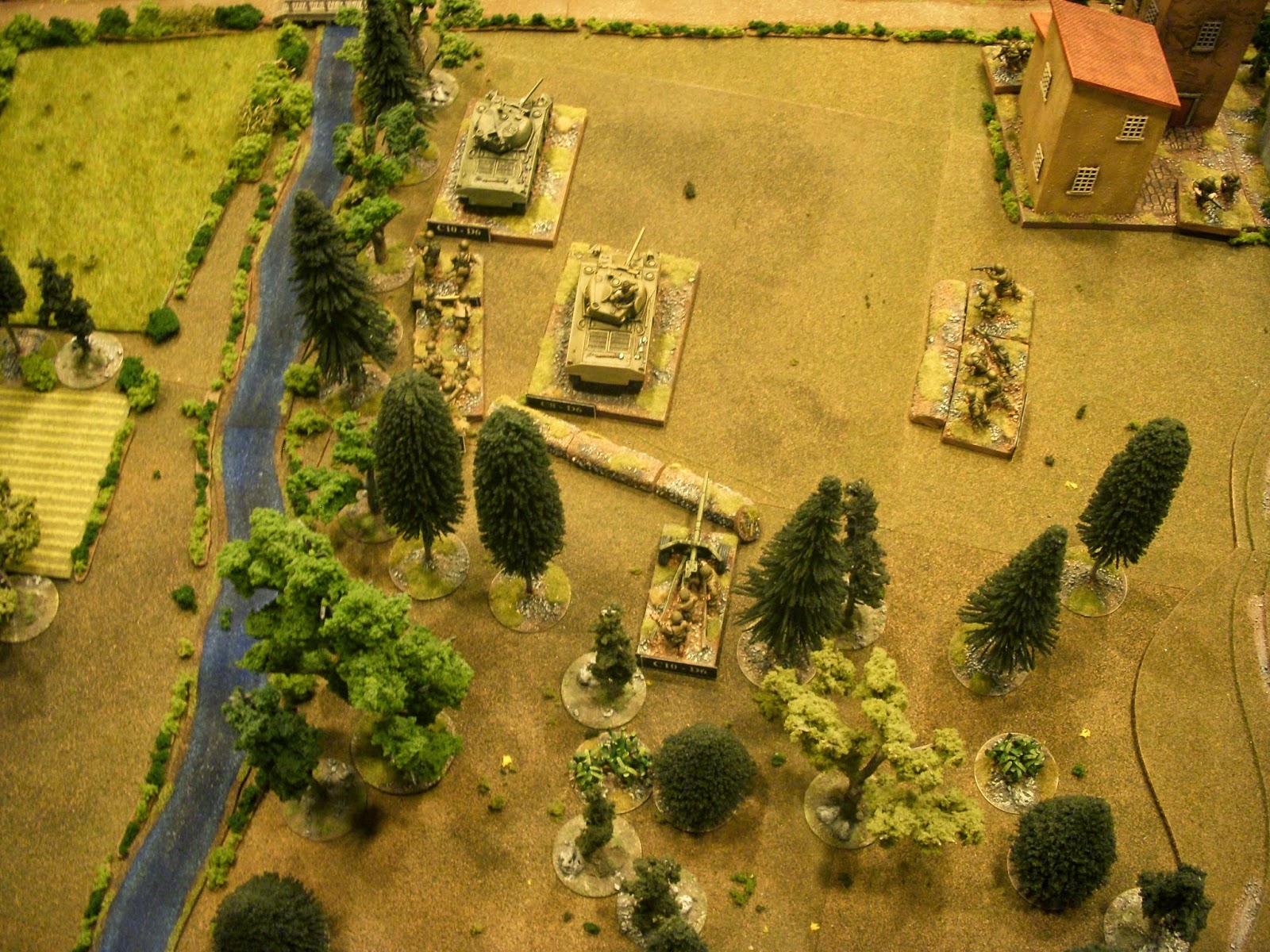 So, the guys are on their way over.  We're playing a late war game, US vs. Germans.  The Germans have a rather intimidating force - King Tiger section, a platoon of Panthers, a platoon of PanzerGrenadiers, etc.   To counter this, the US is fairly light in infantry, but should benefit from having a couple of FO's to facilitate their sections of off-table 105mm artillery.  They also have a platoon of 76mm Shermans, 2 platoons of 75mm Shermans, and a platoon of M10 TD's.   How many Shermans does it take to take out a King Tiger?   We'll find out in a few hours....

Here is the battlefield, prior to the troops being set out. 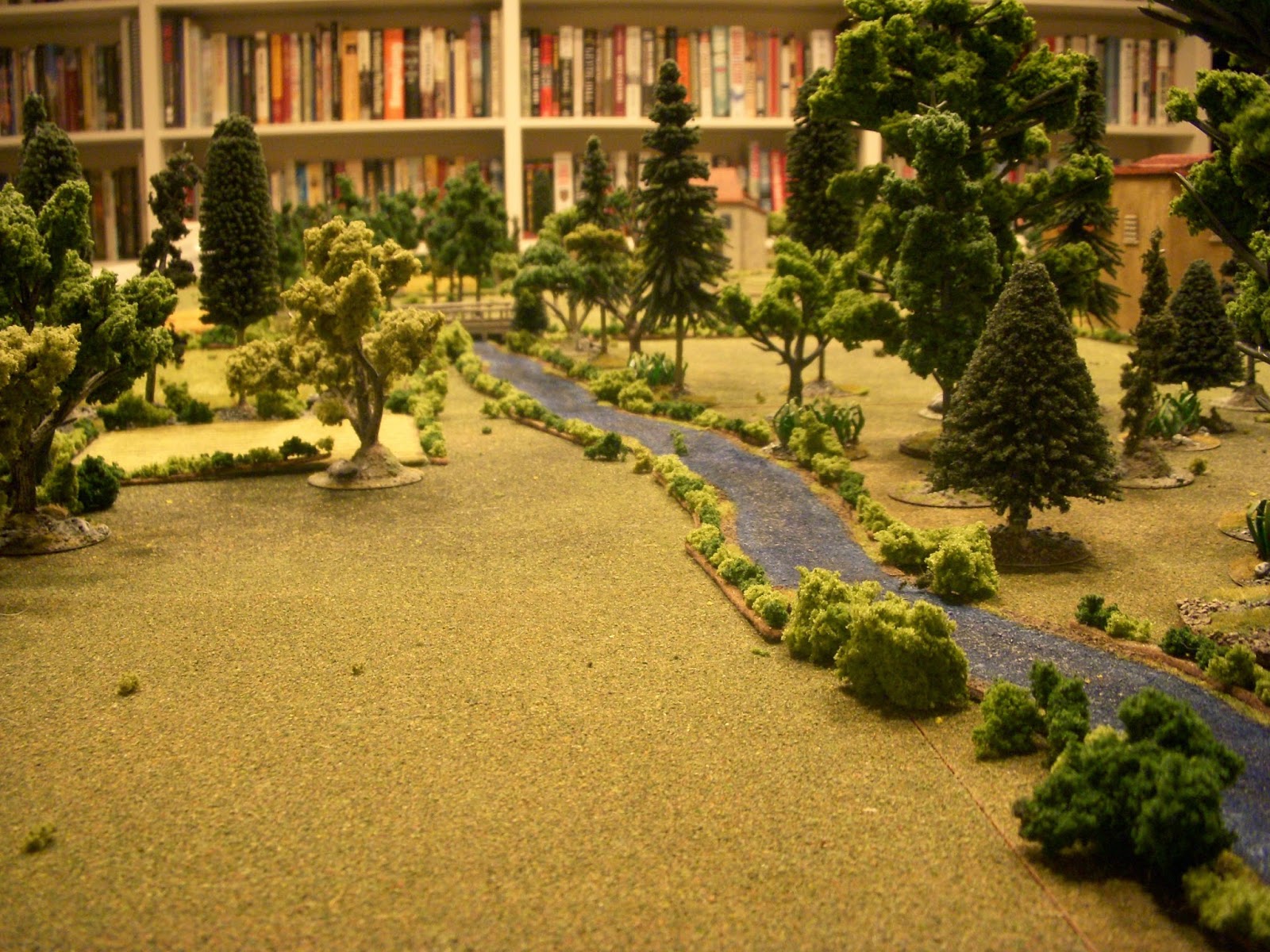 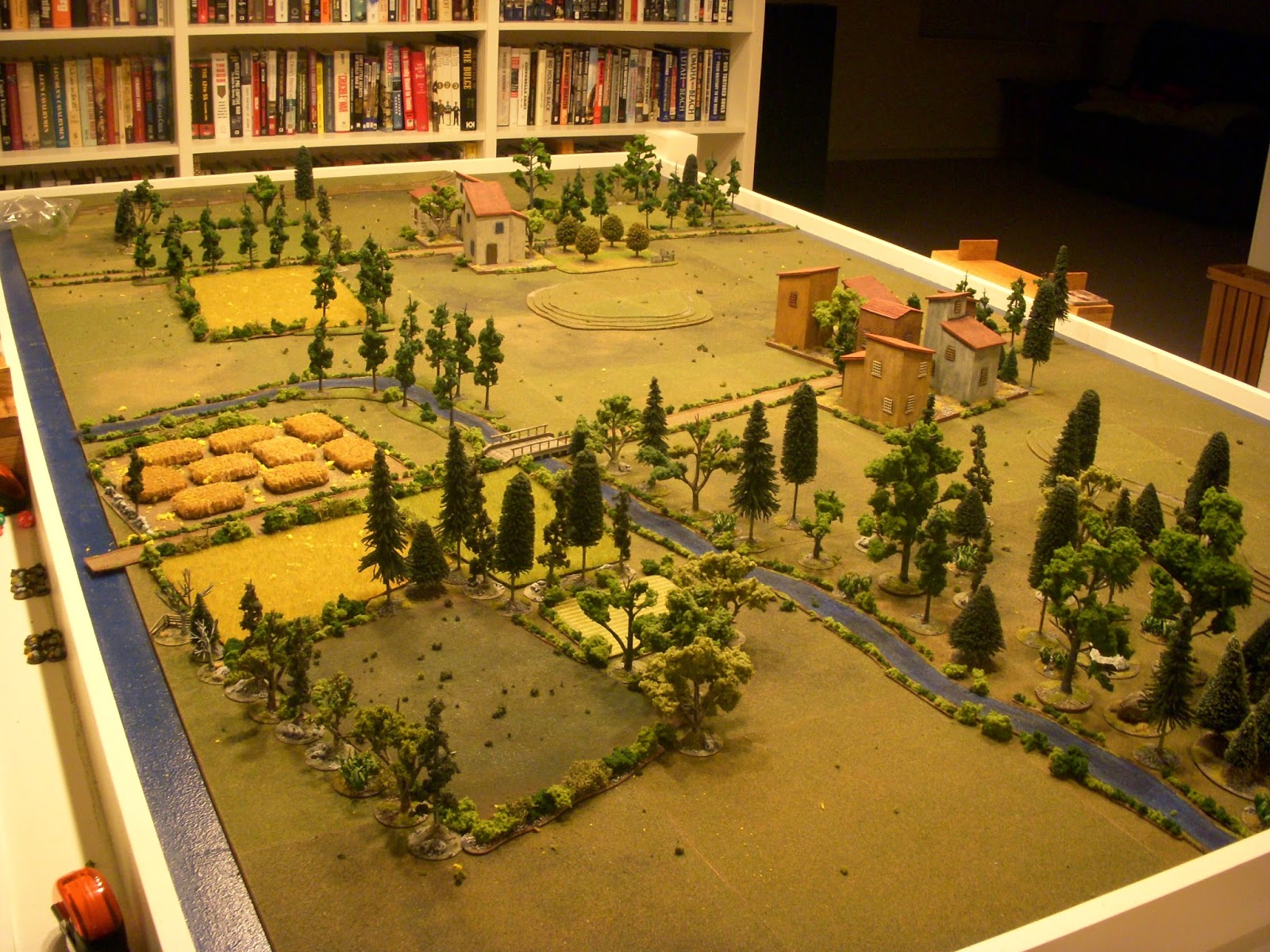 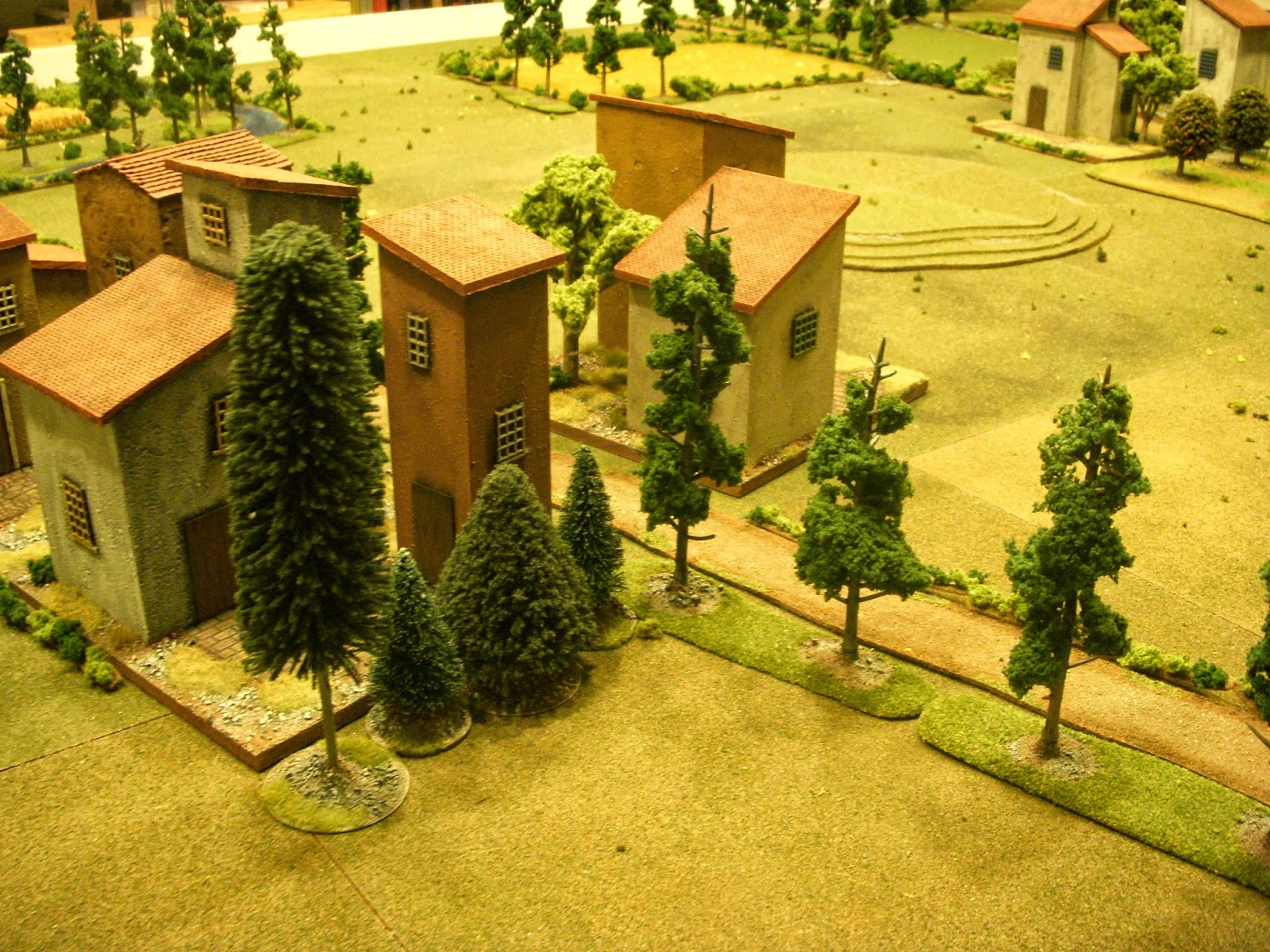 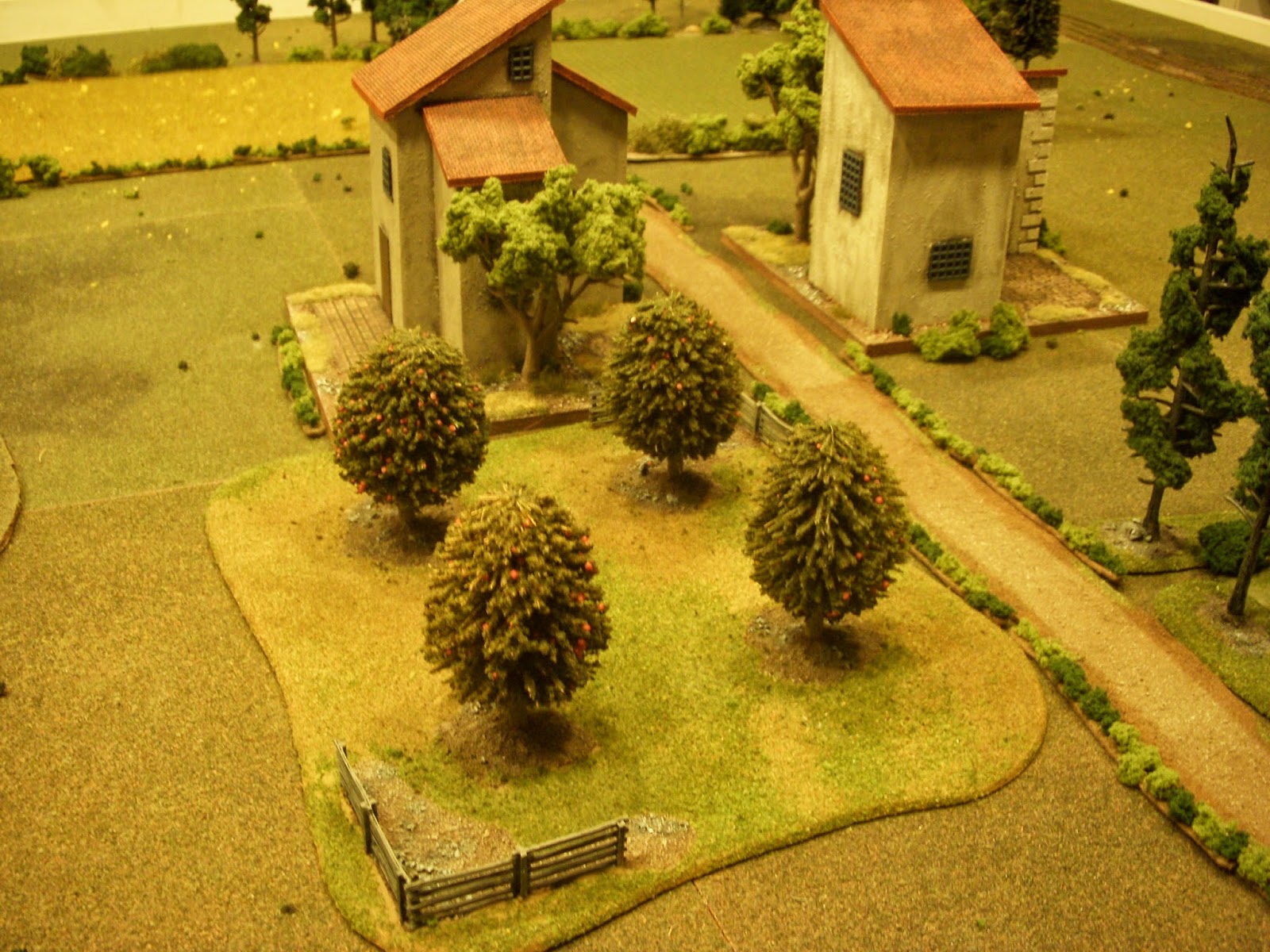 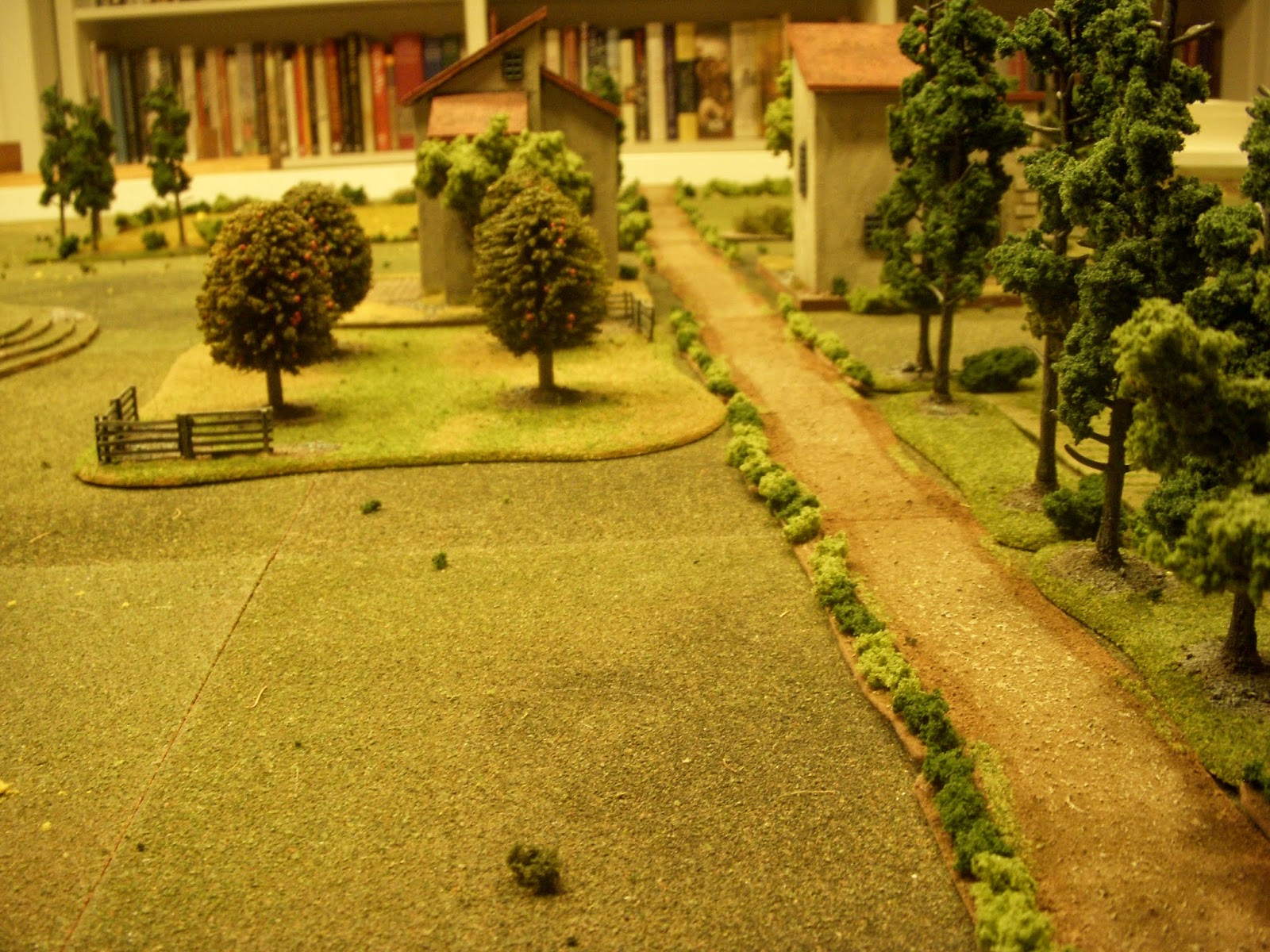 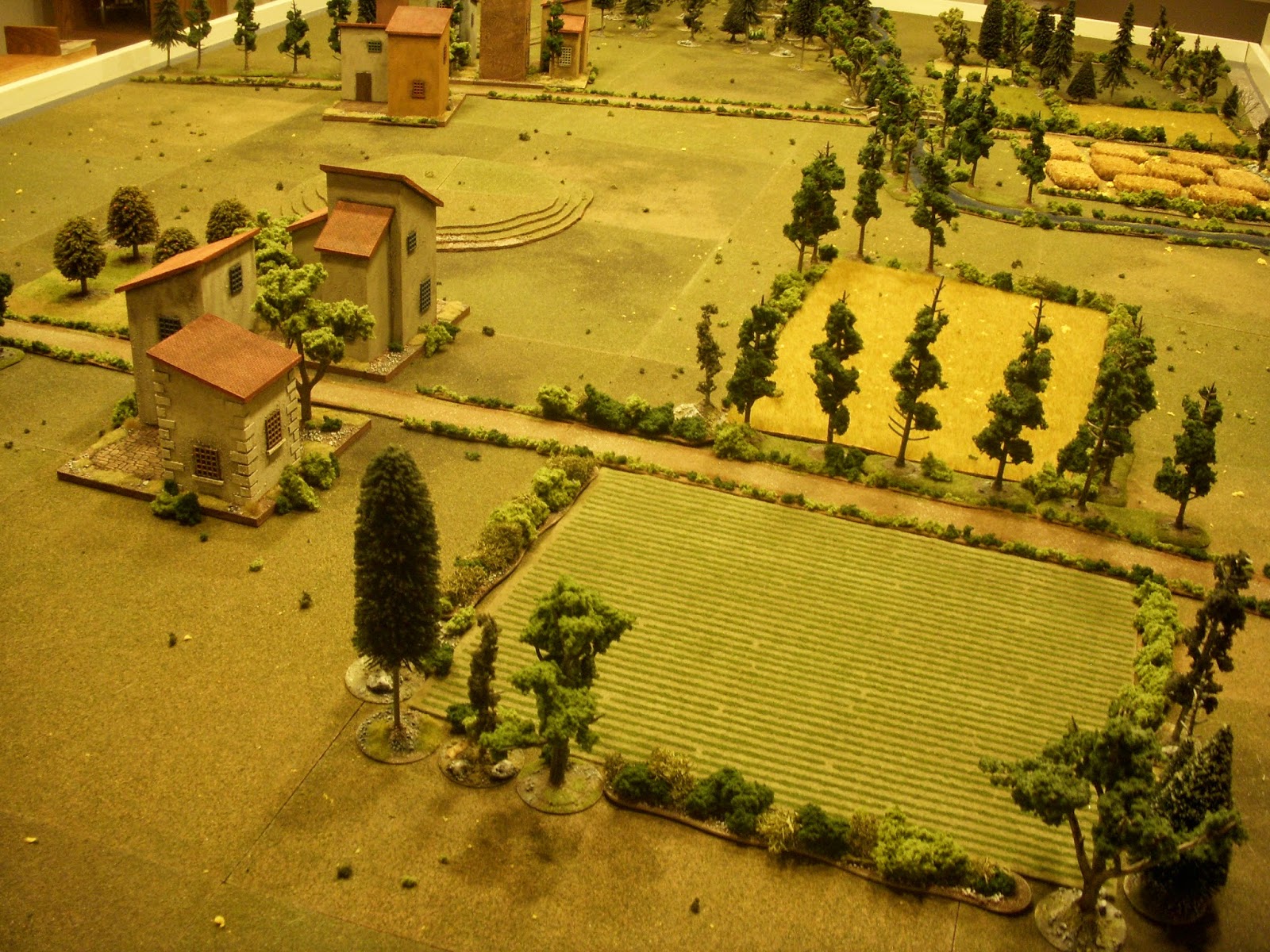 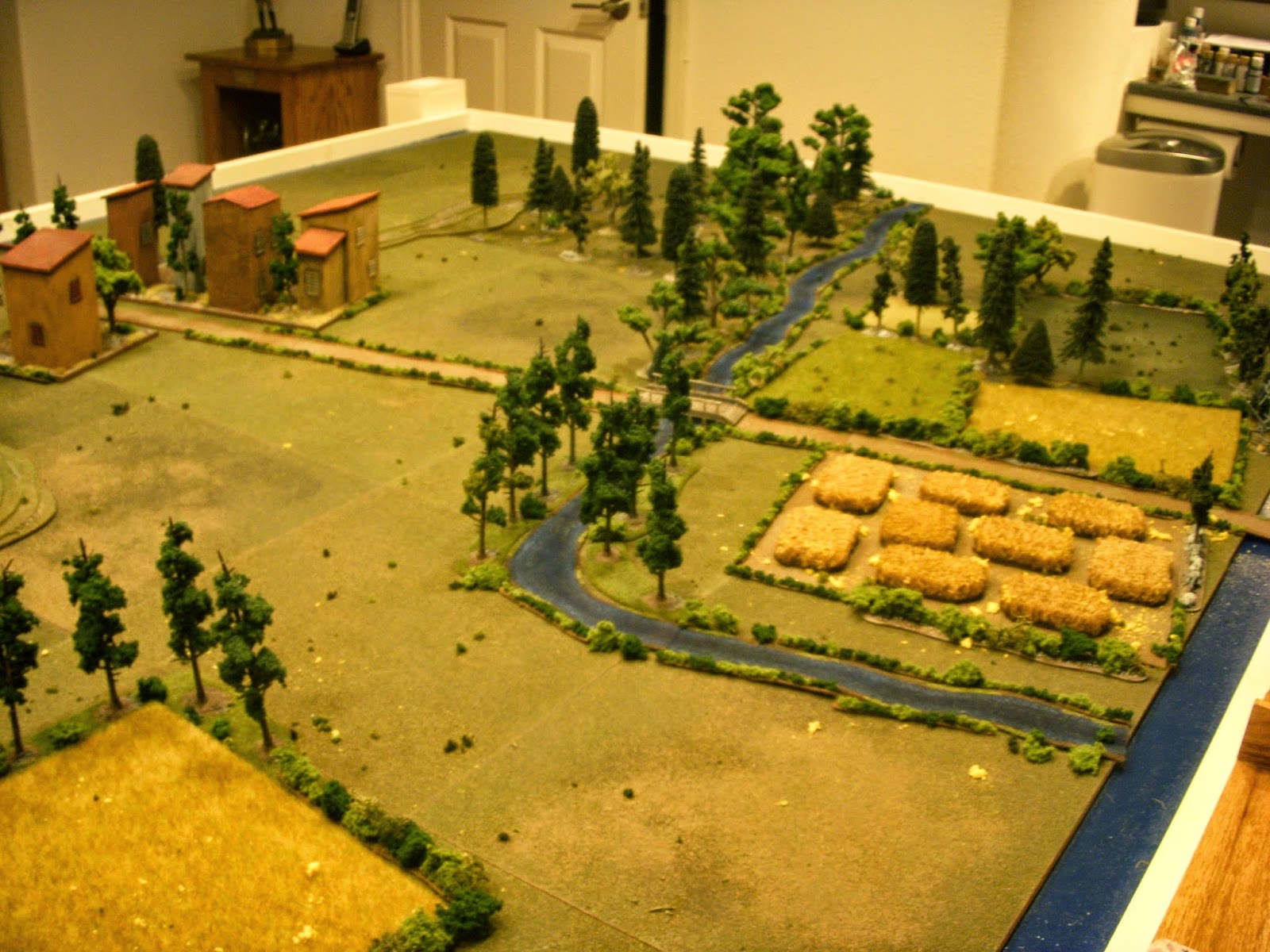