I see that the last post was back at the end of May.  Ouch!   Where did that Summer go??   Well....Mile High Nationals, visit to Rosebud battlefield/Fetterman battlefield/Little Bighorn battlefield, Black Hills/Sturgis motorcycle vacation, wife knee surgery, house projects.....and here we are with the impending first day of Fall!

We played a test game of the new WW2 set of rules I'm working on, titled "'39-'45".   These are a low level game, with each 3 stand infantry unit representing a squad, each vehicle 1-2 real vehicles, each weapon 1-2 weapons.   The game had 2 companies of US infantry vs. 2 companies of German infantry, with a platoon of 3 tank models per side.  I know, I know - not very imaginative.  But, I wanted the game to allow both sides to both attack and defend and it WAS a test game after all.

I'm pretty happy with the rules - they play fast and seem to reward good tactical decisions.  This was a pretty big game - around 23 units per side, and it was played to a decisive conclusion in 3 hours of play time. 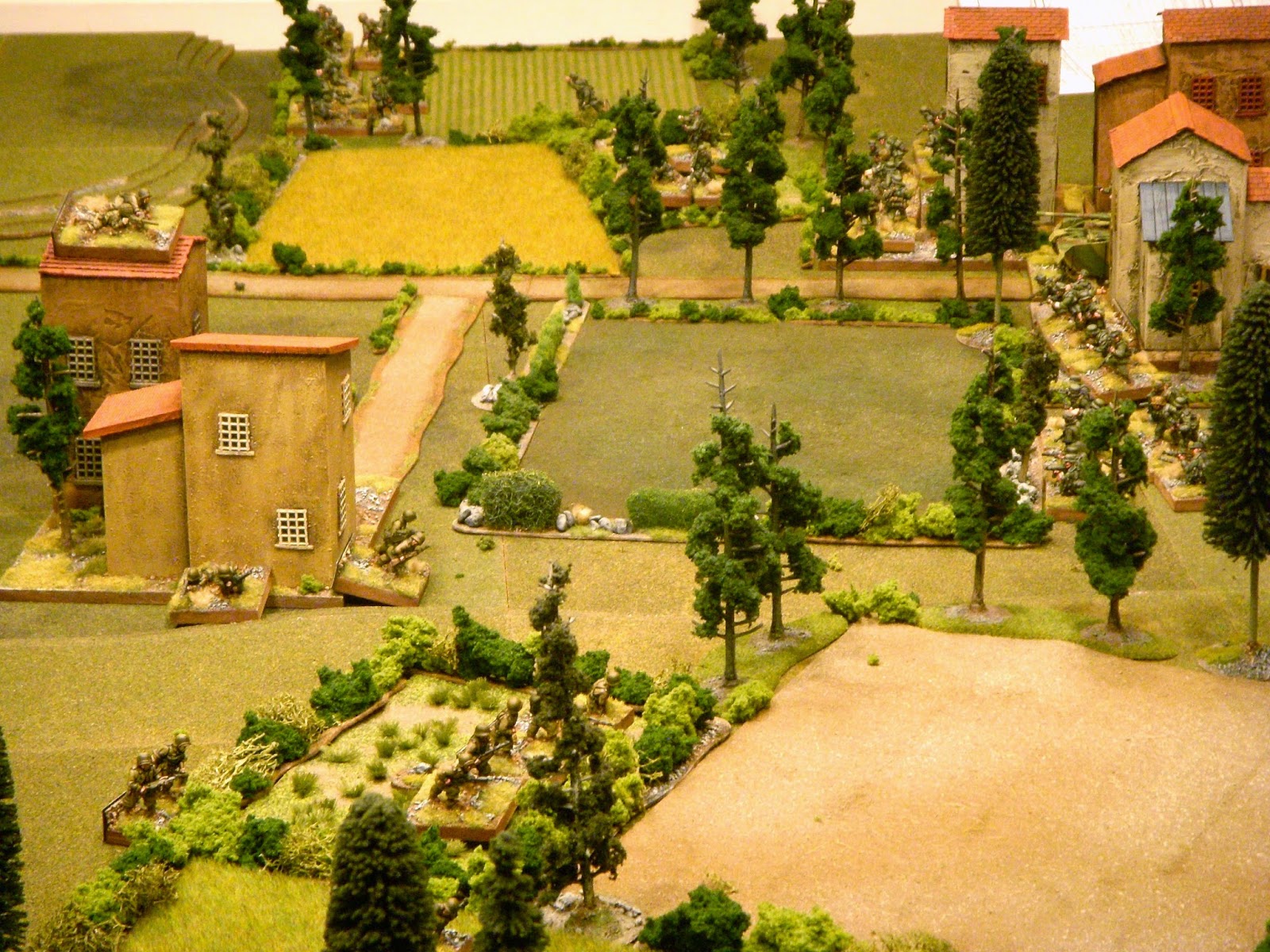 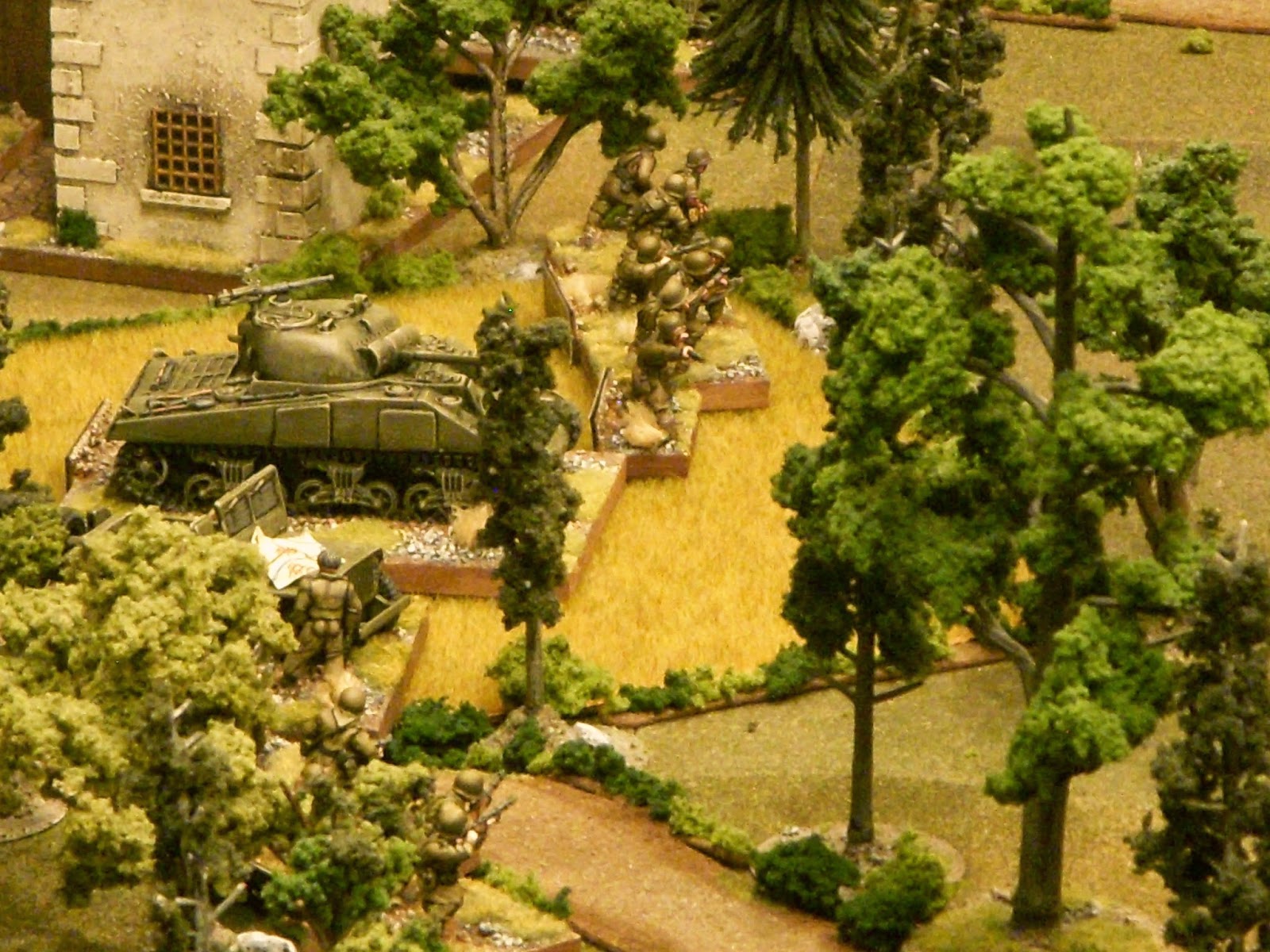 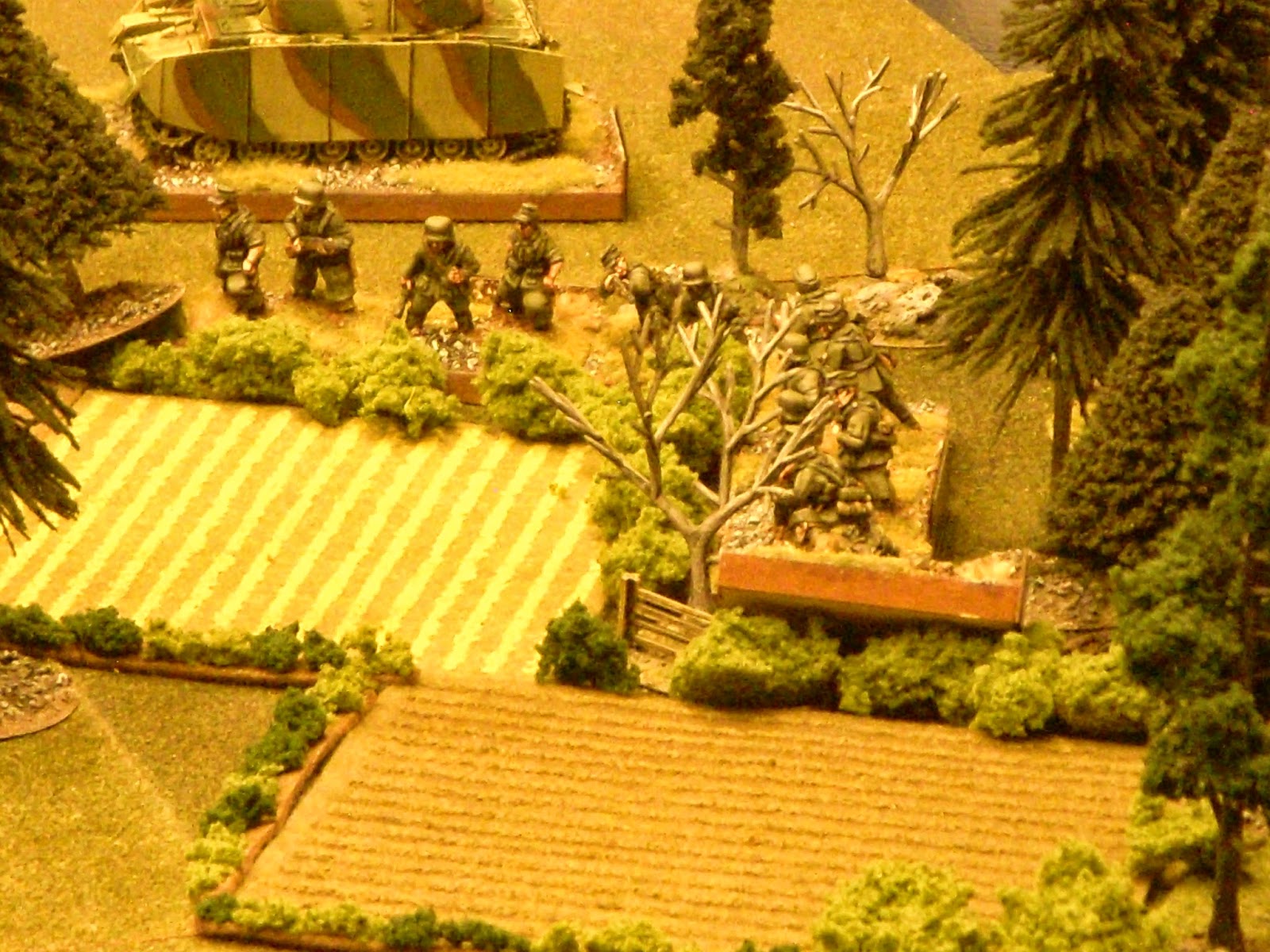 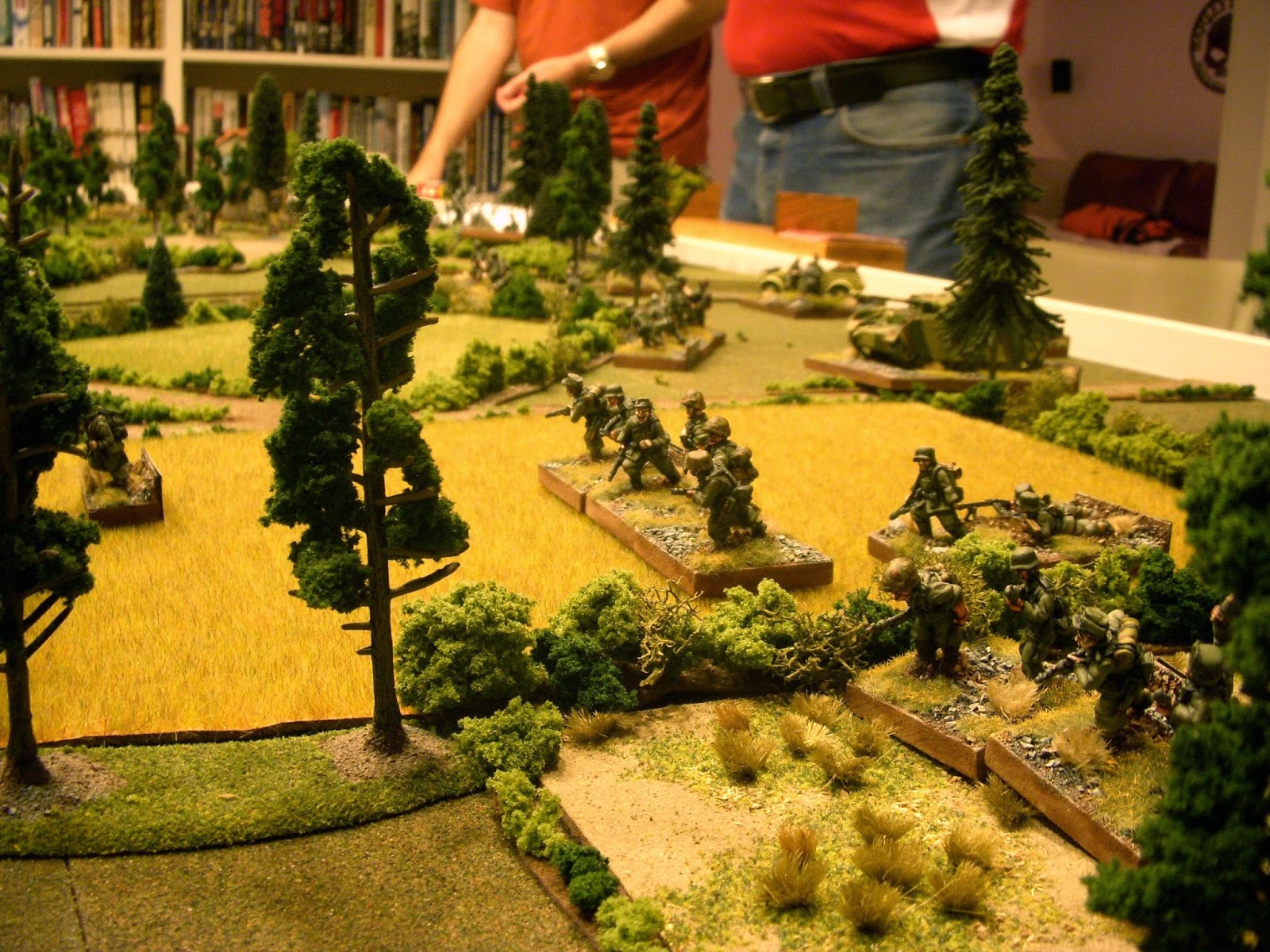 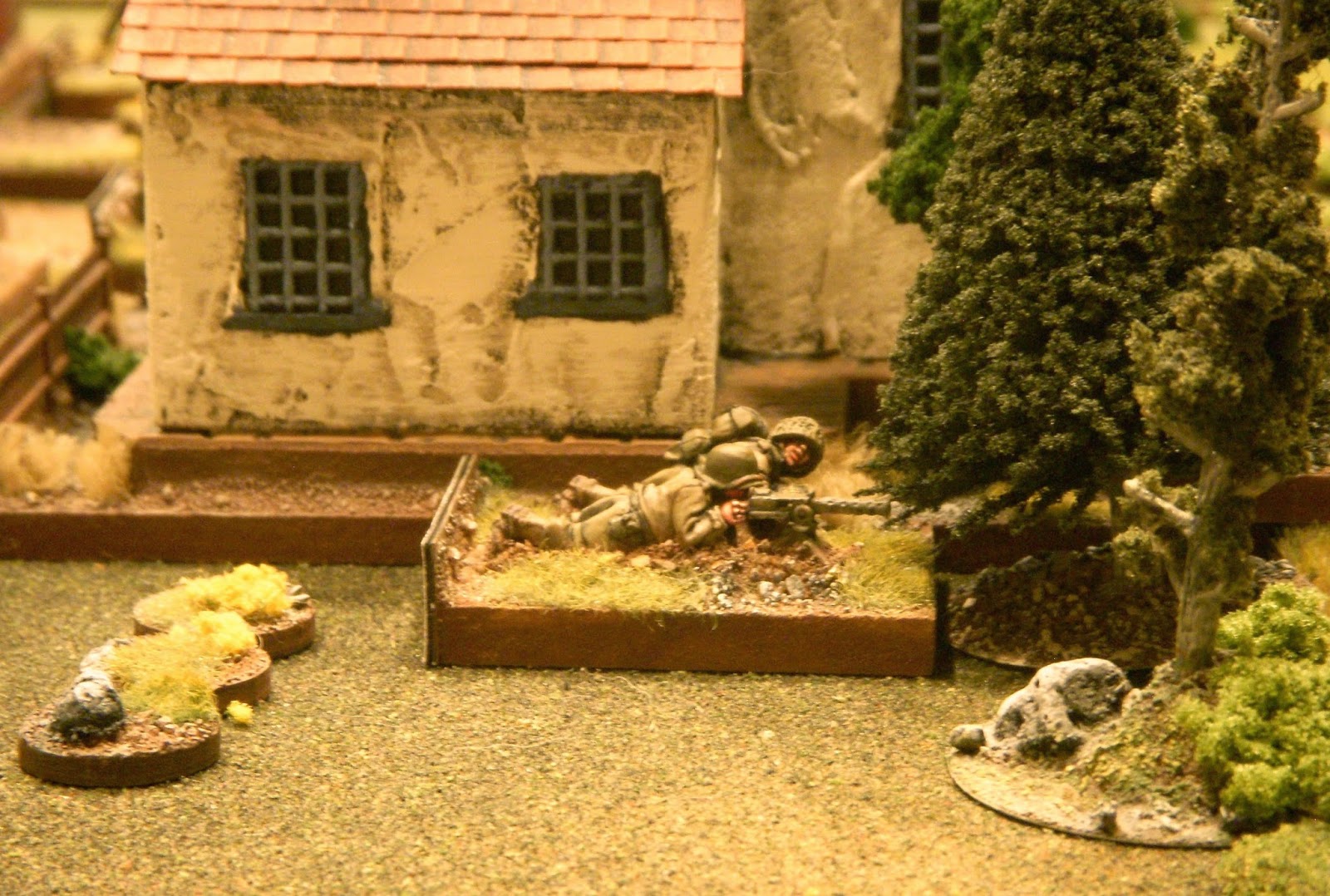 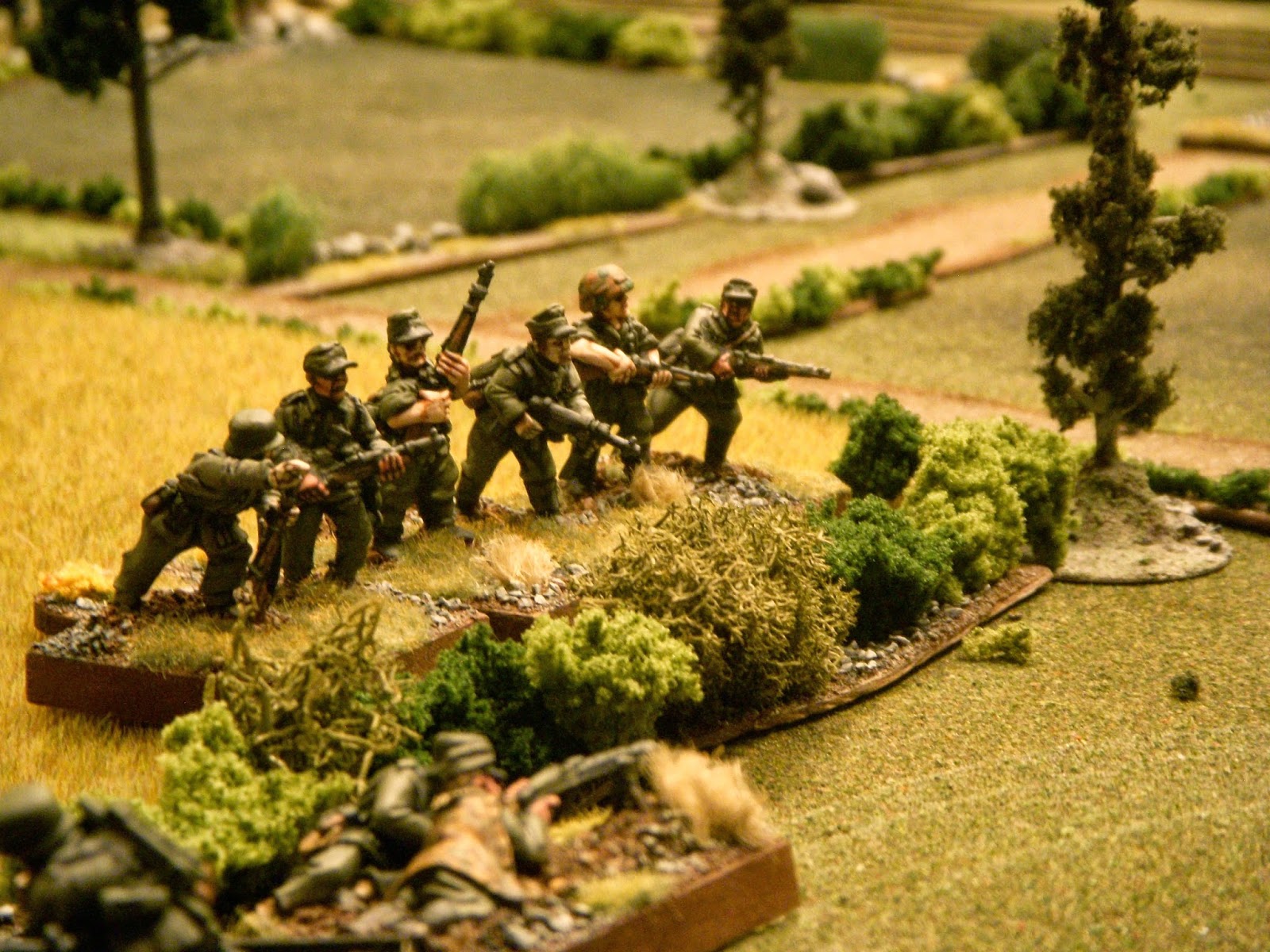 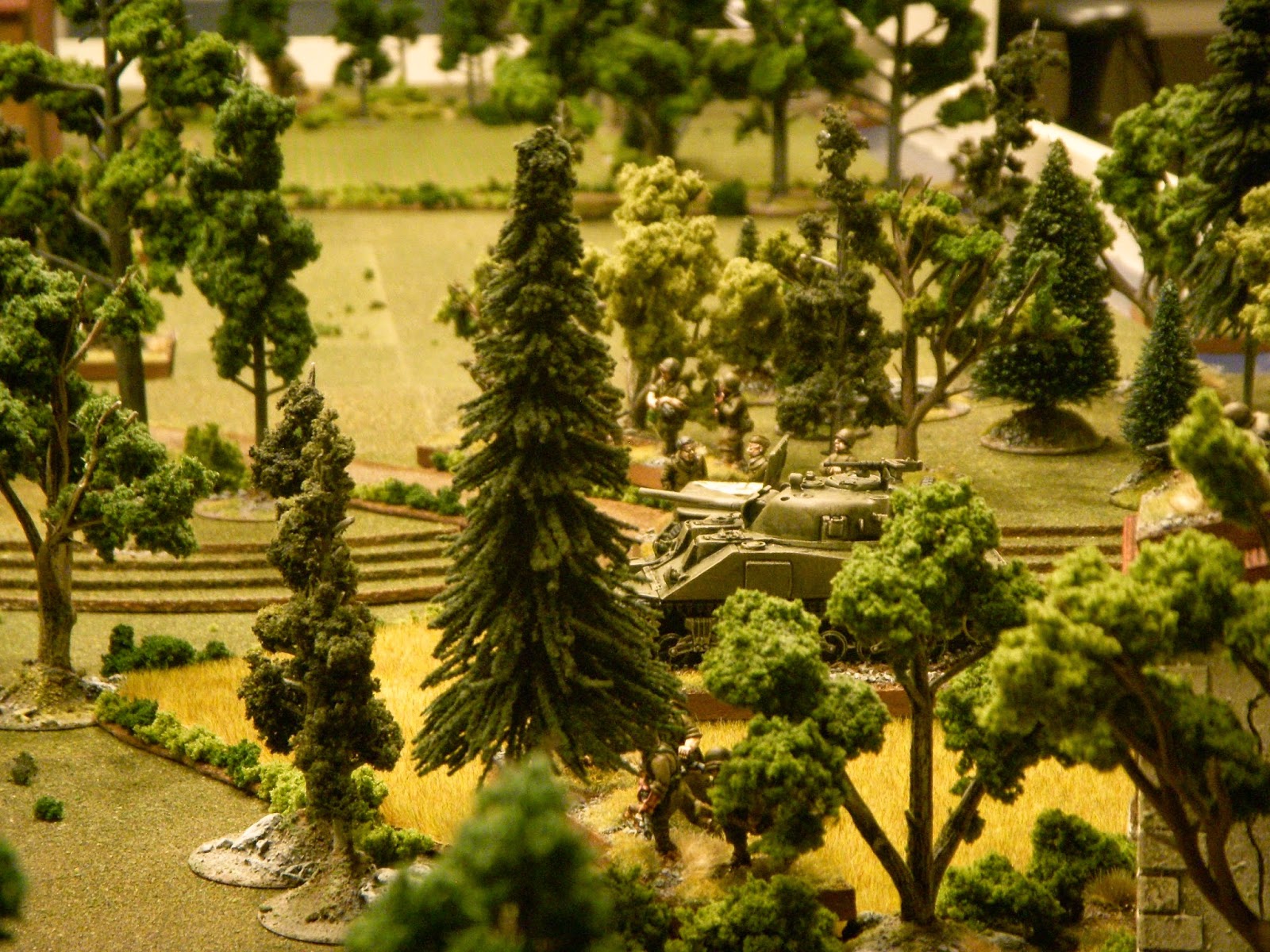