Lots of things happening.   Real life and hobby wise - both!

Oh yeah, and the Broncos managed to suck again.  Luckily the coaching void that was Vance Joseph has been sent packing and that provides at least a glimmer of hope for Bronco fans worldwide.

On the gaming front, I've been working on Field of Battle 3rd Edition, and doing a ton of work on Season of Battle, the campaign system to be included in FoB3.   I'm finally very happy with where SoB is, and it is mainly just some clean up in the rules for it to be "done".

We played two FPW games yesterday, with two run throughs of SoB to set the campaign situation for the second game and then the upcoming (date TBD) 3rd game in the campaign.

As I didn't take enough photos for a play by play report of the game, I'll just post some representative photos. 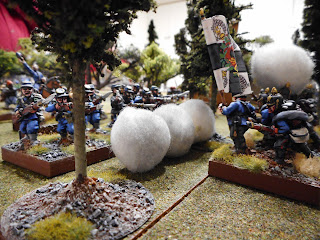 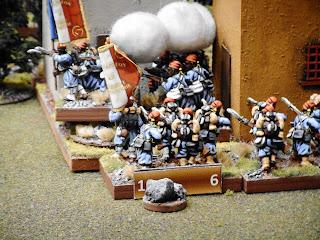 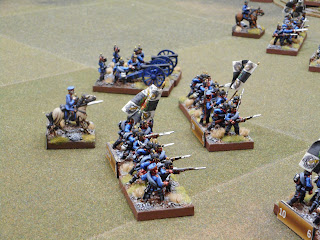 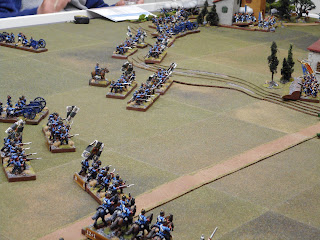 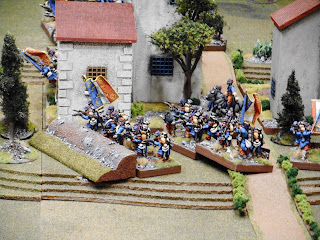 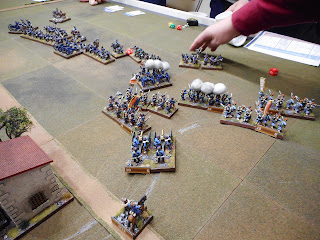 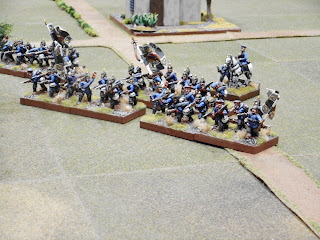 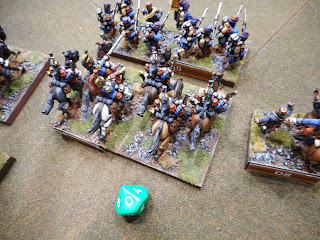 This photo shows the die roll for John's epic triple move, full cavalry brigade assault on the flank of a Prussian command. 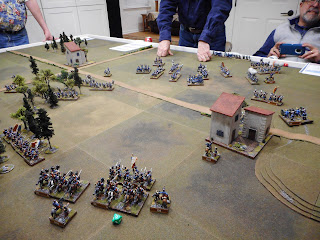 A distant shot, showing John's cavalry command and the distance to the Prussian target....in front of Terry's hands on the table. 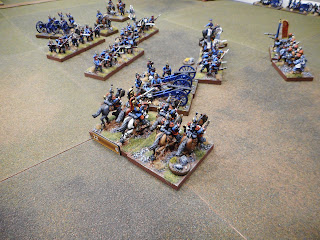 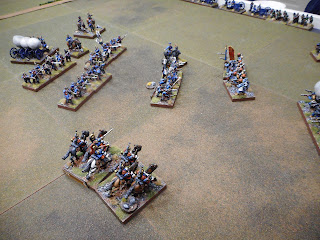 And, that is what was left of the Krupp battery! 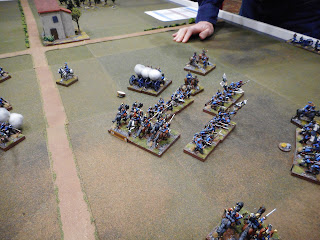 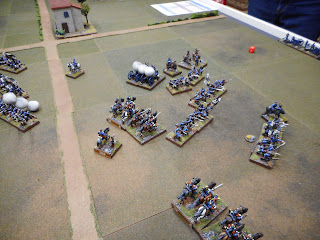 And, that is what was left of the Prussian battalion!
Posted by Brent at 6:45 PM 4 comments: