We played 2 games this past Saturday - Give Fire! (ECW Field of Battle) and Nothing Less Than Victory (a soon to be published WW2 game).

To be honest, I don't really remember which side won either of the games, as I treated them as development games.  Both were a lot of fun, however.  We started the ECW game at around noon, and were finished before 2:30.  The WW2 game started at around 4:15, and was done at 6:30 PM. 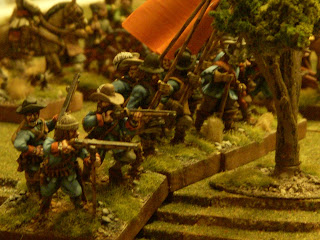 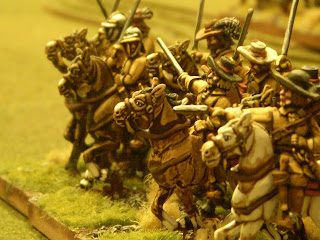 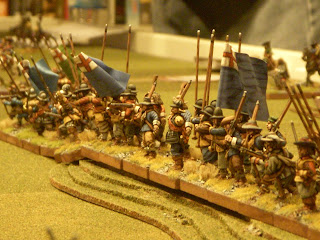 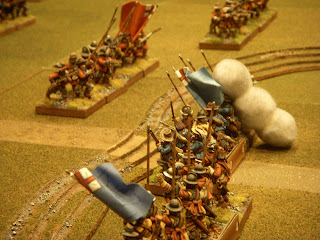 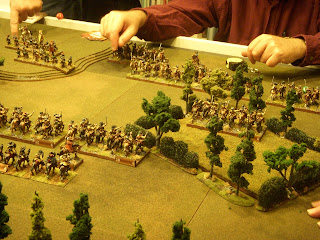 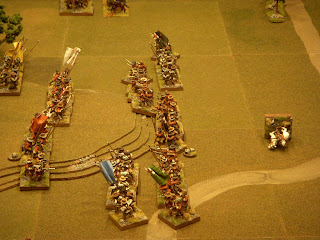 A few photos from the WW2 game follow below.  The notable feature was the presence of the Tiger II.  Unknown to the US players was the fact that the Tiger II had broken down and was immobile.  On top of that, it only had 4 rounds of fire available.  The Tiger made those 4 rounds count, taking out all 3 Shermans and a halftrack with an infantry squad.  BOOM! 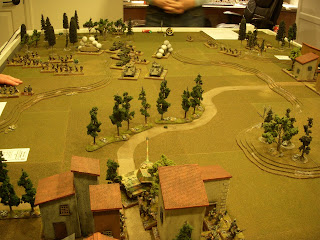 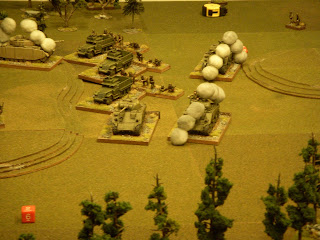 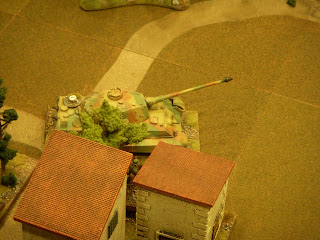 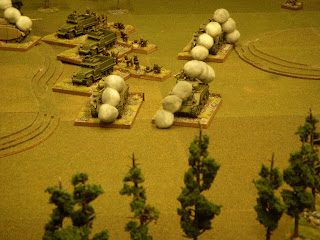 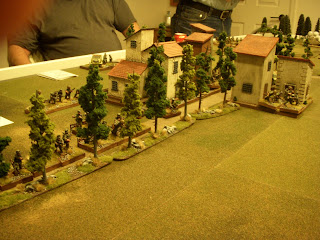