We played an ACW game Saturday, that turned into two games!

But first - Robert Kraft and Bill Belicheat disgust me.  Proof again that NFL teams will continue to cheat if it means they ultimately can win the biggest prize, the Super Bowl.  The arrogance of an owner of a cheating franchise that out and out demands the league provide an apology for having the temerity to question the ball inflation issue, plus the continued track record of a head coach that has clear contempt for league rules - you must be proud, Patriot nation.   Someone needs to figure out that the more Robert Kraft speaks, the worse the Patriots appear.

Anyway, on to our games.   The first game (FoB2) had an Abysmal CSA deck vs. an Average USA deck.  An even bigger factor was the D8 CiC die for the Confederates vs. the D12 (!) for the USA.    It wasn't much of a competitive game, as the USA was aggressive in attacking the Confederates (meaning - the CSA couldn't ever seem to get Move cards!) they caused loss after loss.   The game ended after 1 hour and 15 minutes with a crushing USA victory.

Game 2 was a bit better for the CSA.  I adjusted the decks to make them both average, and we re-rolled the CiC's - both ended up D10s.   This game ran about 1 1/2 hours, with the CSA pressing the attack.  Alas, the end result was the same - a decisive (rather than crushing) victory for the US forces.   A bad day to be Confederate!

I rated 90% or the troops as Raw, as this was a series of early war battles.  I'll adjust those to be a spread around a Regular rating as we move forward in beginning the campaign.  We ran through the campaign procedures (A Bold Enterprise) and set up the game for next month. 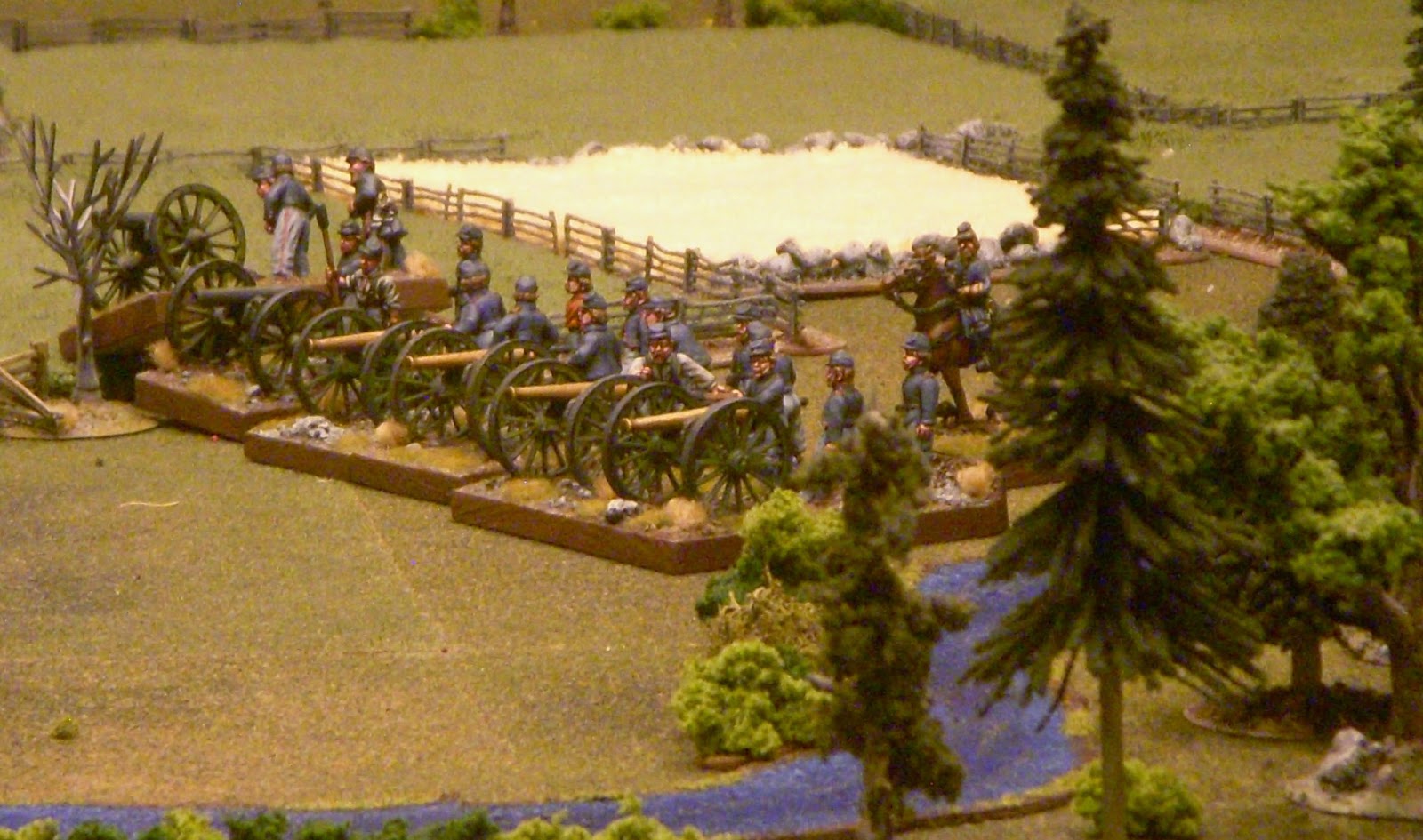 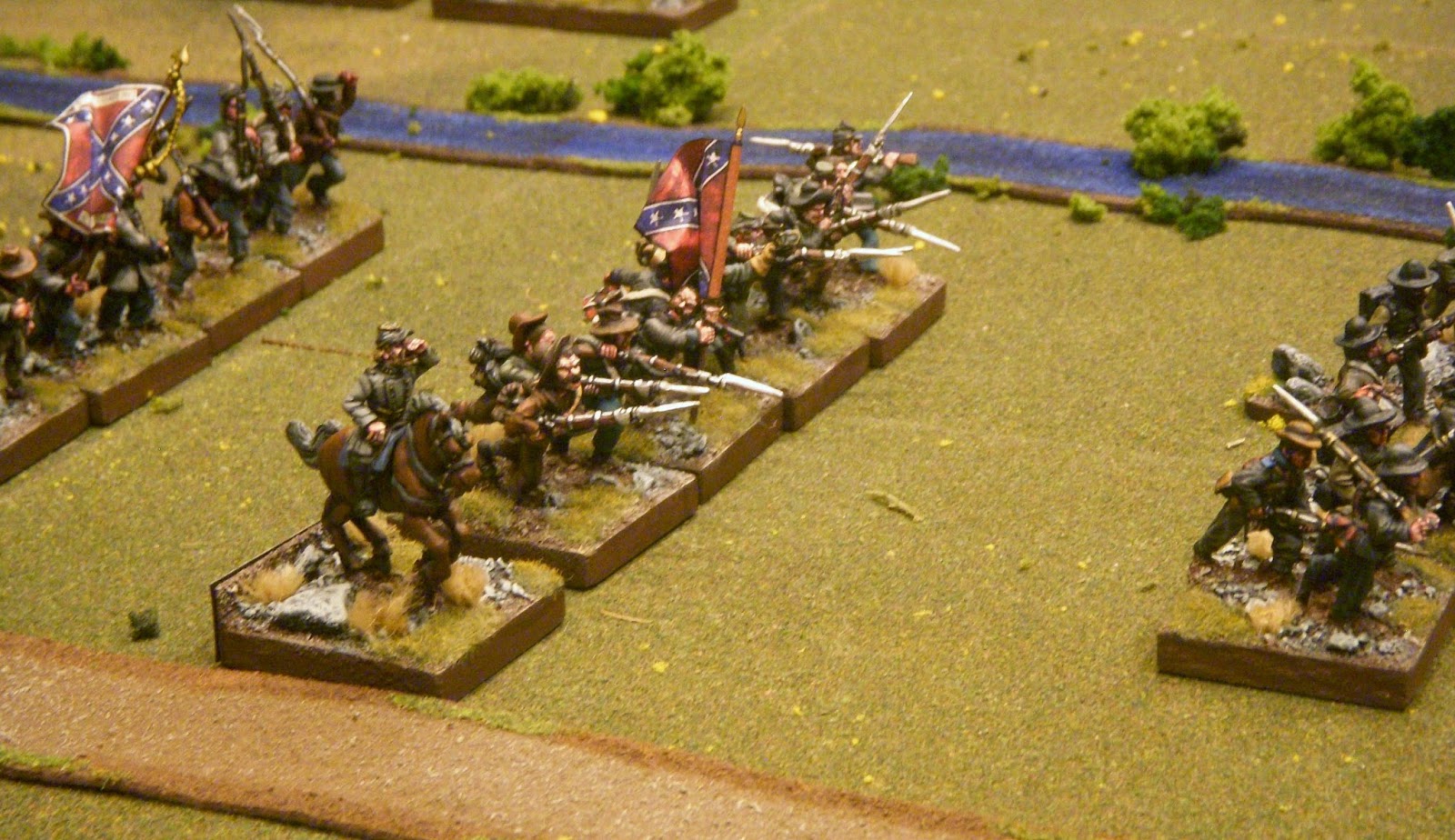 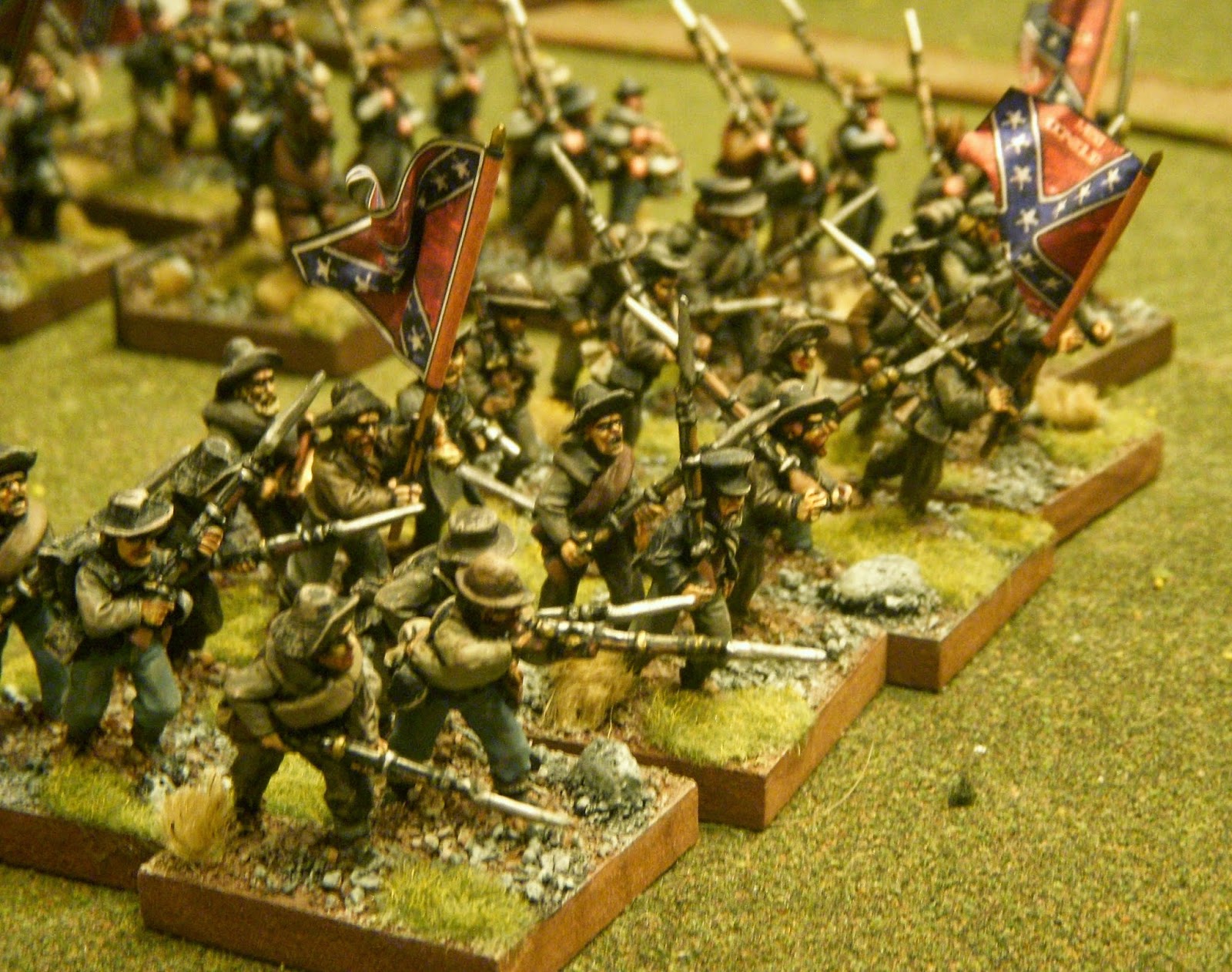 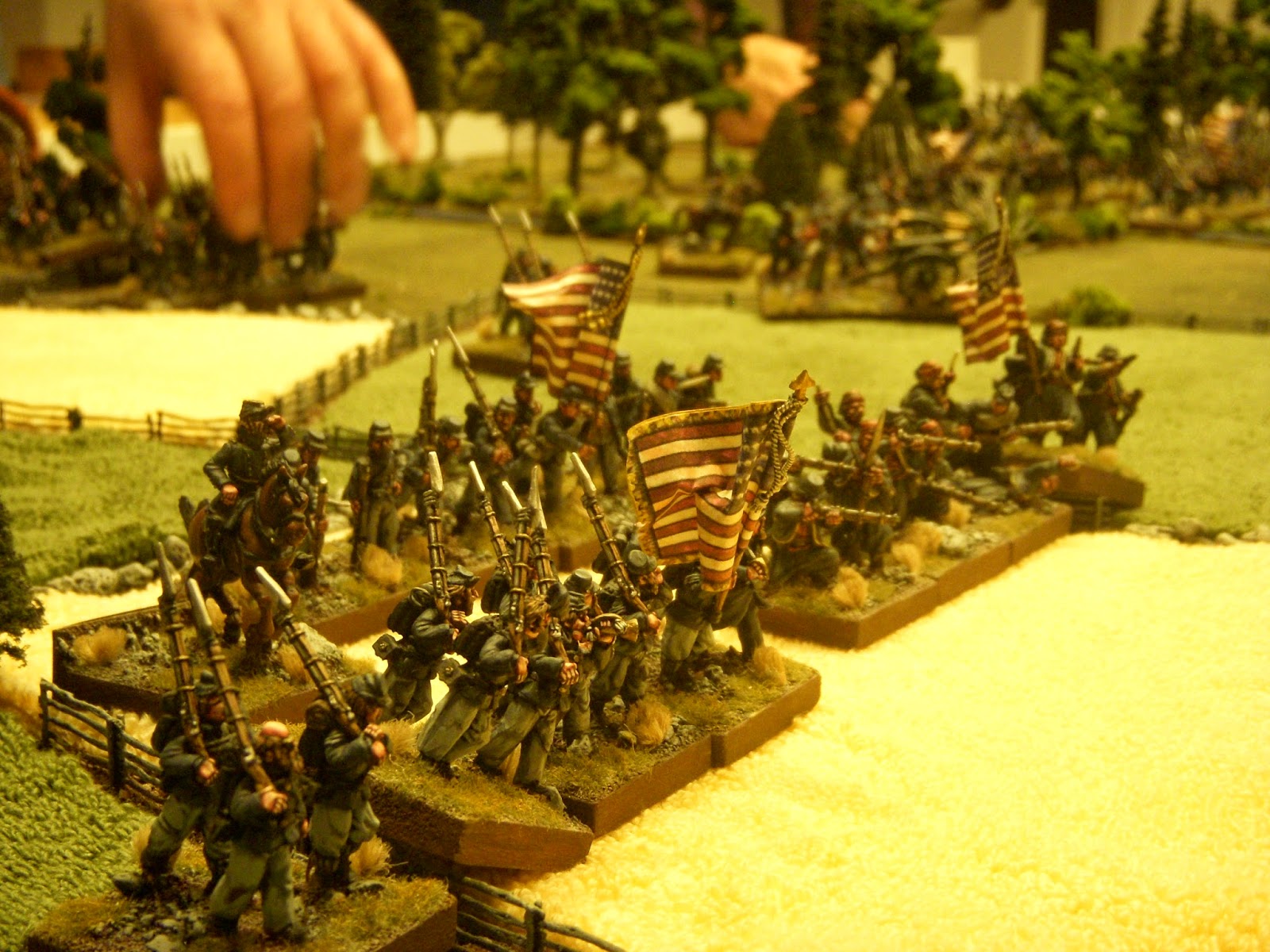 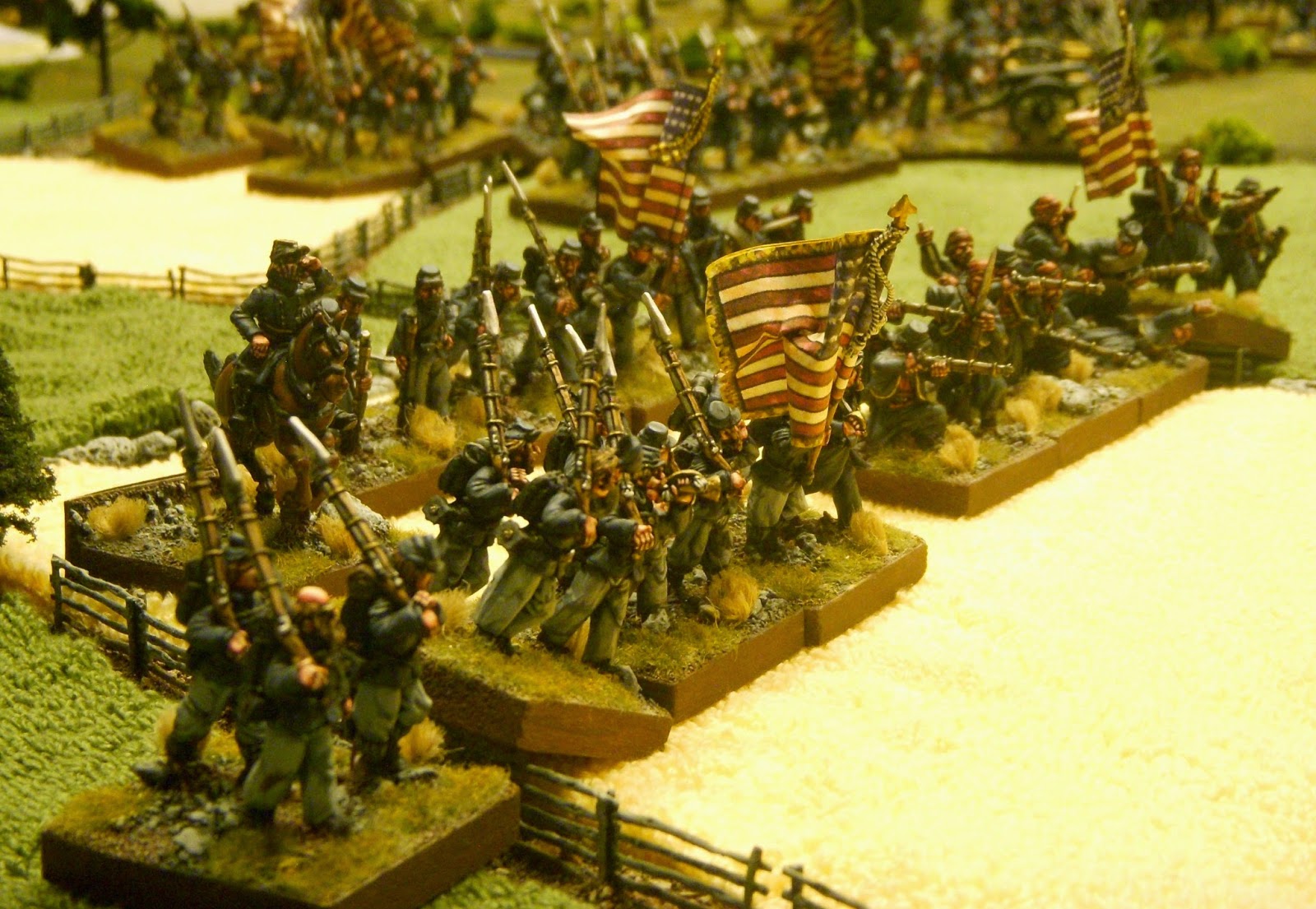 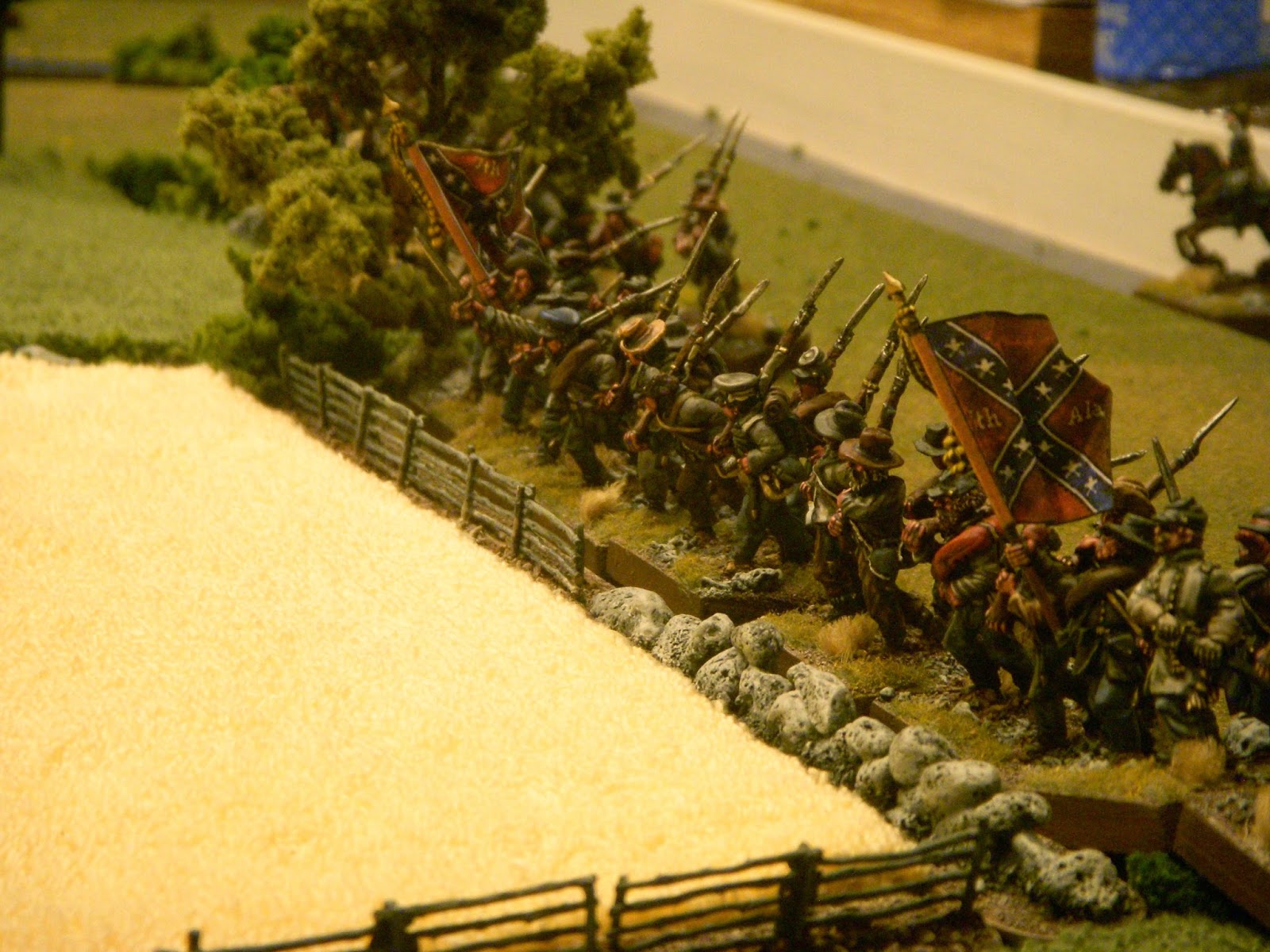 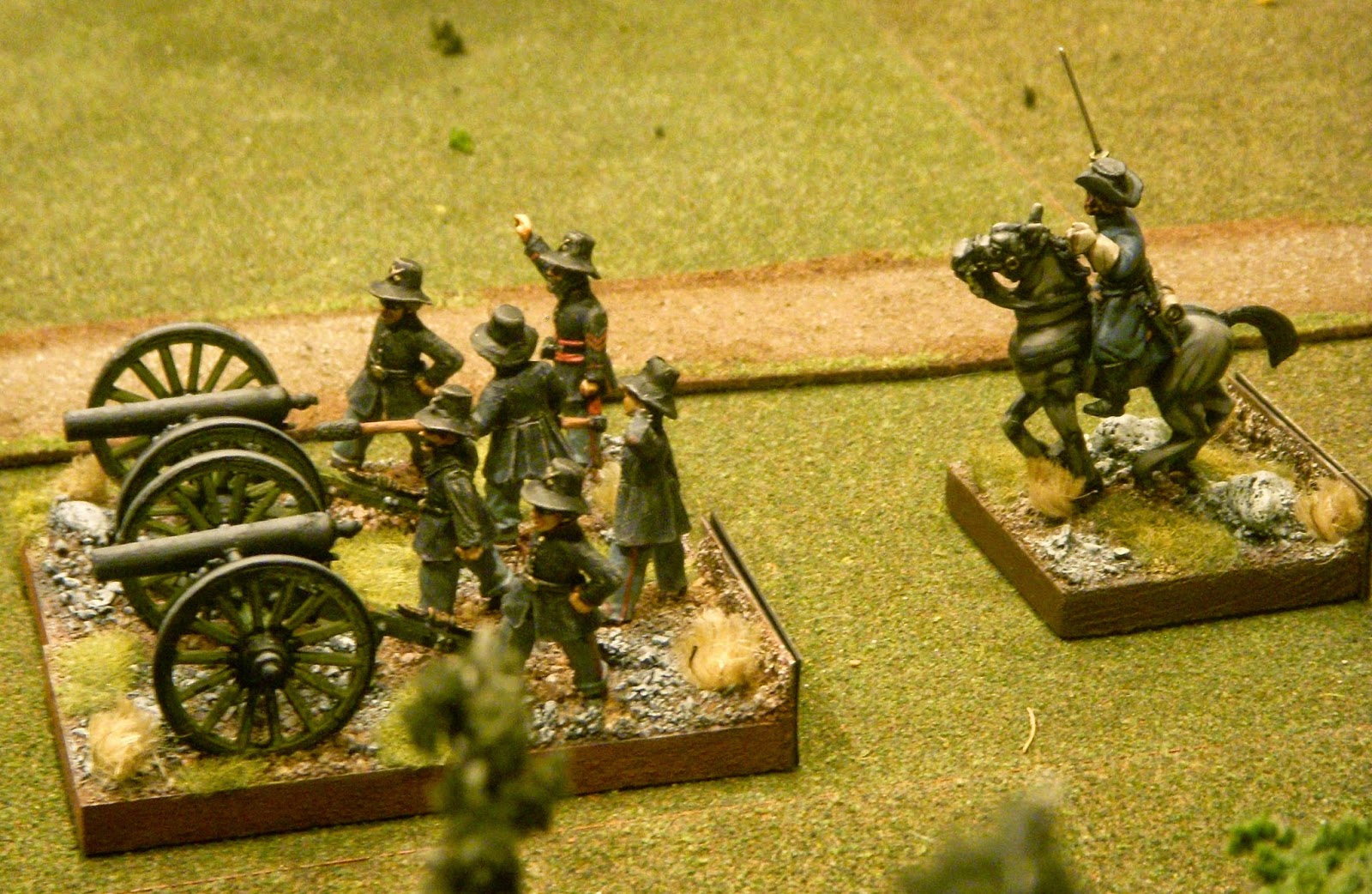