As I've prepared our next games for tomorrow - ECW, using the not yet released mini-supplement for FoB2, "Give Fire!", I thought I should post some photos from the previous game.

Based on previous test games, I'd made some minor changes (salvo fire, commanded shot, some minor modifiers).  I also rebased all of the pike and command figures, so now all foot units have 3 stands.  I really really really like the look of foot units with 3 stands.  They just look more "clumpy" and less linear.   Anyway, now for the photos of our somewhat game of 2nd Newbury: 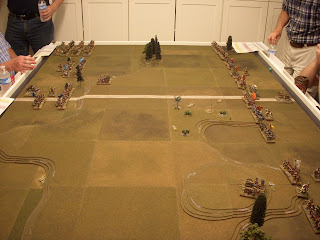 A rather uneven deployment 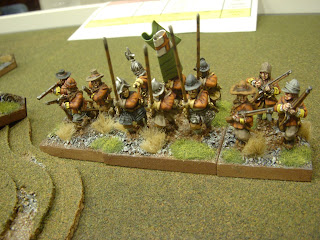 Close Up of the new infantry basing 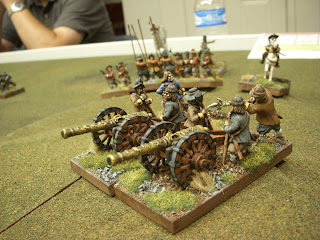 Guns ready to Give Fire! 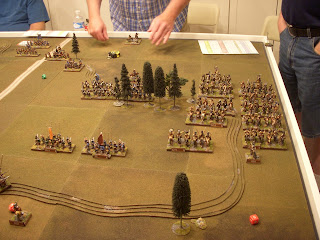 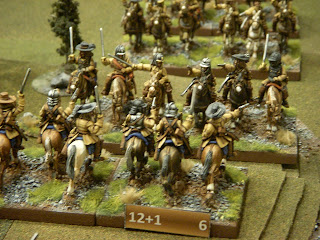 I don't think they knew they were going up against a 12+1 unit! 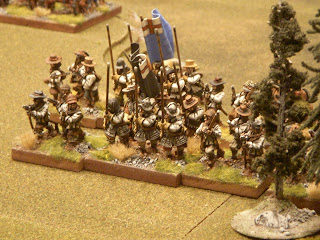 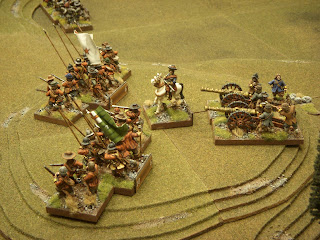 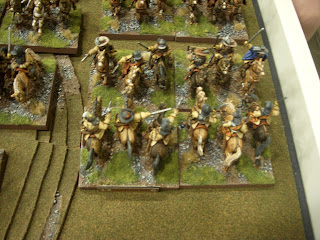 More of the horse melee 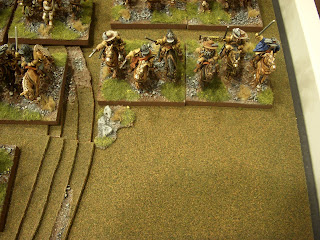 Less of the horse melee 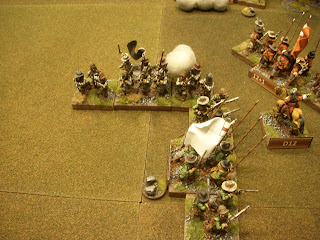 I think that qualifies as a flank attack 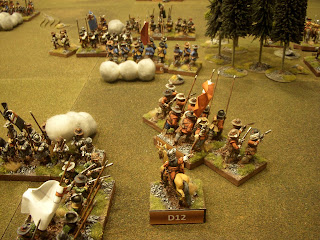 Who is going which direction??? 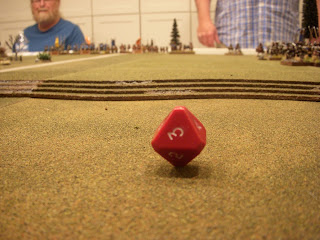 And finally, somehow, one of the players managed this die roll.
Posted by Brent at 4:00 PM 12 comments: