We had a smaller group yesterday for our first playtests of the new "Pulse of Battle: Ancient & Medieval" rules that I've started working on.   They'll be an expanded and modified version of Pulse of Battle, covering the ancient period up through the Swiss Burgundian war in the late 1400s.

The games we played were both Republican Romans vs. a Gaul army.   There's not a lot of nuance in playing a Gaul army, and not much tactical flexibility.   The Roman army is the complete opposite.   I didn't expect the Gauls to win (I used the same troop count for both sides in the first game) as I was primarily doing rule testing.   The Gauls didn't disappoint.   They were CRUSHED in the first game.  The Romans blew a wide hole in the middle of the Gaul army, decimating the Gaul's Army Morale Point total, and the Gauls happily failed their first Army Morale test.

The second game had the Gauls with about a 40% advantage in army size......and they still lost.   The Romans concentrated on the Gaul right flank, and the Gaul left flank couldn't get enough movement to ever get into the game.   The Gaul cavalry on the right had an opportunity to sweep around the Roman left/rear, but couldn't seem to get going. 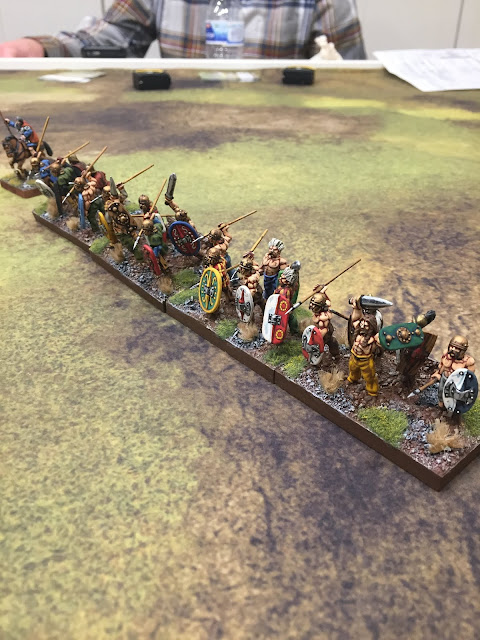 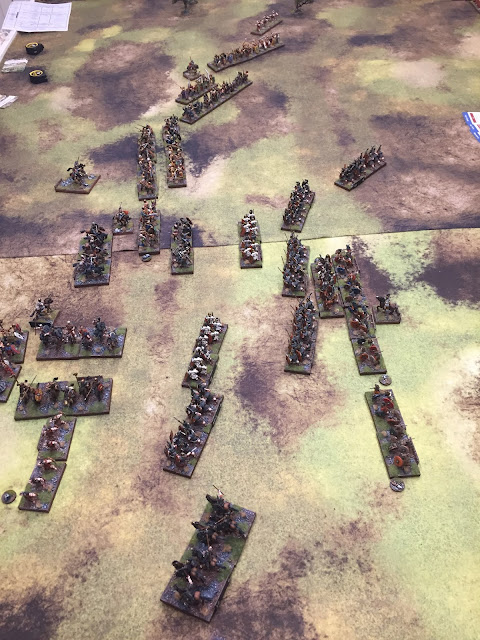 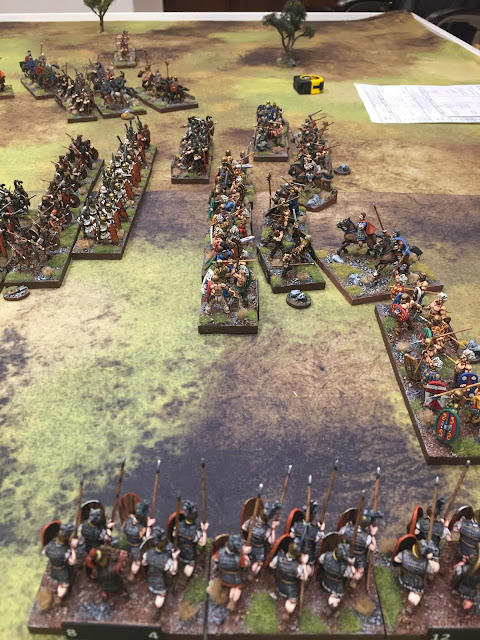 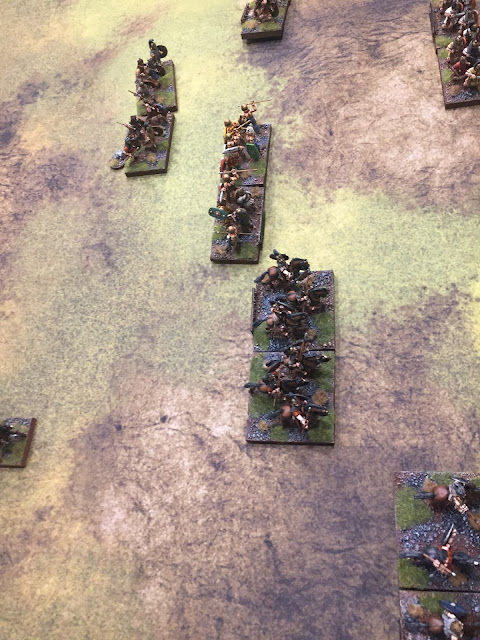 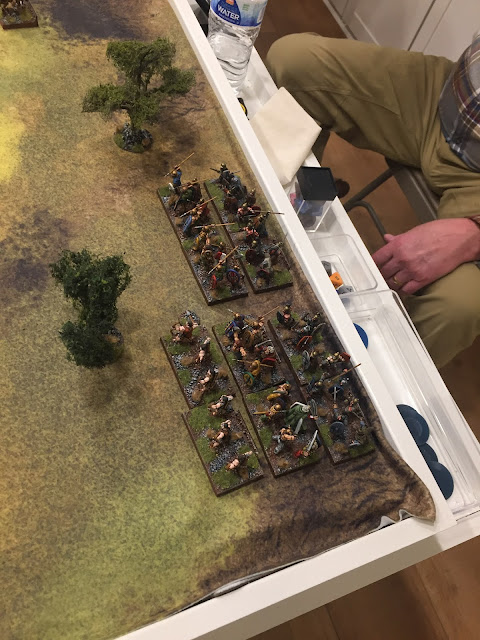 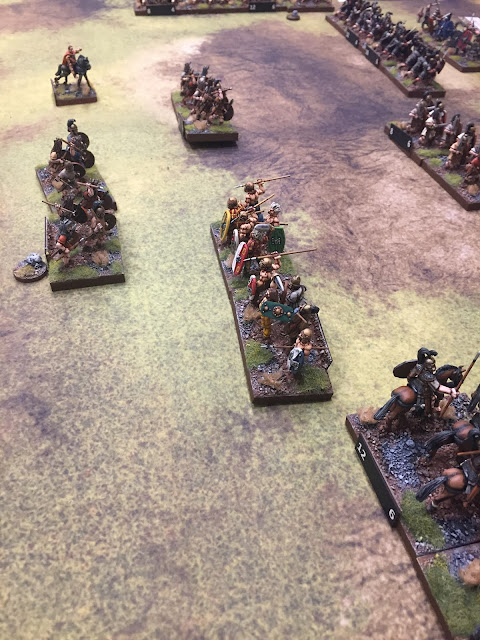 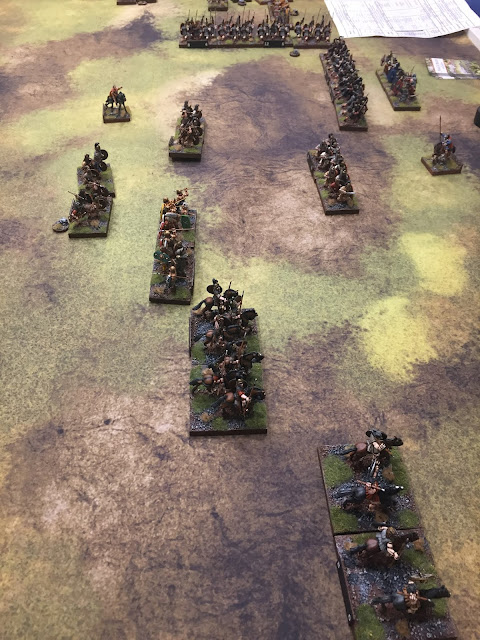 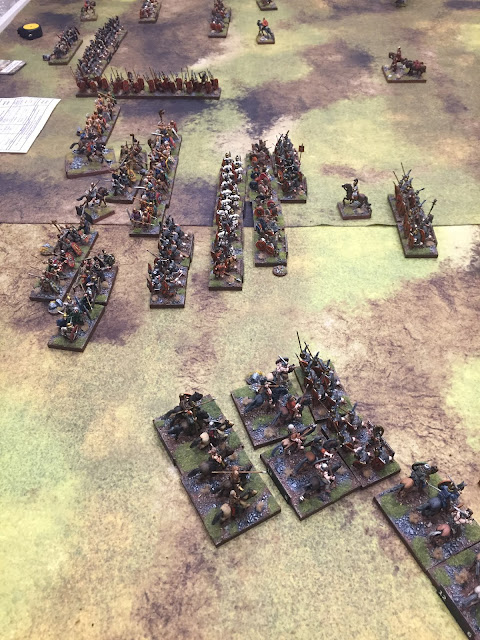 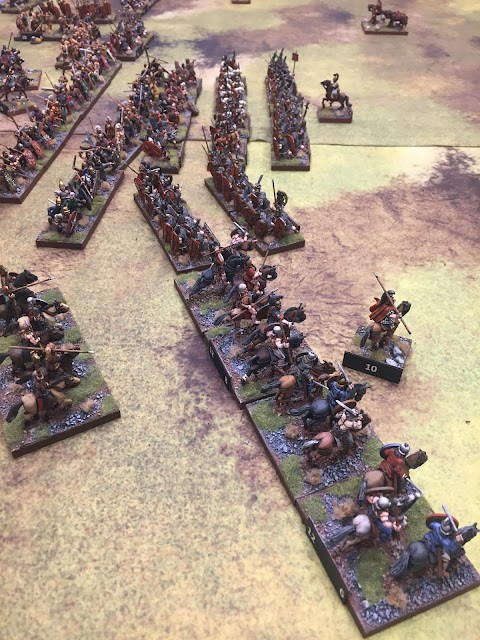 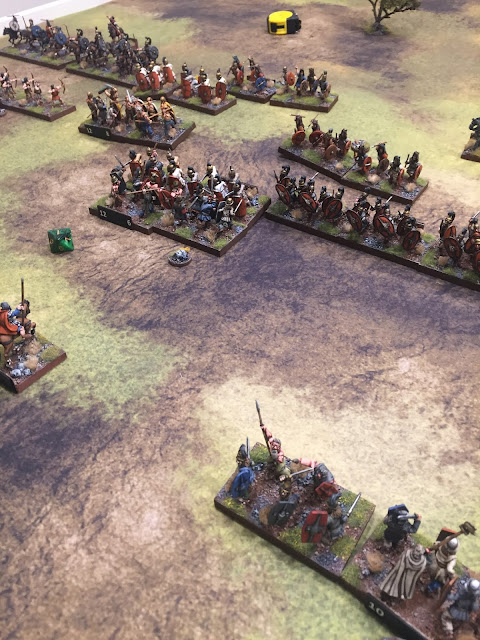 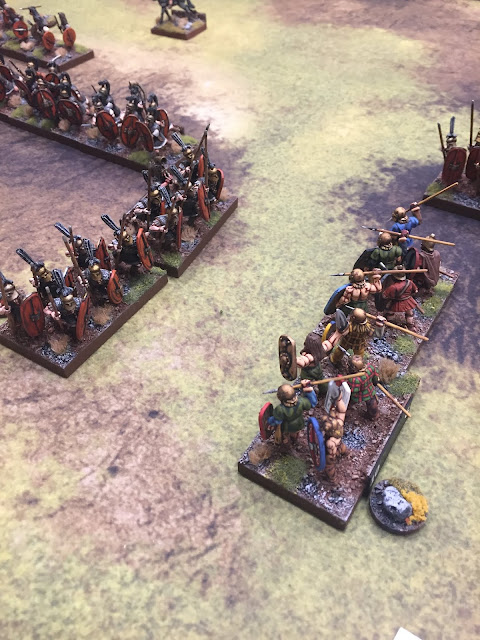 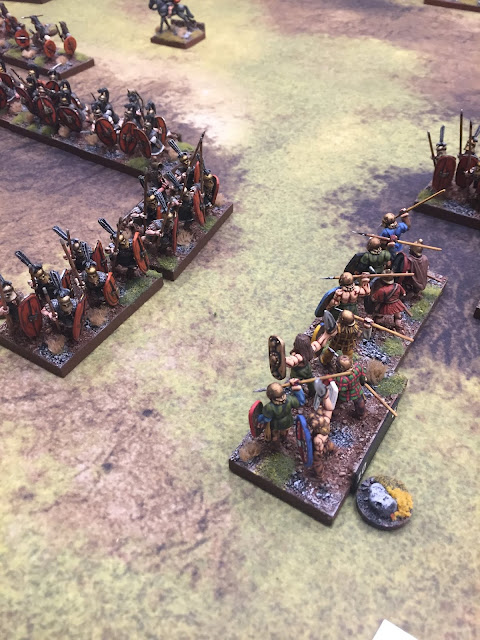 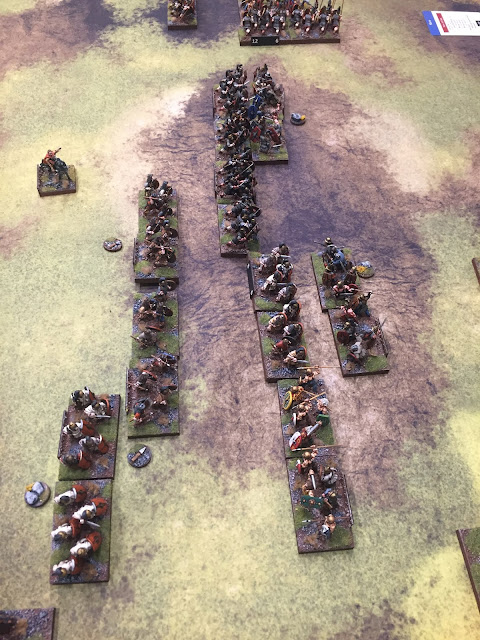 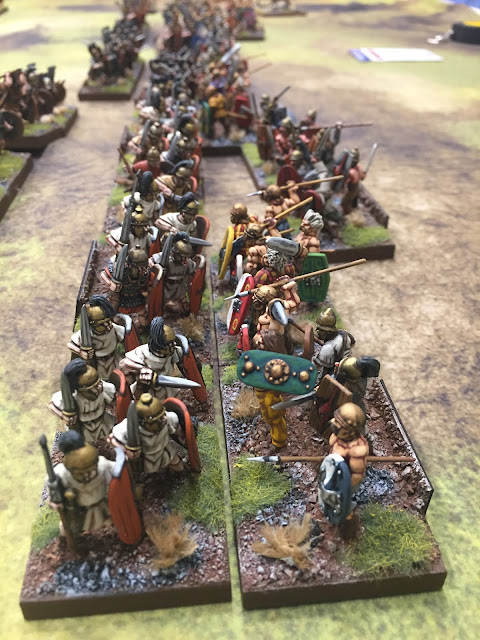 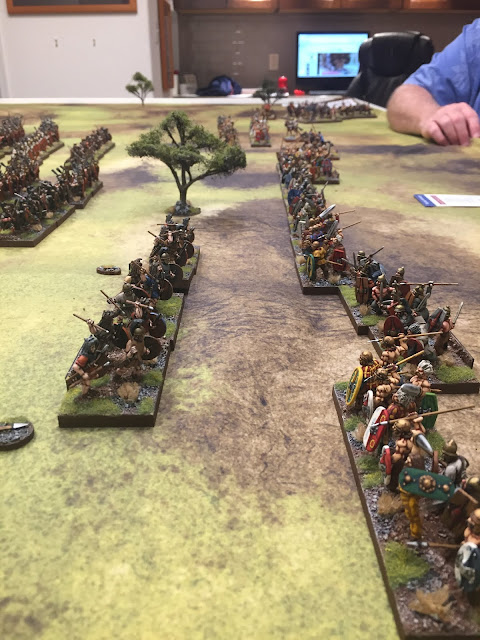 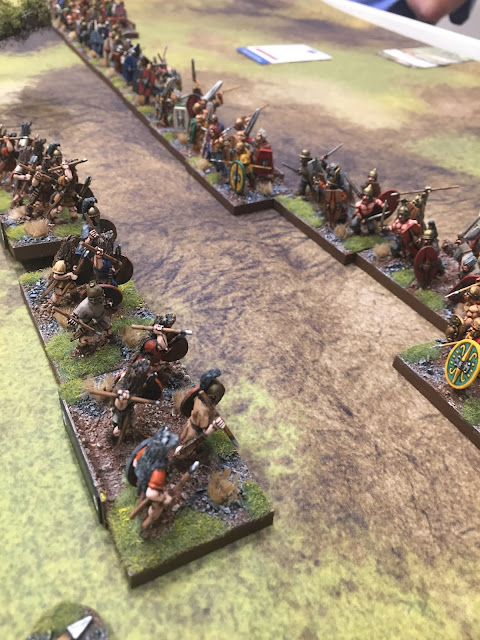 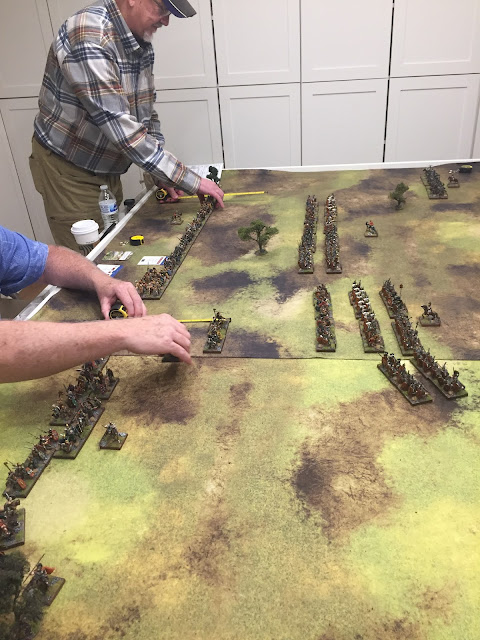 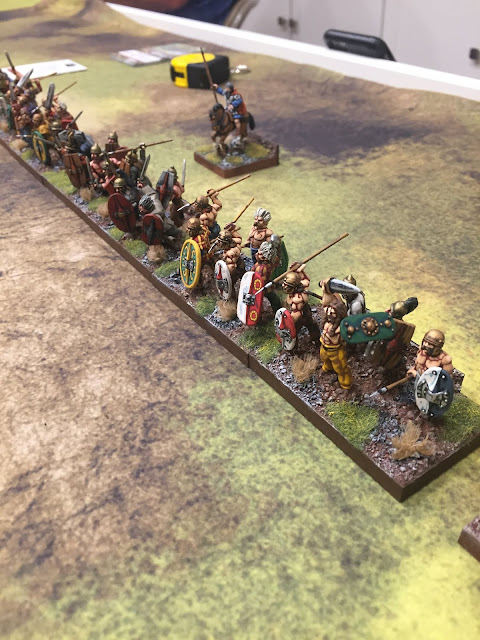 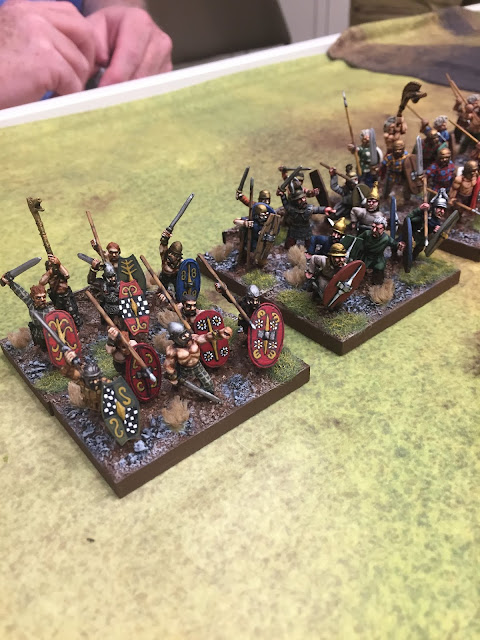 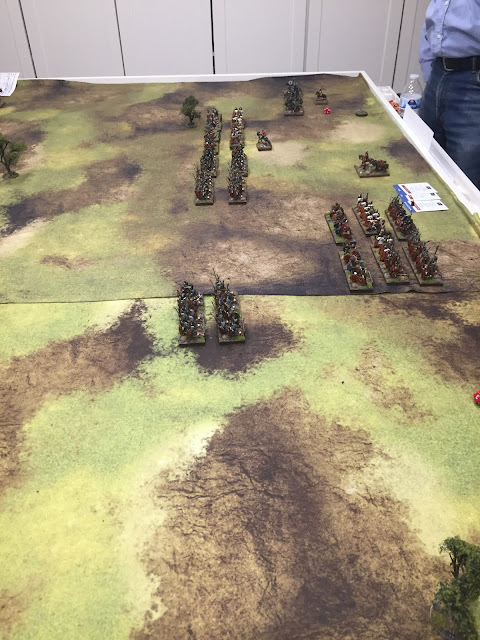 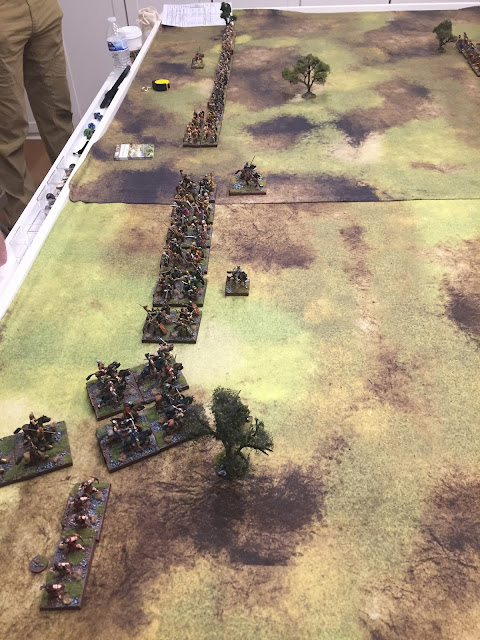 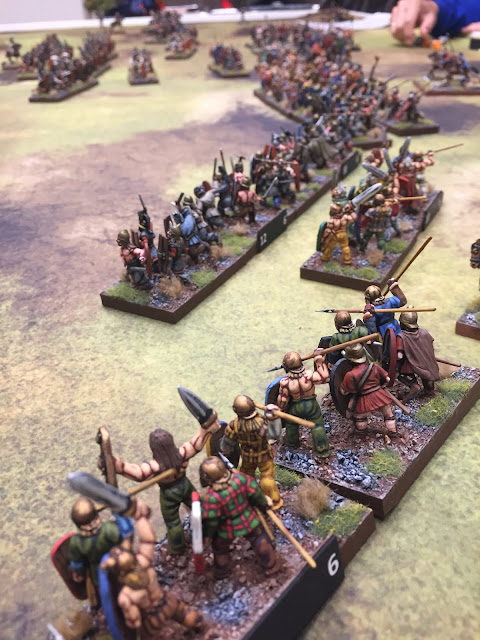