Hmmm.   Battle of the Harbaughs in the Super Bowl - what a great family accomplishment!

Being a lifelong Denver Bronco fan, this past week was tough after losing to the Ravens last Saturday.   I do have to say that I feel better after watching the Ravens throttle the Patriots, The Hoodie, and Tommy Boy.   At least the Broncos played the Ravens tough, and it took OT to win in Denver.   Losing by 15 at home in the championship game?

I admit to enjoying this a great deal.   Maybe that has to do with McDaniels being the Patriots offensive coordinator again - after the debacle where he was the Broncos head coach and he ran the team into the ground.    After the Raiders, the team I can stomach the least is the Patriots.   Far too much smugness and arrogance for a team that hasn't won the SB in quite some time....and not this year either!

I only wish that some other team would give McDaniels a chance to ruin their franchise by giving him their head coaching duties.  Then I could add another team to root against on NFL Sundays!
Posted by Brent at 7:42 PM 2 comments:

I've been quiet on the blog front for a while.  I've been busily painting 25mm Carthaginians and working away on Pulse of Battle, the new ancient rule set.

I also decided to finally create new town sections for all of my scratch built buildings.   The sections are 6" x 6", and are treated as an area/module in my rules of choice - Field of Battle 2nd Edition. 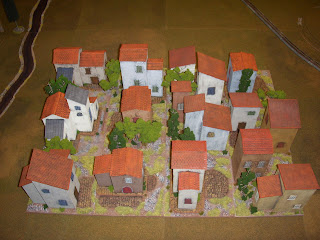 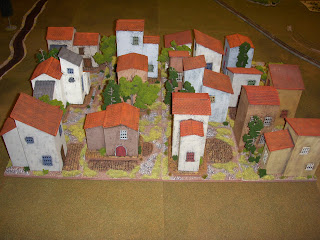 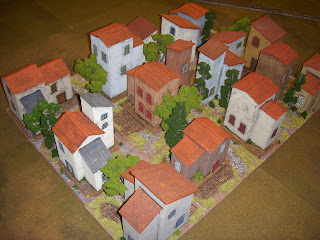 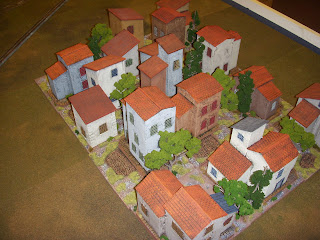