We got together for a game last Saturday afternoon/evening to play a FPW game using Field of Battle, 2nd Edition. 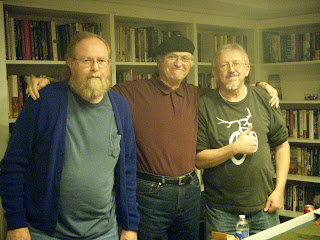 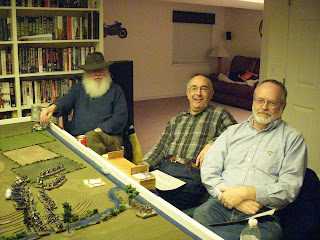 Prussian Command Team (Left to Right):  Ed (Advisor/Observer), Terry, Greg
Rather than a blow by blow game report, I'll instead do a quick summary....the Prussians mopped up the table with the French!   I think a couple of things (Krupp grand battery rule, ranges relative to unit frontages, French "special" cards) made the game practically impossible for the French to win.  However, they lost with style!  Both sides planned a "left hook" flank attack, but the Prussians got theirs in first, and combined with heavy artillery support from the hill (at the bottom of the photo below), they pummeled the French defending the town and center - effectively destroying the French will to fight (their Army Morale Points hit 0 when the Prussians still had something like 21 out of 24 original points!).
Some photos from the game: 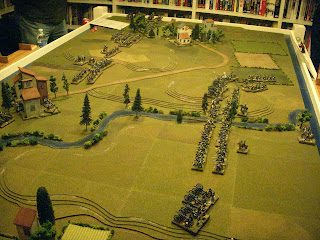 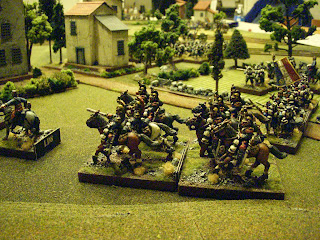 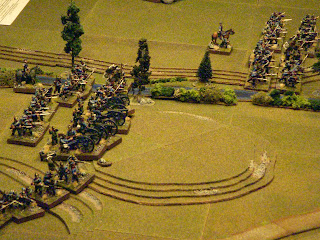 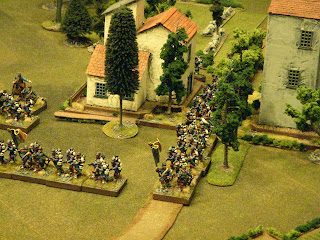 As for the new period project - I'm painting English Civil War!   I'll post more about that project in my next post.....which hopefully won't appear with as much space between it as has happened between this post and my most recent previous post.....﻿