I think any reader of this blog now knows of my dislike (to put it mildly) of Belicheat, Tom Baby, and the New England Cheatriots.   I've always felt the saying "where there's smoke there's fire" seemed to usually hold true.....

Comment 1:  A former Indy Colts head coach said that Peyton Manning and the Colts offensive coordinator would have game discussions in the hallway outside of the dressing room at the NE stadium because they suspected that the visitors locker room was bugged. 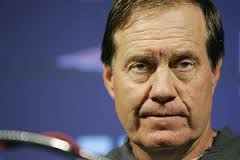 Belicheat smiles for the cameras


Comment 2:  I heard a radio interview at lunch today where former Chicago Bear QB Jim MacMahon had less than glowing comments about lil Bill Belicheat.   While I don't remember the exact quote, the question posed to him was about the football air pressure (his answer "I don't care").  When asked if he thought Belicheat was a cheater, MacMahon said ""I know he's a liar,"  "Cheating ain't far behind, I wouldn't think." MacMahon said Belicheat lied to his face in MacMahon's short time with the Cleveland Browns at the end of his career - something to do with pay and being kept on the roster.  To this day, MacMahon hasn't received the pay that Belicheat promised. 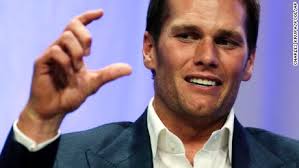 Tom Brady shows how much integrity he has remaining


The thing that just ticks me off about the grumpy lil Bill Belicheat is the repeated theme of stretching the rules, ignoring rules, pushing the spirit of the rules, and just downright cheating.   I think the guy is a scumbag, and will do anything to win - figuring that the penalty will never outweigh the wins.  It makes me sick to my stomach to hear TV talking heads talk about his brilliance.  We'll see how brilliant Belicheat is for the 4 games at the start of the upcoming season without Tom Baby.   From what I've seen, the Cheatriots 2nd string QB looks pretty pathetic.  Couldn't happen to a more deserving organization. 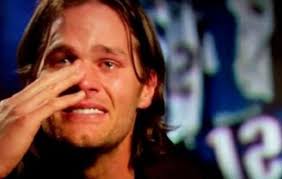 "I can't believe my wife talked me into this hairstyle"
Posted by Brent at 8:25 PM 5 comments:

I forgot to mention in my previous post - while at the Little Big Horn battlefield, I met the great, great granddaughter of White Man Runs Him, a Crow scout for Custer at the time of the battle.    How cool is that!

At the time of the LBH battle, White Man Runs Him was 18 years old.

Some photos of White Man Runs Him. 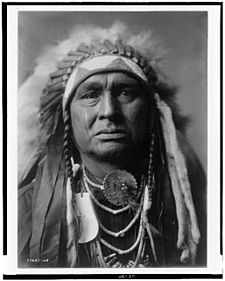 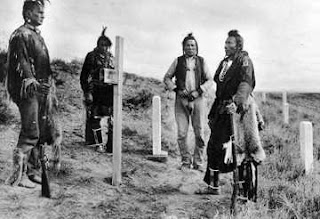 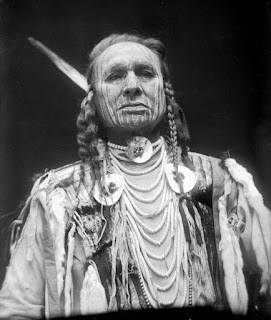 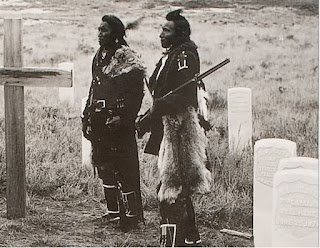 I believe he is on the right.  Another photo on Last Stand Hill, at a young age
Posted by Brent at 8:54 AM 1 comment:

We returned safe and sound from our annual motorcycle tour of the Black Hills, Northern Wyoming/Montana.  The estimate was 2 - 2.5 million (yes, million) visitors to Sturgis for the 75th event anniversary.   Way too many bikes on the roads around Rapid City/Black Hills/ Spearfish.  Along with too many bikes, there were way too many really bad, dangerously bad riders.   Not a good time to go for your first time, or with only limited miles under your belt.   I think the final tally was 14 motorcyclist deaths over the entire event.  Most seemed to be "entered a corner too fast, went off the road, hit a rock", or were late at night - undoubtedly with alcohol involved.   Riding a bike requires skill and attention.  Leave it to the morons of the world to mix booze, curvy roads, and nighttime riding.   I guess the positive way to look at it is that it's natures way of thinning the herd.  After that crowd, it was fantastic to ride in northern Wyoming and southern Montana.  Absolutely beautiful.

This year we also visited the Little Big Horn battlefield - very fun.  My father in law was with us, so most of my time was spent explaining and interpreting for him.  I still get chills visiting the LBH battlefield. 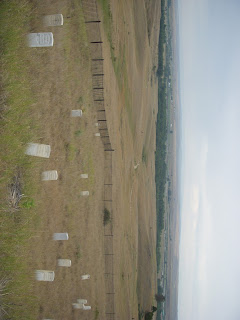 I've read a LOT of LBH books, ranging from "blch" (the classic "Custer was a glory hunting fool") to the excellent (works by Gregory Michno).  I just finished what I consider to be the best account I've read.   "The Strategy of Defeat at the Little Big Horn, A Military and Timing Analysis of the Battle".

This is an excellent work, with deep analysis.  Not for the first time reader of LBH history, but if you have at least some background, you can't go wrong with this.  While it is a bit dense in details at time, it is a page turner.  While I'd generally had the battle outline in my head (which didn't necessarily agree with the typical battle narratives), the analysis and summary provided in this book really supported and clarified my thinking.

Here's a quote from the book:

"Calling Custer rash only serves as personal criticism, teaching us nothing.  To say the man made too many assumptions would be much closer to the truth and would serve as a platform into "lessons learned", always an important in military debriefings.  The reader should not get the wrong impression here, however.  We are not cutting George Custer any slack; the responsibility for the debacle rests solely with him, what we are saying rather than attribute the defeat to personality issues - which would be ludicrously wrong - it is more important to understand the outcome in terms of failed military procedures.....Custer made mistakes, but that takes little away from a great soldier".

I can't leave a post without once again commenting about Tom Baby and the Cheatriots.  Come on, Tommy boy!  Nothing is classier for your legacy than taking the league to court!  Geez, just say "oops, I screwed up" and this would be forgotten.  Methinks an ego is out of control.   I do have to say that I get an unseemly amount of pleasure watching him squirm.
Posted by Brent at 7:33 PM No comments: