Photos from my ECW Collection

Thought I'd post some photos of one of the 10 ECW foot regiments that I've completed. The photo quality isn't great, but hey - it's Sunday night and tomorrow brings the first full week of work that I've had to do since my vacation started on Dec. 18! 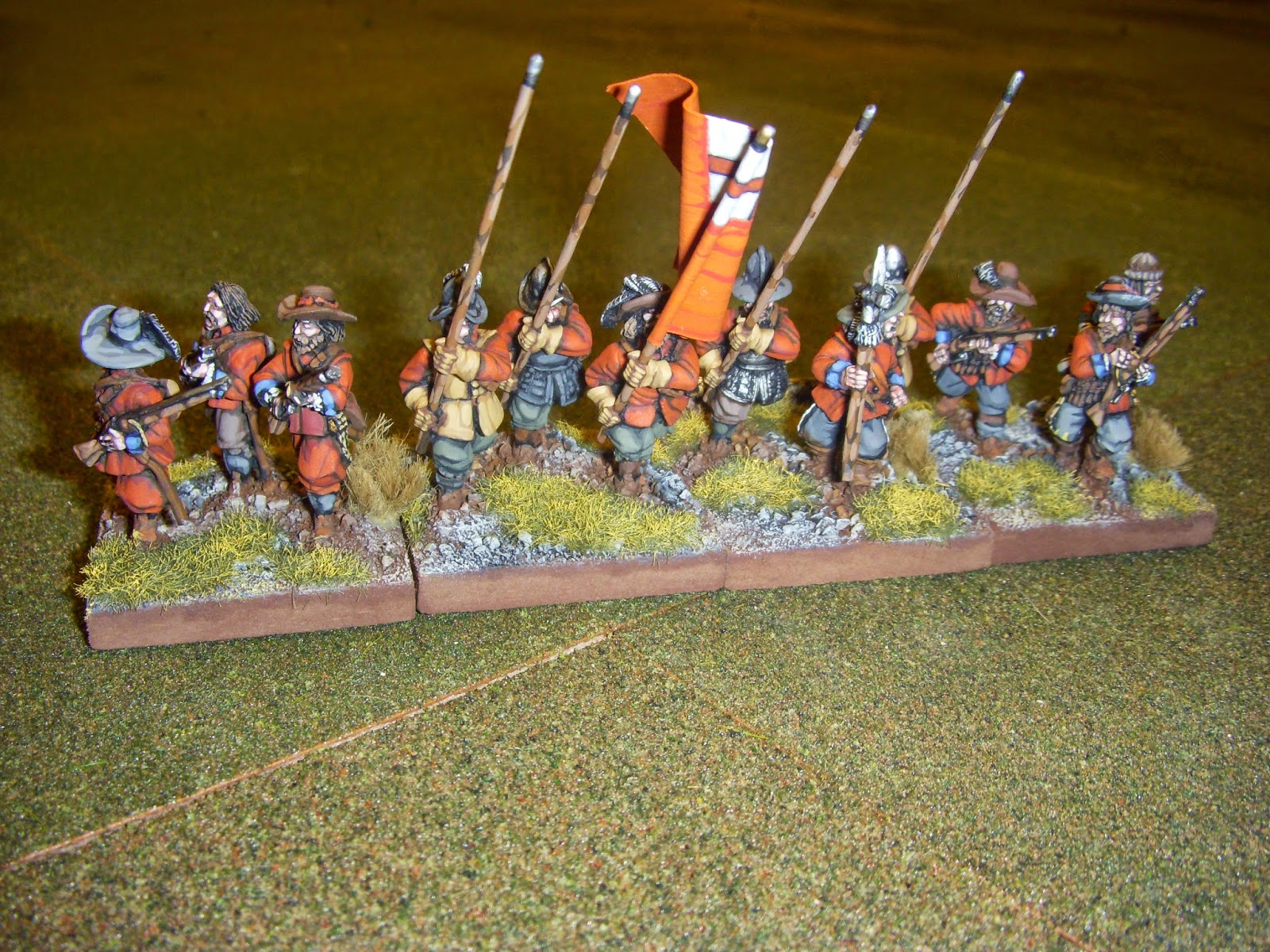 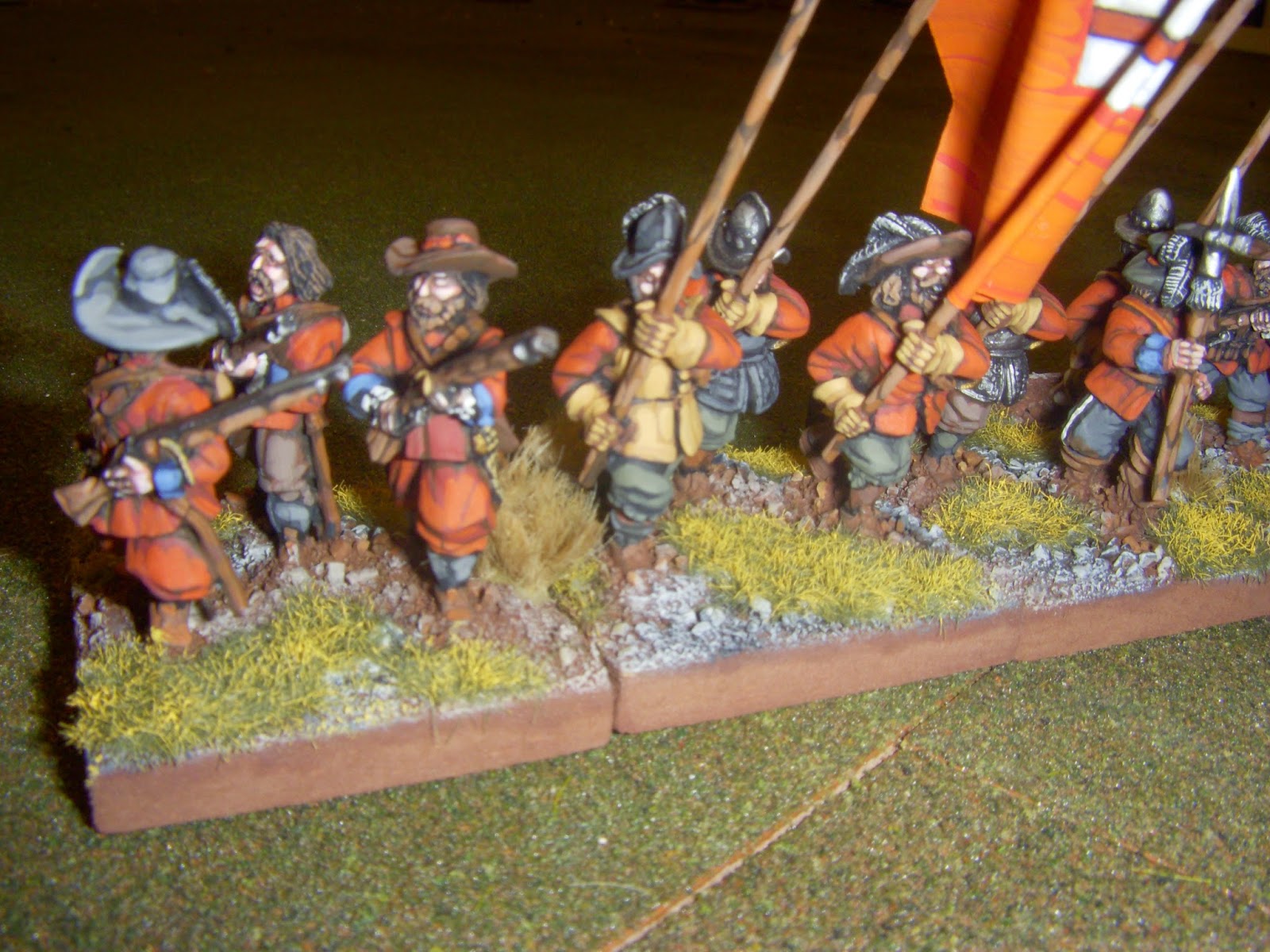 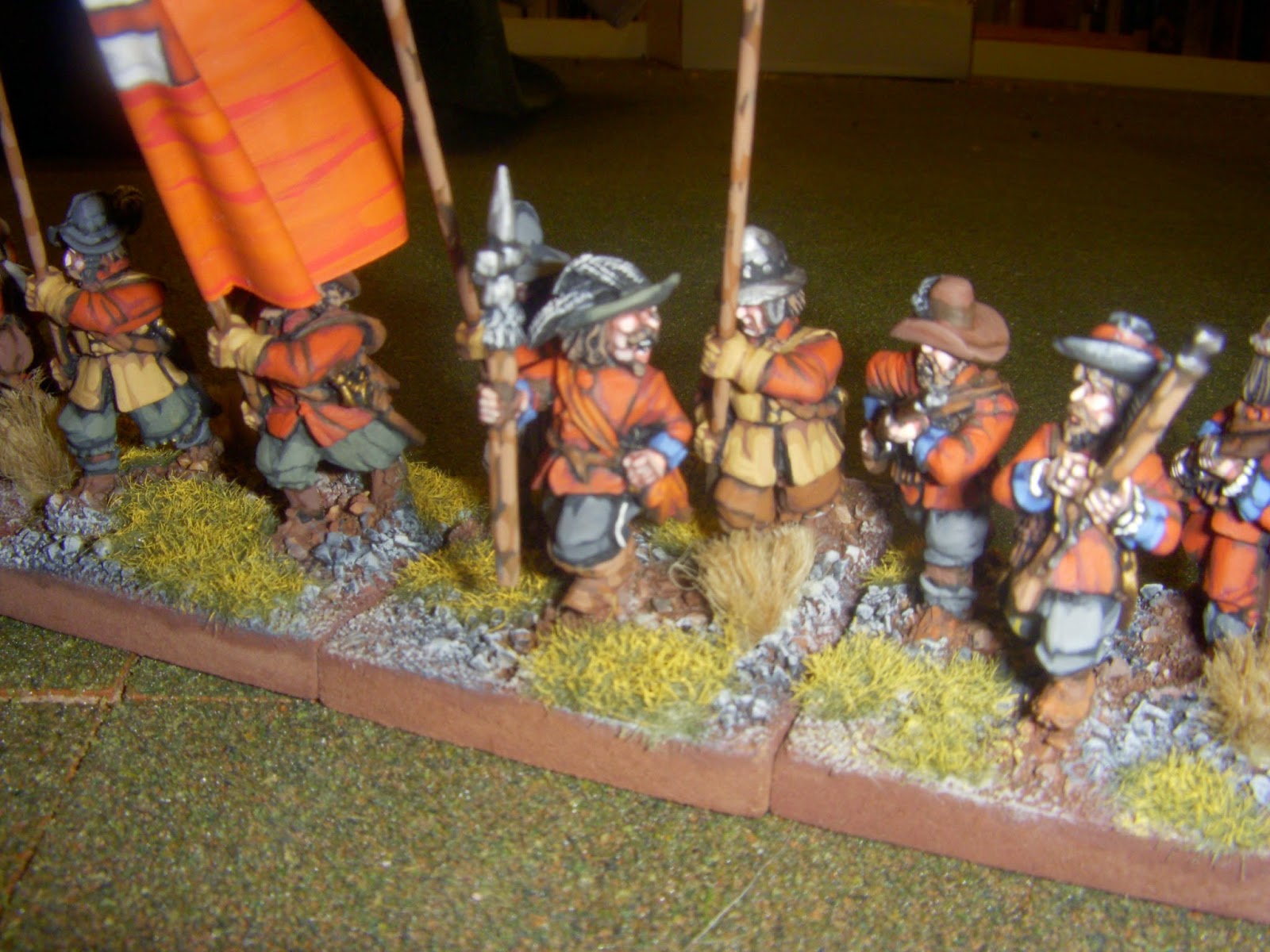 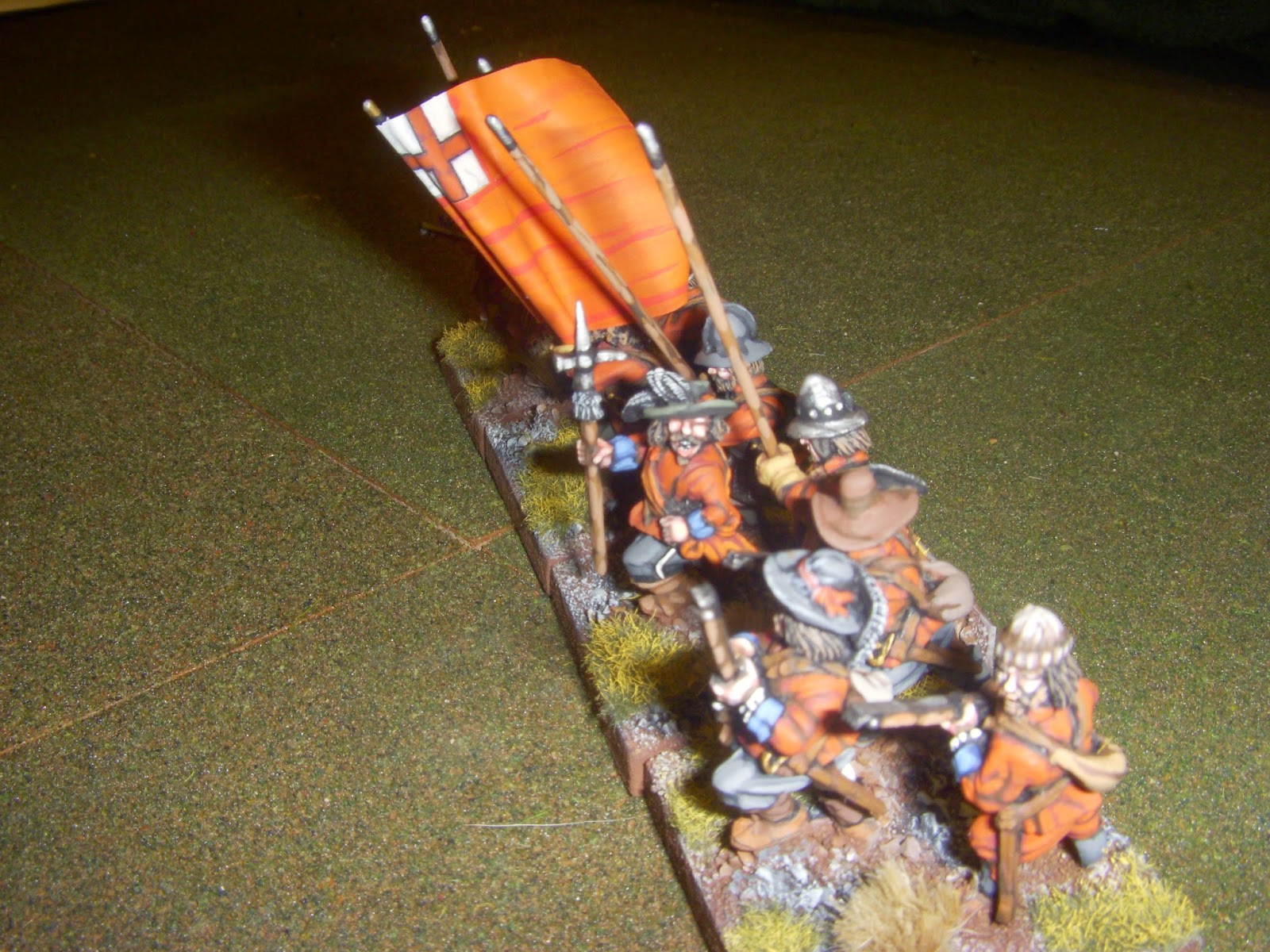 The figures are Old Glory - a range I really like.  I also have a couple of Redoubt regiments as well.  The flag is homemade, with the basic layout done in Excel (I'm an engineer....what do you expect???).

I just checked the blog stats and noticed that yesterday the blog passed 100,000 views!  That is amazing to me.  Who knows how many views it might have if I actually updated it more frequently....

Just a quick post for now, but I'll be posting some images of my growing 25mm ECW collection shortly.

I thought I'd start of my 2015 with a new post, and a renewed effort to post more regularly.

I had some extra vacation saved up, so I've been off for the past two weeks. I always like having nice blocks of time, as it allows for some concentrated project time. This year was a bit less productive, given the frigid temperatures/snow (can't spray prime!) and the head cold I've been battling for a week and a half.

Even so, I've made great progress on my 15mm collection for FoB:WW2. I had remounted my 25mm WWII stuff for the new lower scale game (was '39-'45, now tentatively titled "Fields of Valor"), so while it "could" work for FoBWW2, it didn't feel right to me. I'm concentrating my initial 15mm armies on the first couple of years of the Russian campaign. Since 12/18, I completed 8 companies of Soviet infantry, 2 battalion heavy weapon markers/stands, 3 companies of German Mk.III's, 1 company of Mk. II's, and 12 companies of infantry, plus 6 battalion heavy weapon markers/stands. I've also based up 4 stands of German air cover, plus 5 Town Sections. A couple of photos below: 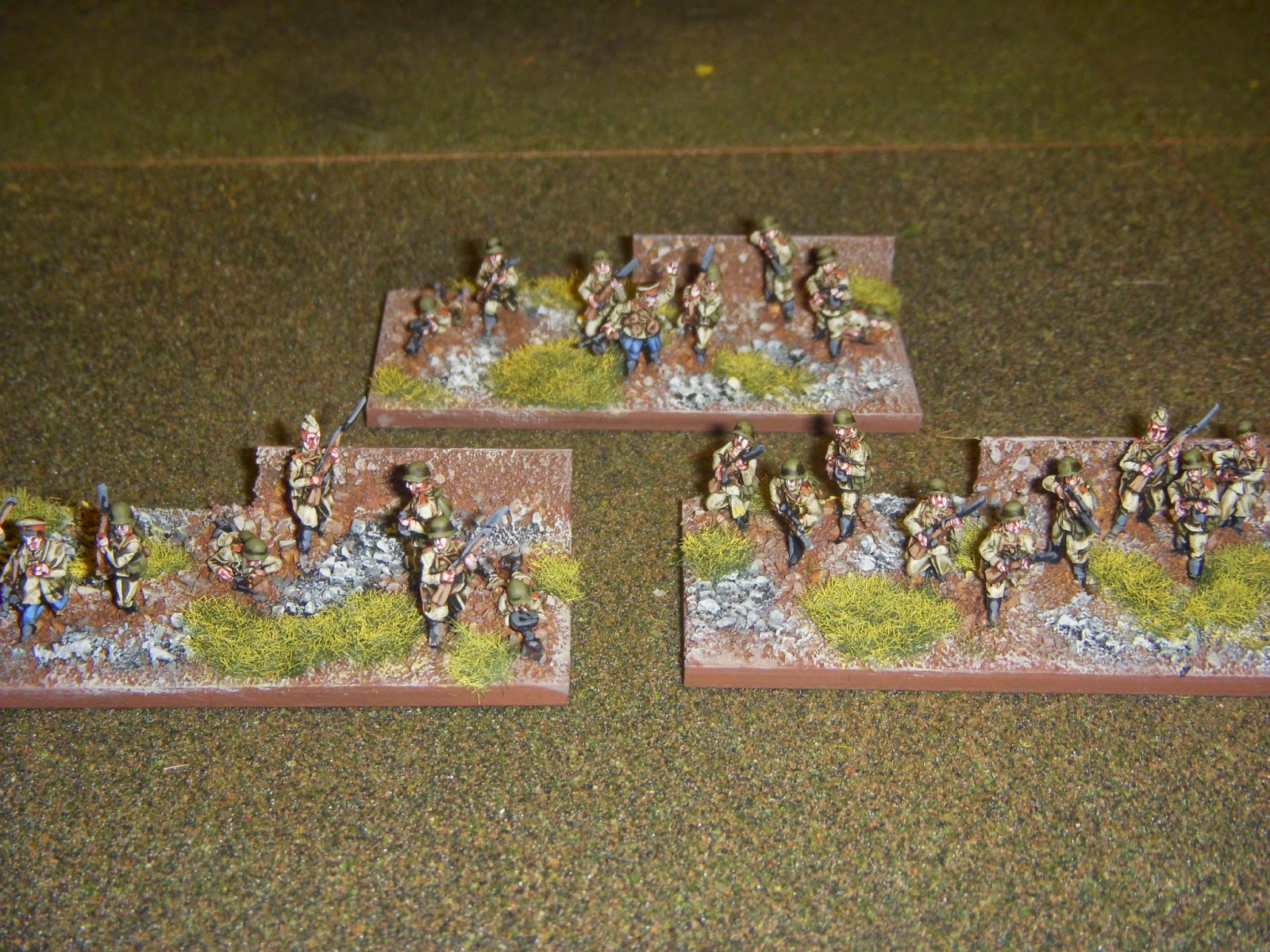 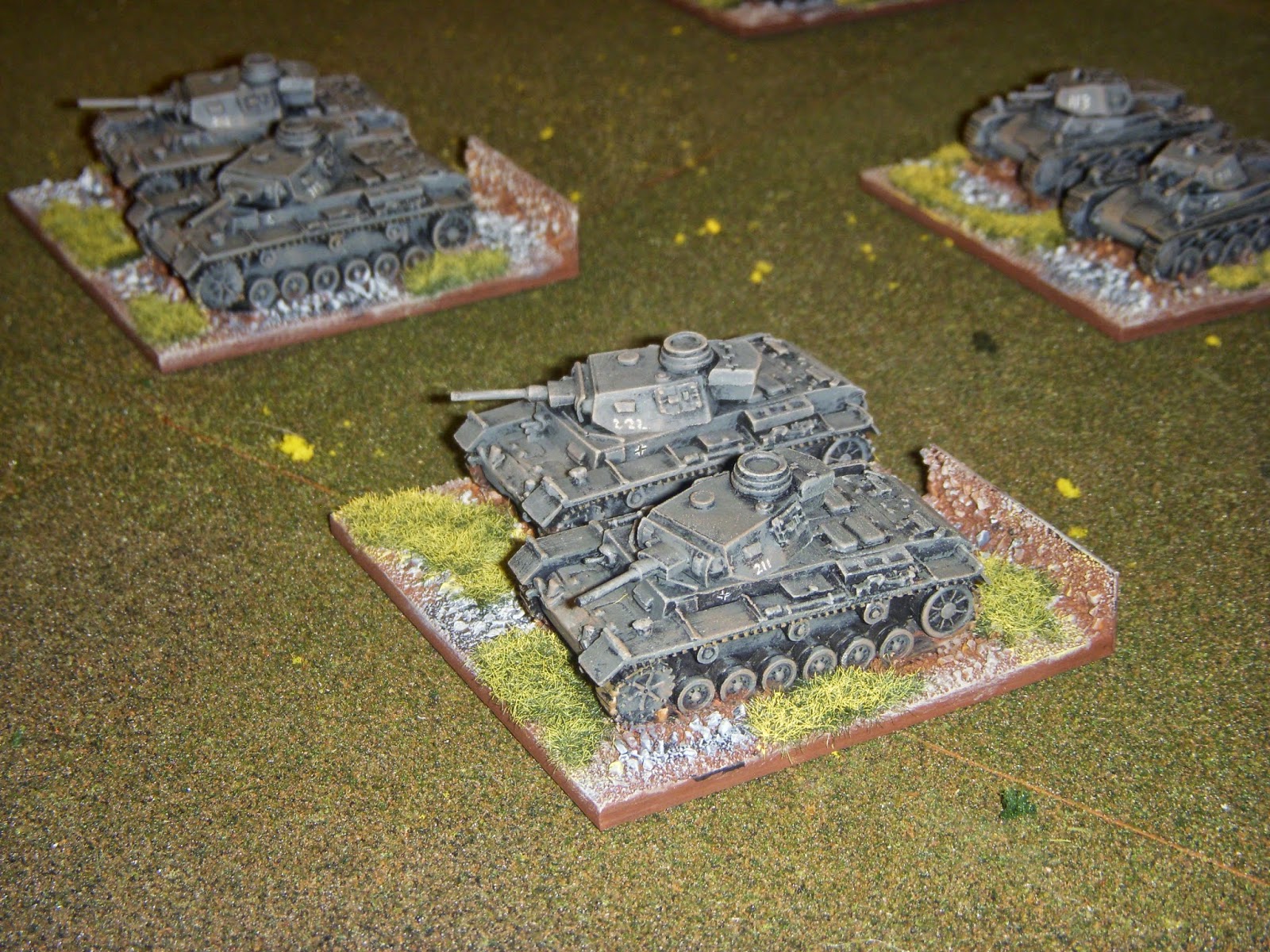 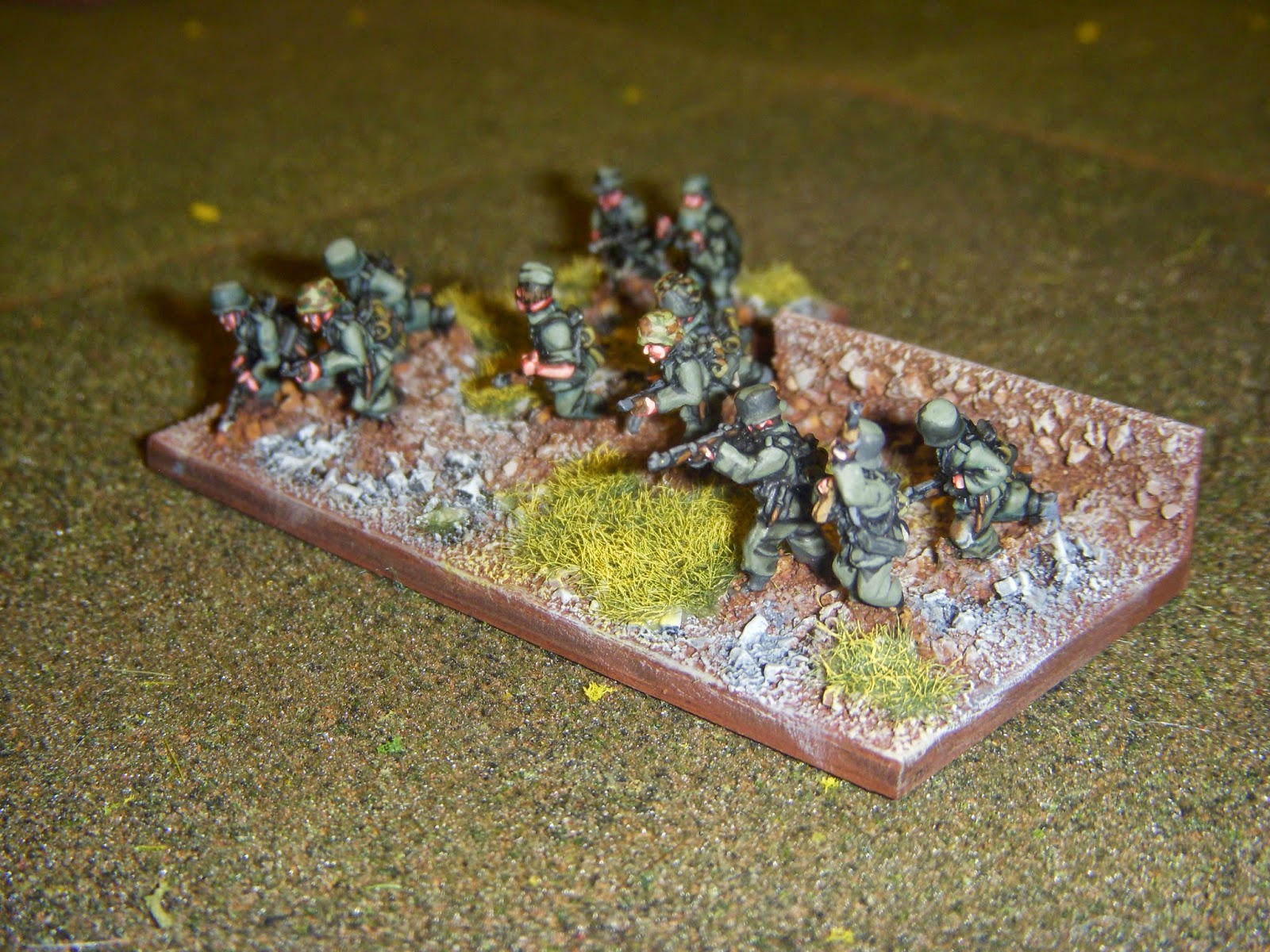 The holiday has also provided more time for reading.  In this instance, I am close to finishing "Battle of Surigao Strait" by Anthony P. Tully.  http://www.amazon.com/Battle-Surigao-Strait-Twentieth-Century-Battles/dp/0253352428/ref=sr_1_1?s=books&ie=UTF8&qid=1420159146&sr=1-1&keywords=battle+of+surigao+strait

Being a landlubber to my core, I have to remember which direction is port and which is starboard.   BUT - this is a FANTASTIC book and read.  Tully covers all aspects of the battle, spending considerable time at the start of the book to go through the Japanese plans, the ships involved, and then move on to the approach to the battle, culminating in the surface then surface/air battle.  Tully covers both sides very thoroughly, but it feels more focused on the Japanese point of view.   The odds faced, the determination shown by the Japanese force are awe inspiring.   The refusal by nearly all survivors to be rescued and the USN reluctantly (at first) leaving them to their fate, was.....troubling to me.  The descriptions of the PT boat attacks, destroyer torpedo attacks, the night combat - all are fantastic.   Rule mechanisms were bouncing around in my head as I was reading!  If you have ANY interest at all in WW2 naval combat, read this book.