We played another game of 39-45 this past Saturday.  The Germans were outnumbered by about 50% but had the advantage of being on the defensive  (2+ US companies, plus Sherman platoon, AT gun, offboard support vs. 1 German company plus Stug section, 20mm and 75mm AT gun.  The game played well, with a narrow German victory - they had 1 Morale Point remaining when the US failed their Morale test!

I made a few modifications based on the post game discussion and observations.  At this point, the game feels pretty "tight", and should only need a few tweaks here and there.  I'm very happy with it - it plays fast, with many swings in momentum.

I didn't get many photos of the game, but here are a few - 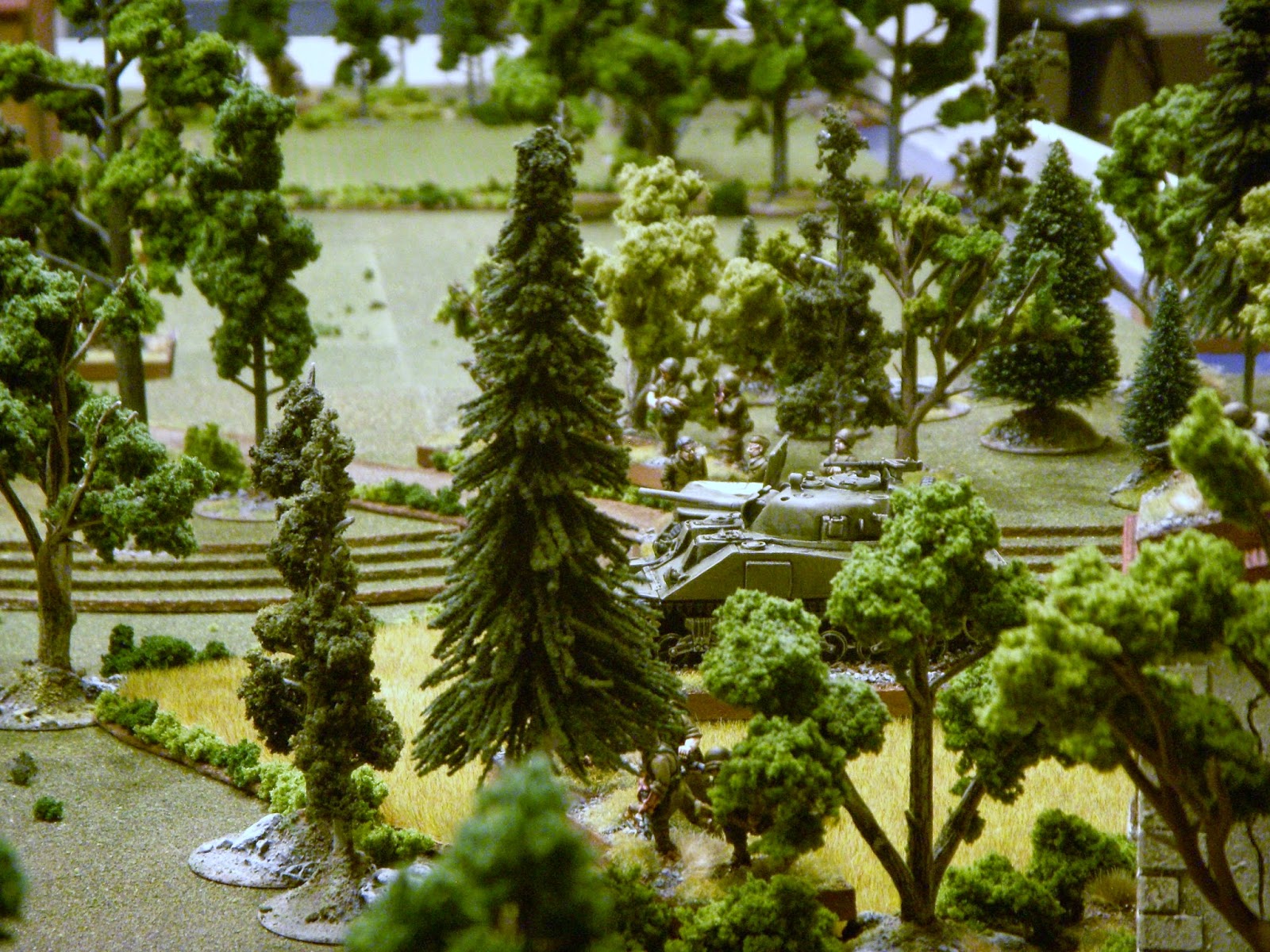 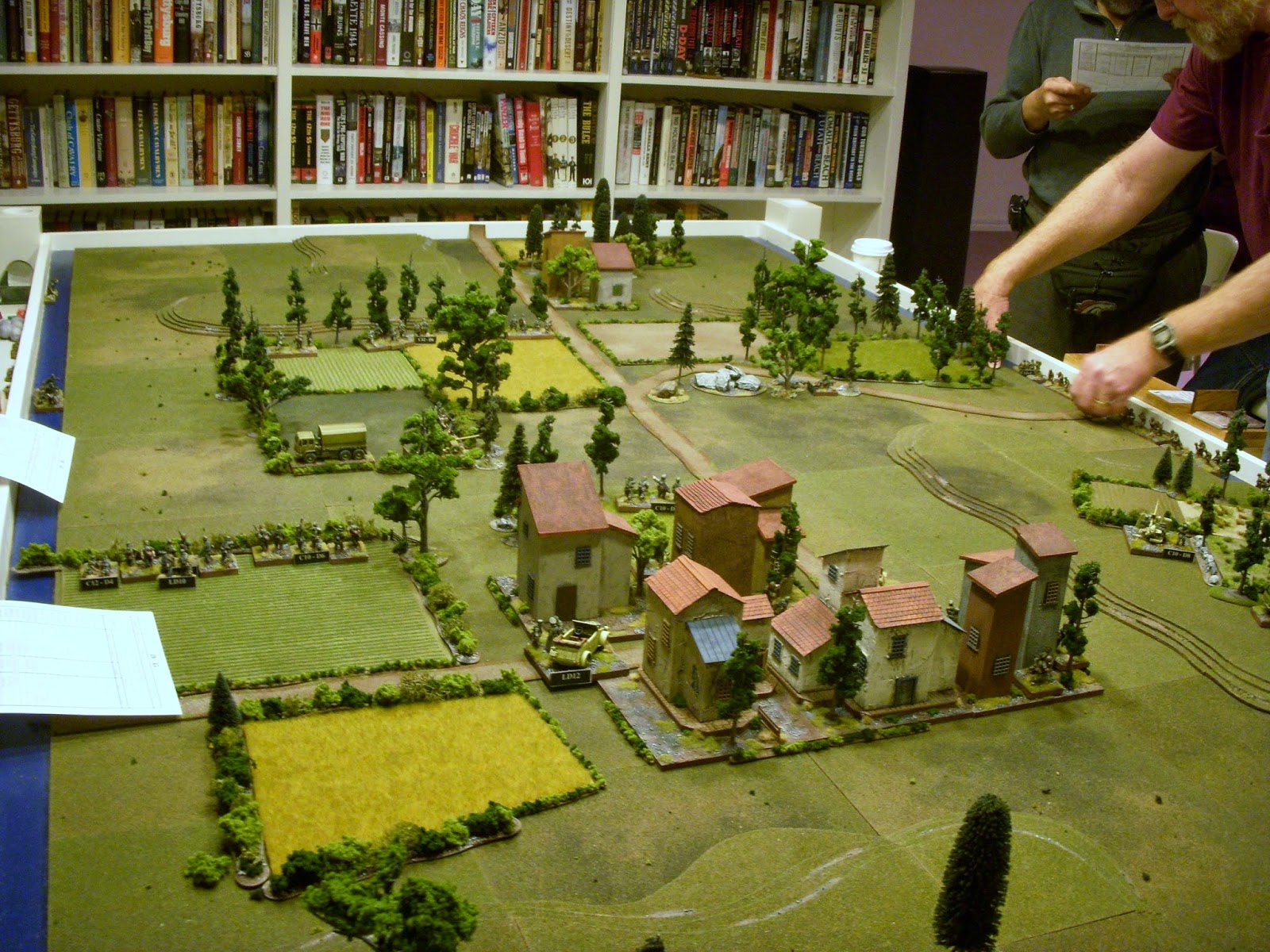 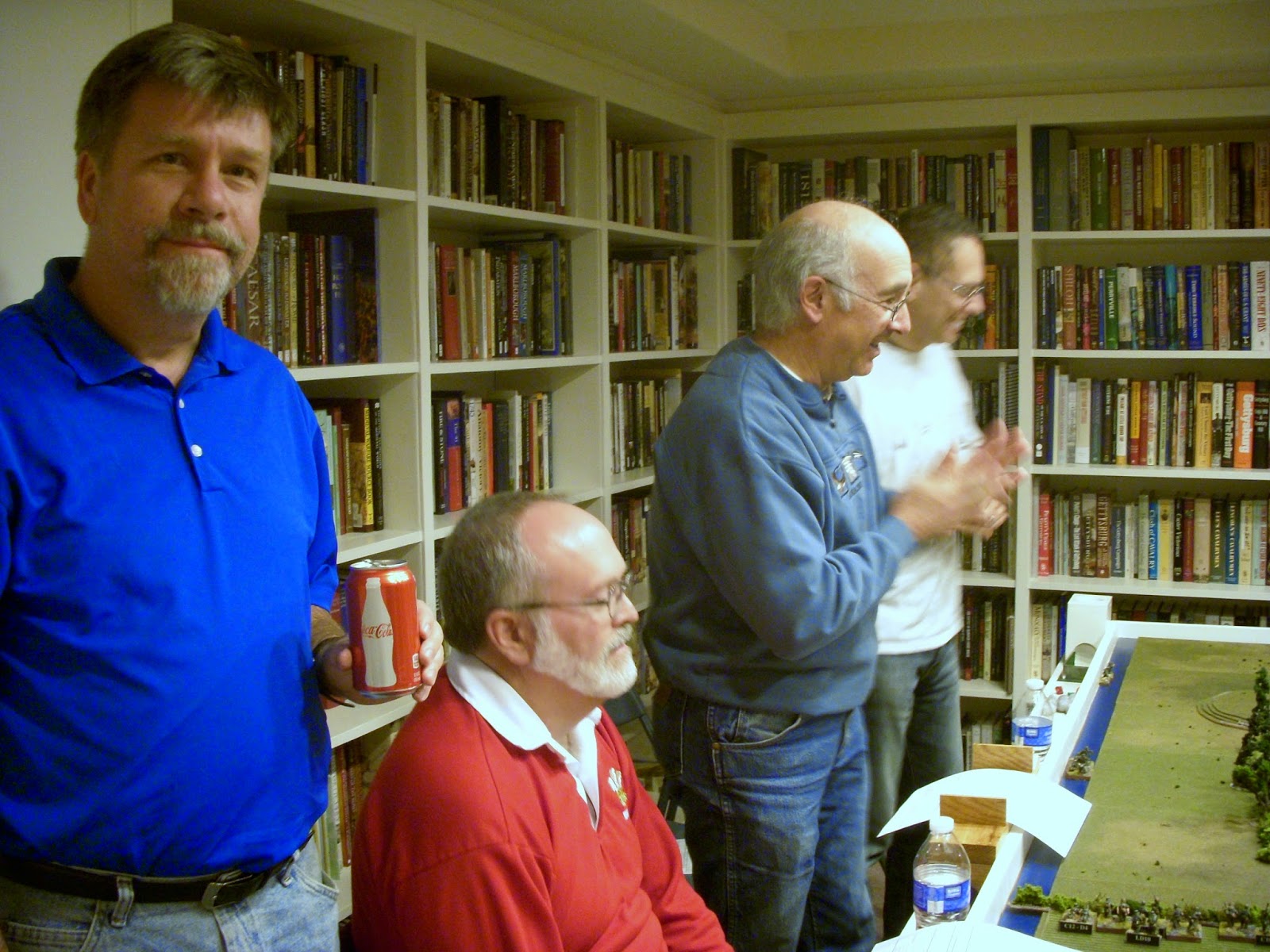 German commanders.  Terry and Adolfo appear to be clapping in glee at an American misstep.  Greg appears to be doing a Coca-Cola commercial with great product placement.  Greg (in red) just waits to destroy the Americans. 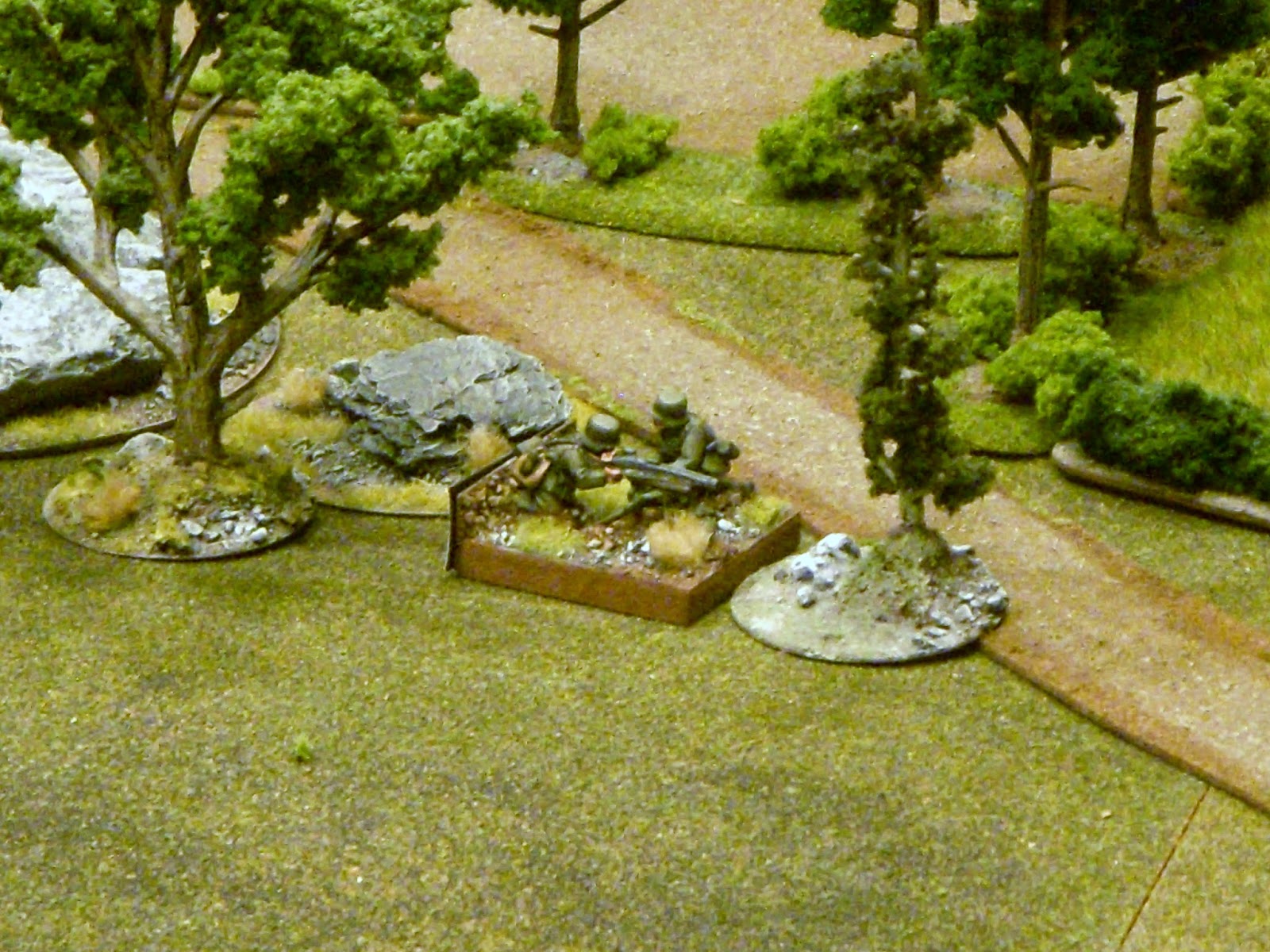 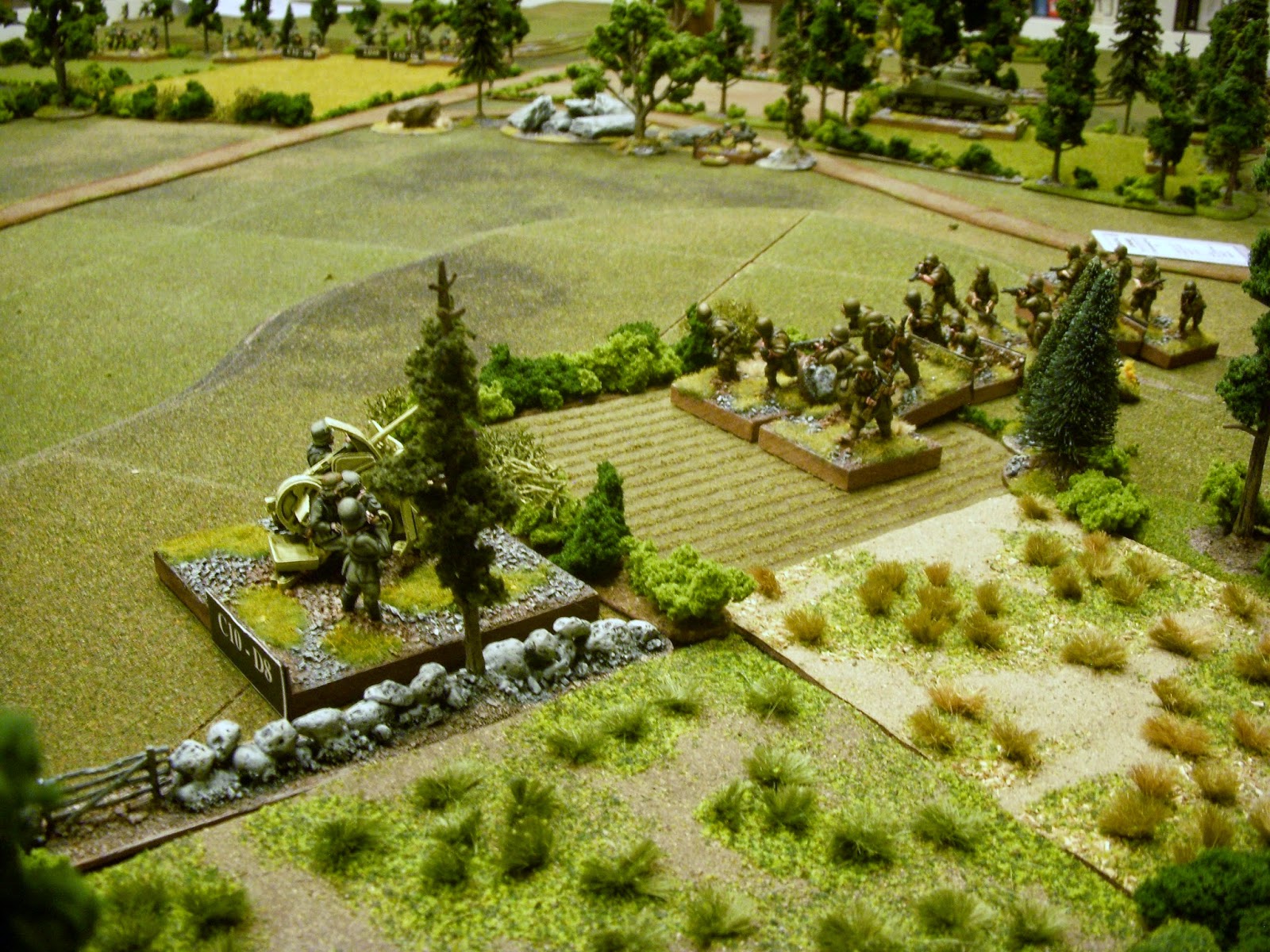 John's American squads race up the hill to take out the 20mm gun section.   They eventually did so, but at a very high cost. 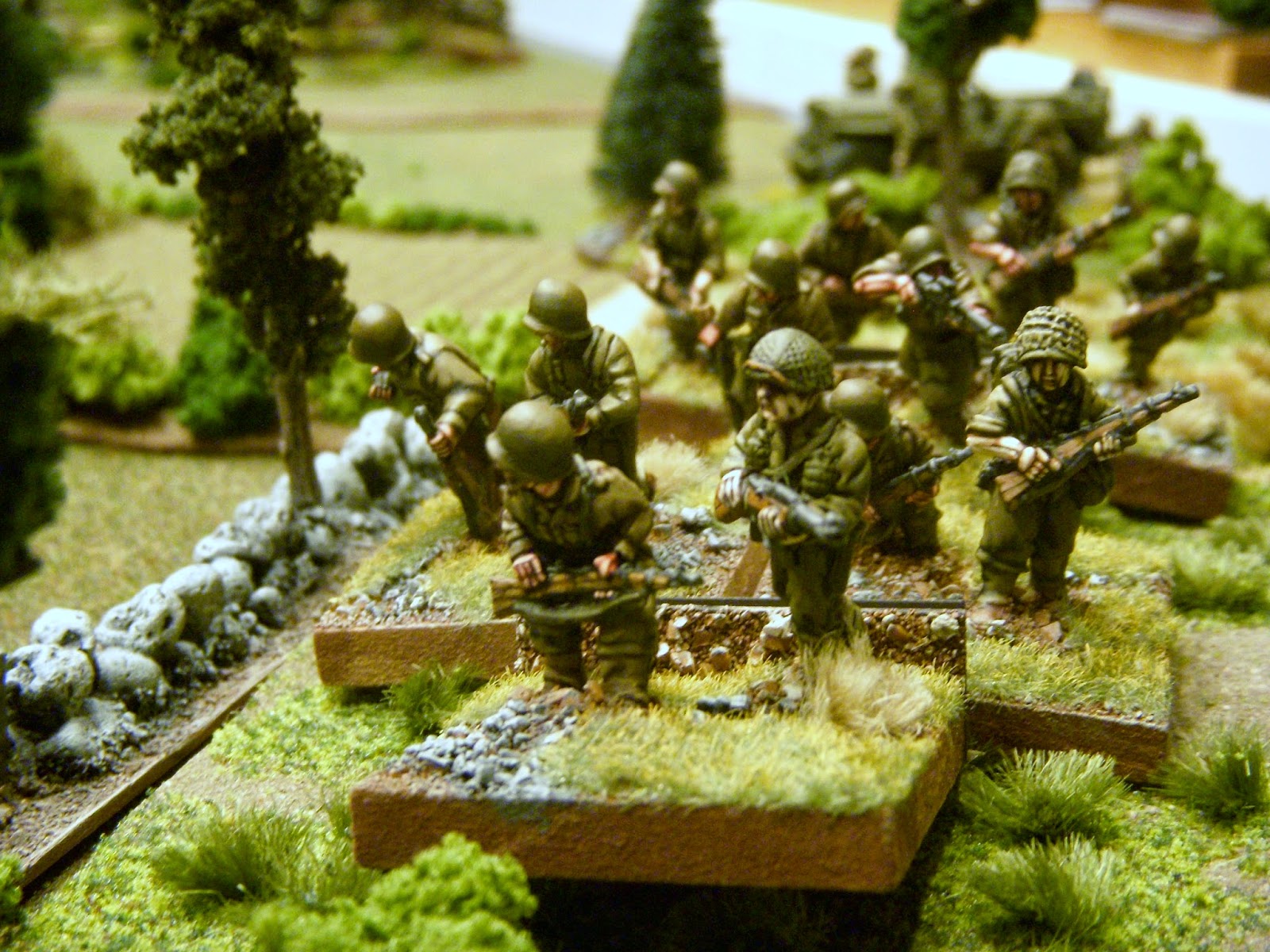 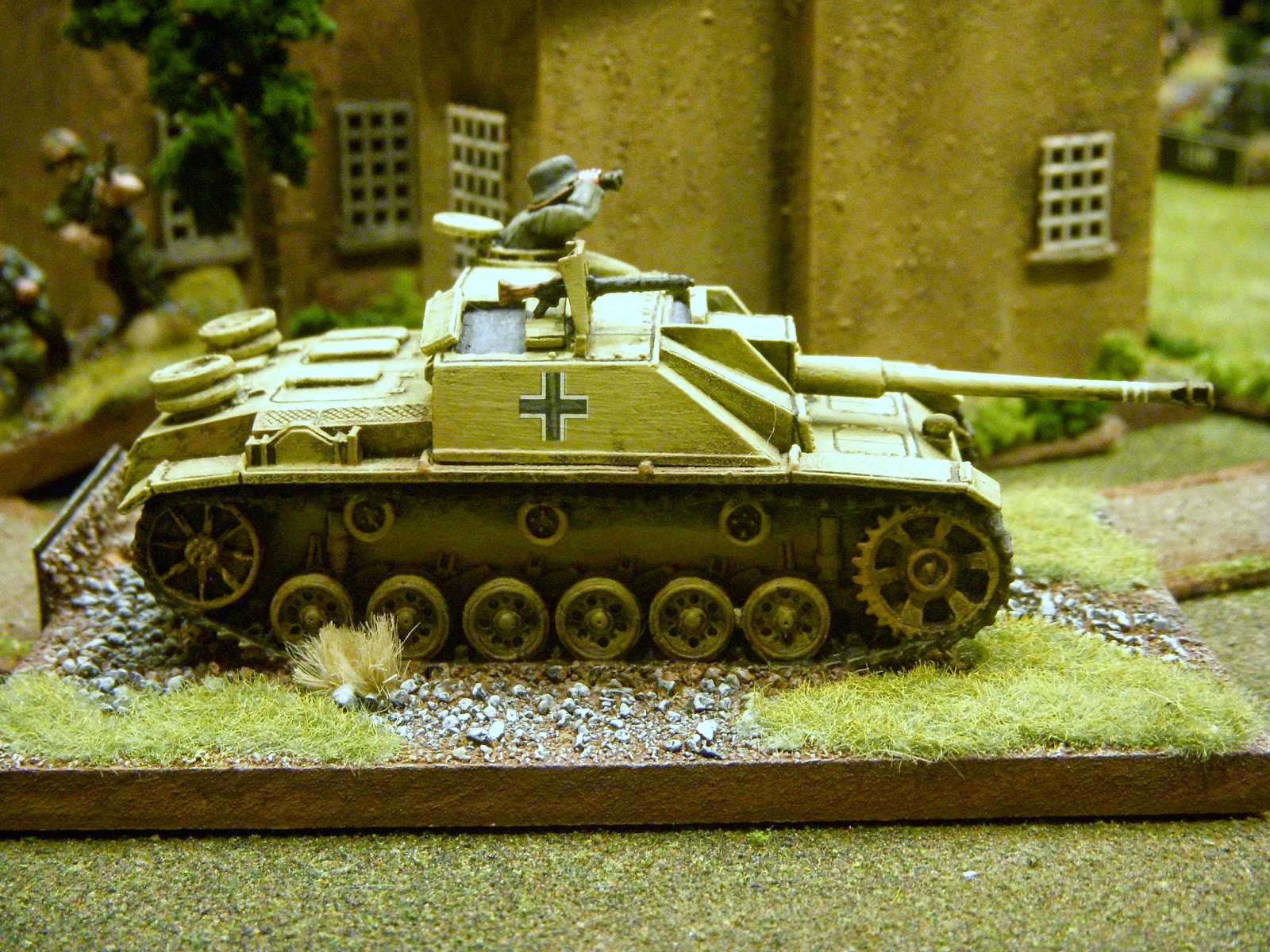 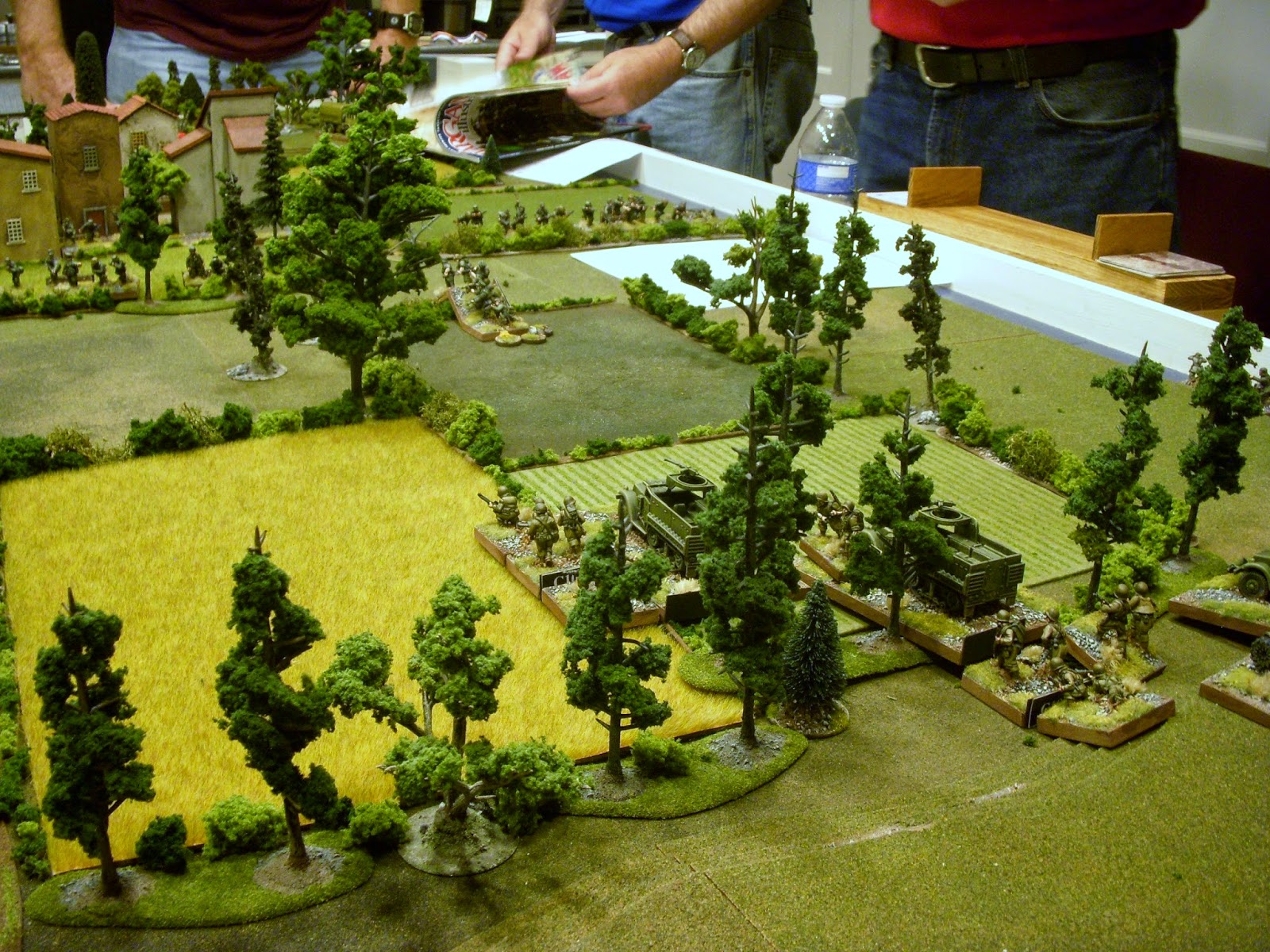