The final game was "interesting".   "Odd" might be a better description.  The French had elected to fight on the same battlefield as in Game 3 (the campaign mechanism gave this battlefield as a choice, and they chose to fight again on the same ground).   The terrain was very full, with probably 40% of the table full of woods.  The Prussians had a huge advantage in initial deployment, but since the French won the actual deployment/placement rolls, the Prussian plan (to get as far up the hill as possible in the initial set up, as well as get on the French left flank) hit the windshield at 120 MPH with a giant splat.

The French were huddled on the hill in a formation best described as a giant blob, and stayed on that hill for the duration of the game, gleefully firing off round after round of Chassepot ammunition at the flailing Prussians.

The game was a disaster for the Prussians - they ended up losing by 16 points - a crushing loss.

One item that was noticeable was that in all three losses, the Prussians made little if any use of their vastly superior artillery. 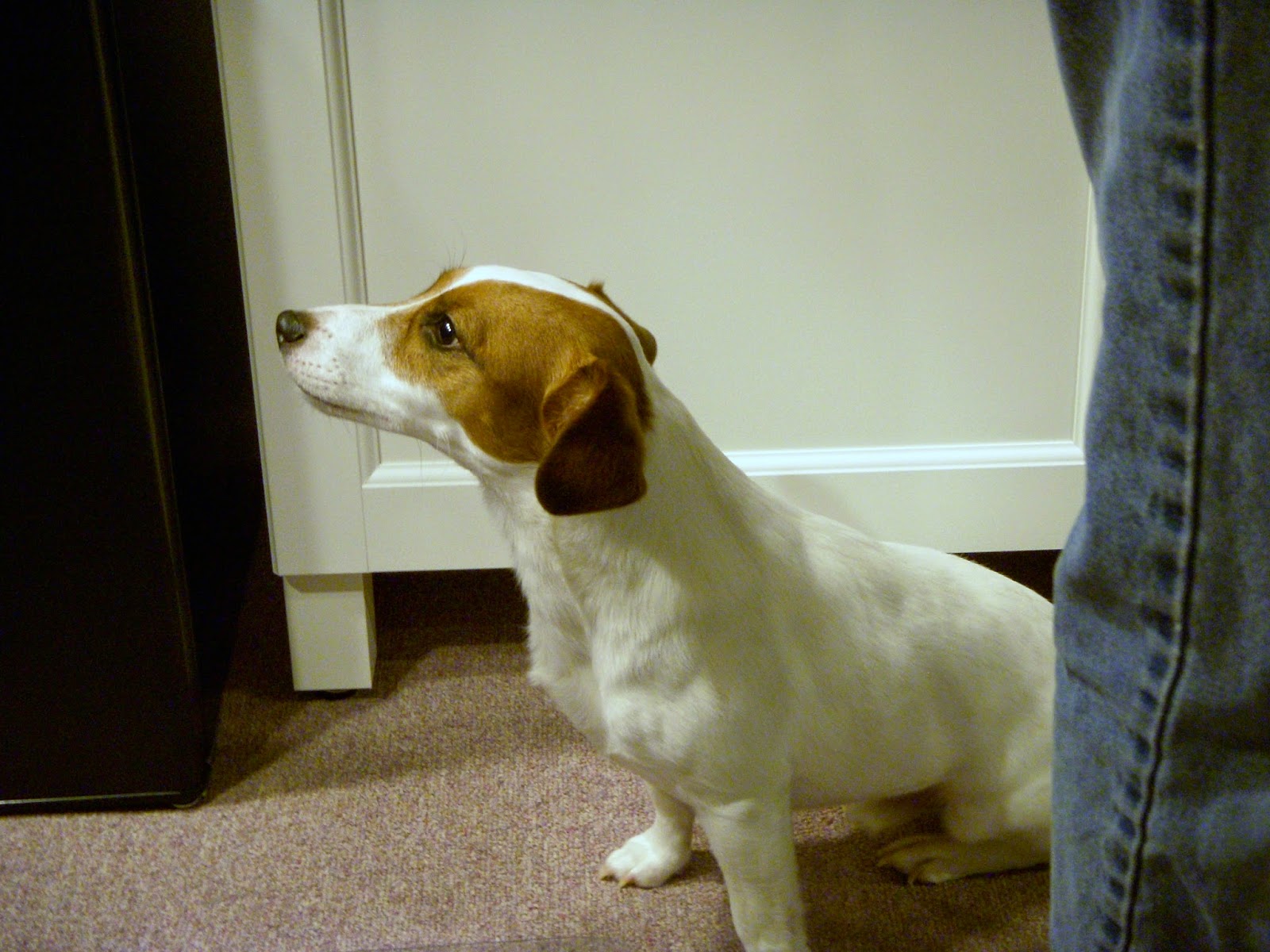 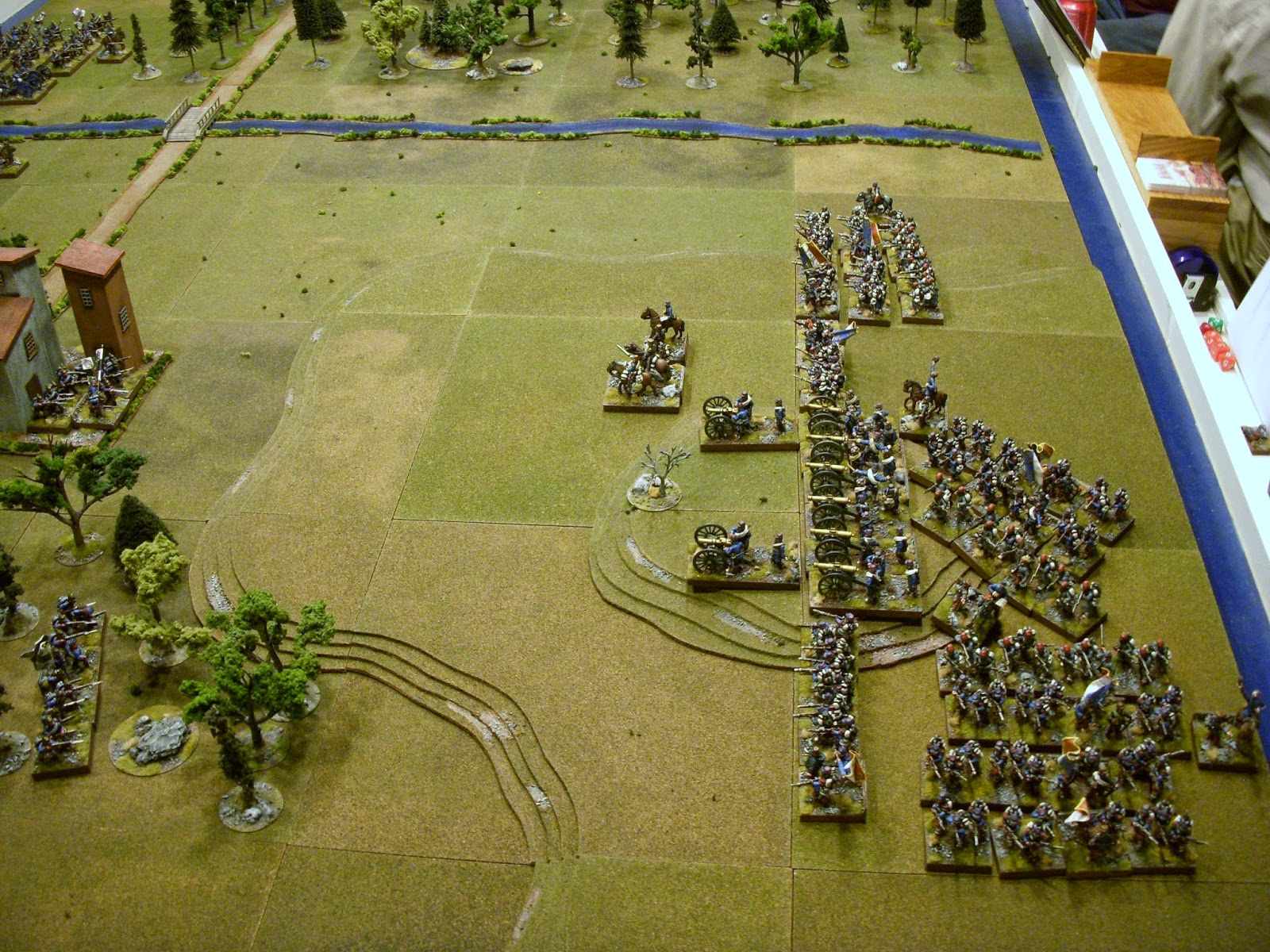 Initial deployments.  Ick.  This game could have been played on a card table! 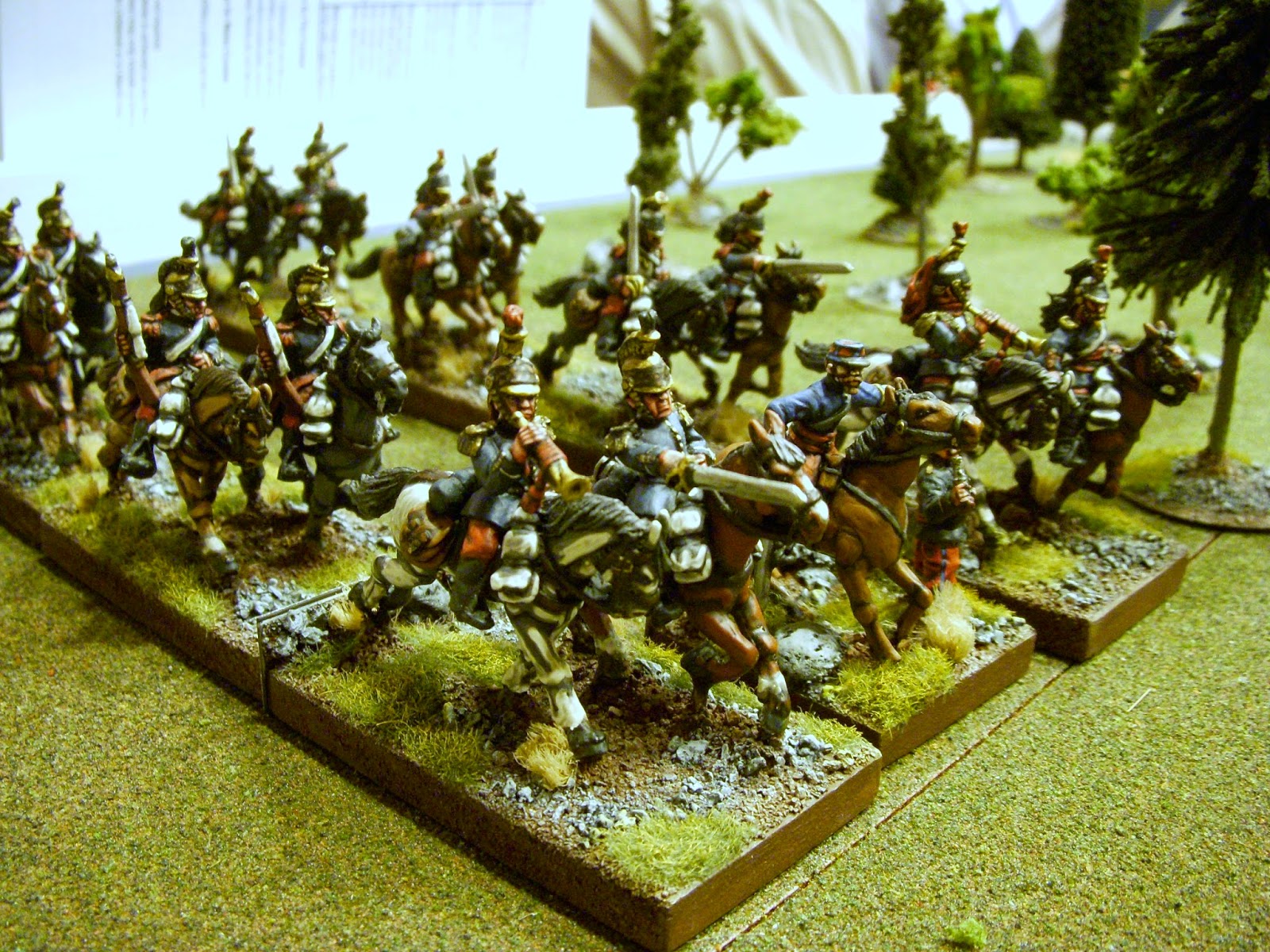 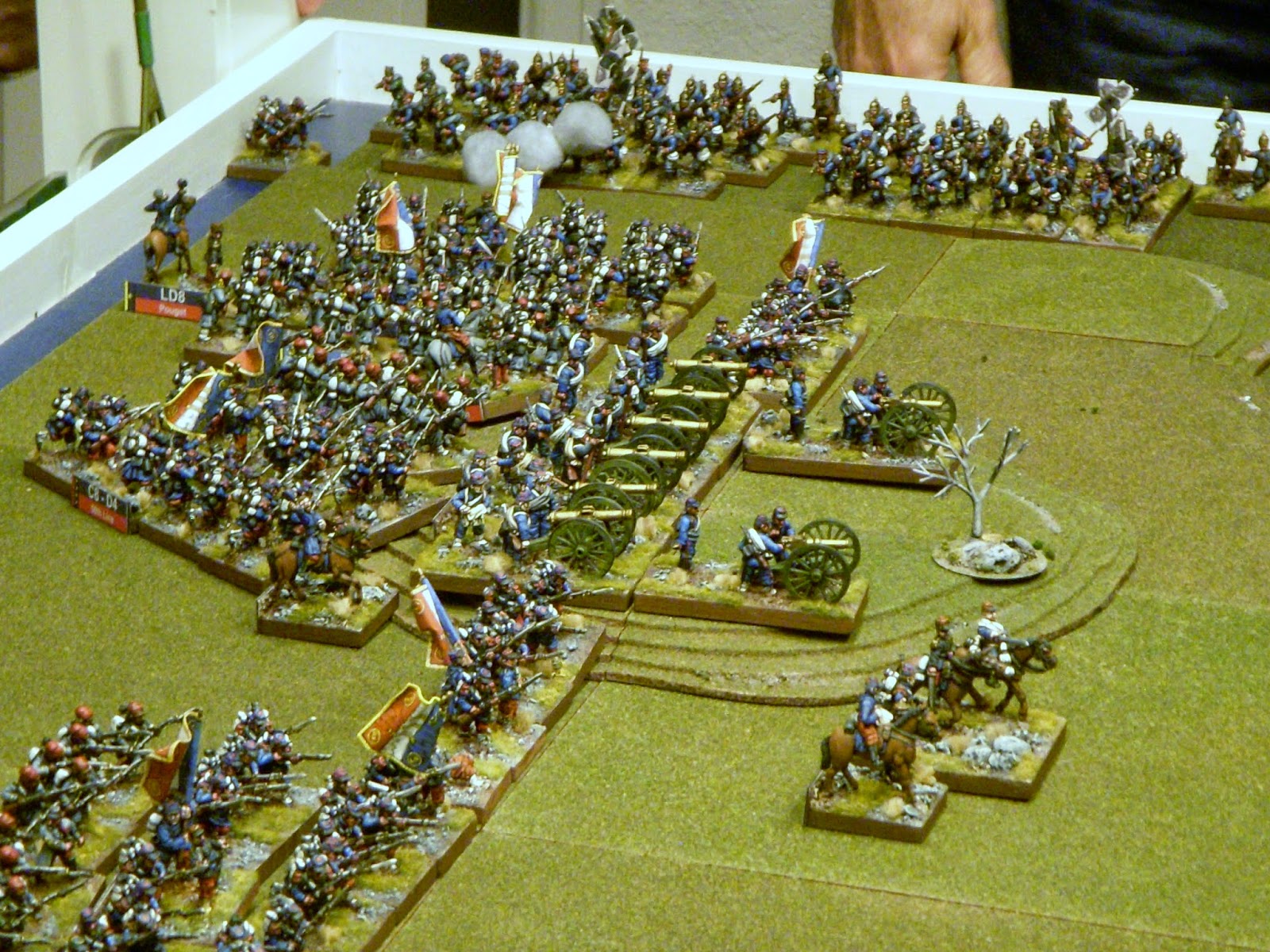 The French win no points for subtlety with their deployment 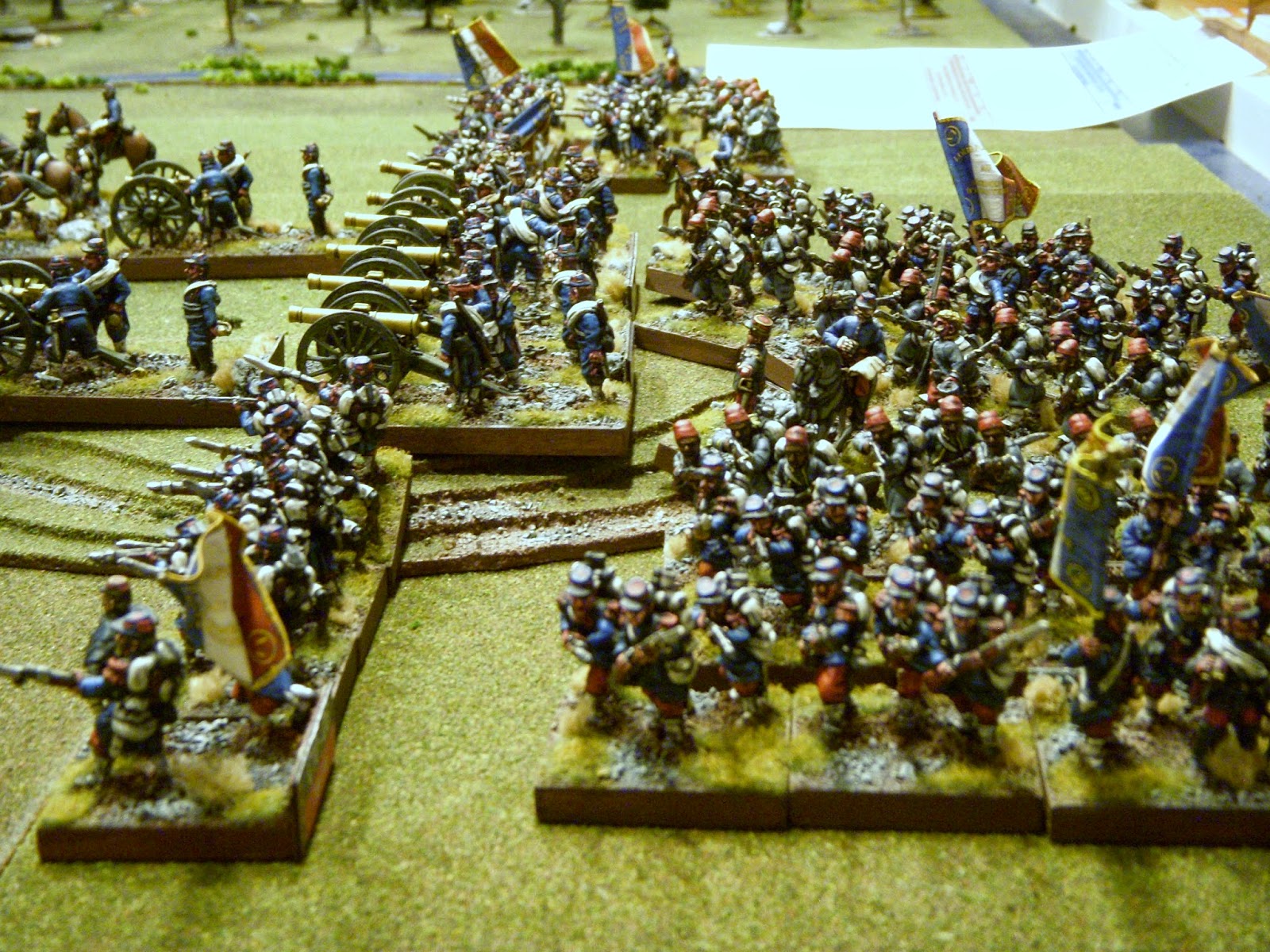 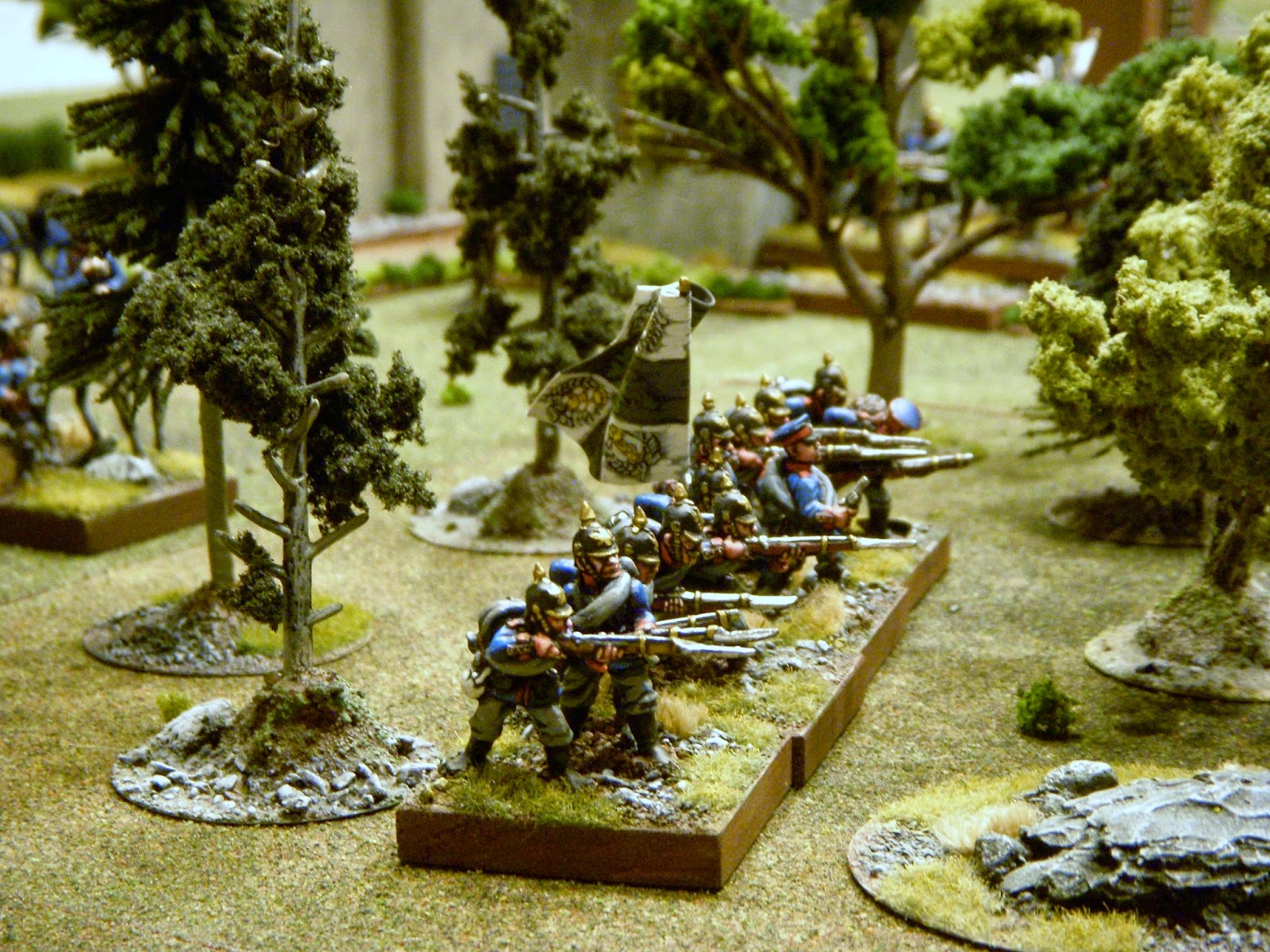 Prussian infantry enjoy a nice walk in the woods 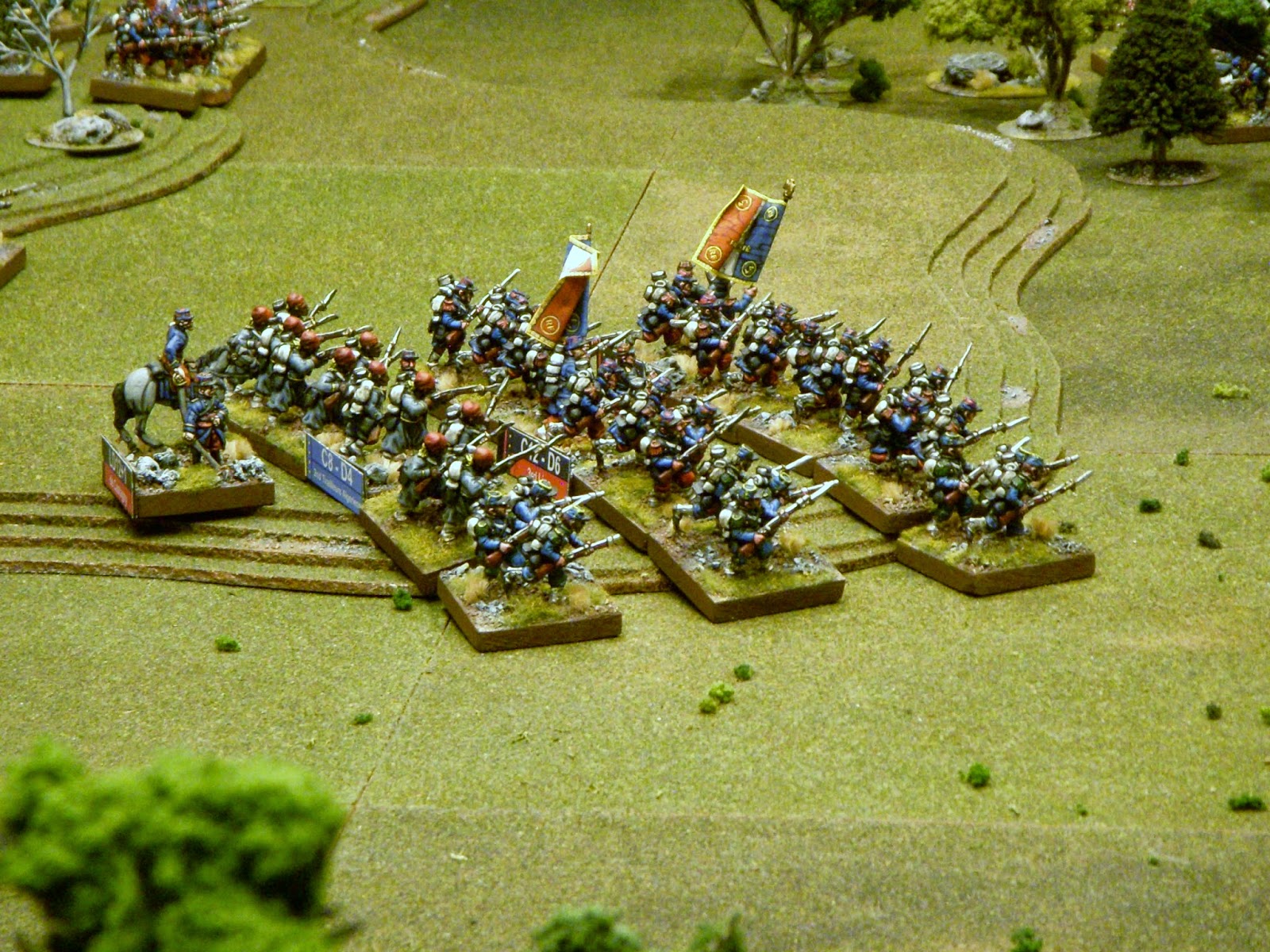 French division moves off on an assault on a town

So - the campaign season is over, and I'm thinking of trying some WW2 stuff for the next game at the end of June.  I'm rebasing my stuff and working on a new WW2 rule "set" for the game.  I'm wanting to get to a set that fits multiple scales (unit could be a squad, platoon, company, battalion) with somewhat minimal changes that would allow players to play any scale of game that they wanted without learning an entirely new set of rules.  We'll see how that works out....
Posted by Brent at 7:26 PM 4 comments: