Finally had a weekend free (house projects are nearing an end) to get in some gaming!  We started an 1809 campaign as additional playtesting/development of the upcoming campaign system for Field of Battle, titled "Season of Battles".   The game, for some reason, seemed disjointed - maybe the players were out of practice as it has been a while since the last Napoleonic game of FoB.  The French were commanded by the dashing team of John, Chris, Greg R., and Rodney, while the Austrians were led by the soon to be defeated team of Eric, Greg C., and Terry.  The Austrians had some set up and location advantages, but the French had a pretty significant strength advantage (+30%).  Ultimately, the Austrians put up a valiant defense but ended up on the end of a crushing defeat.  It will be a steep climb for the Austrians to get out of the hole created by such a big loss in the opening battle of the campaign, but we shall see!  The set up and post game campaign process helped me a great deal as SoB moves ever closer to completion. 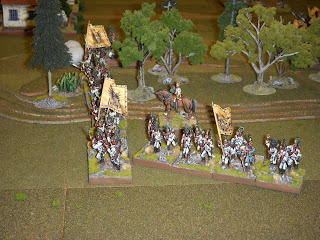 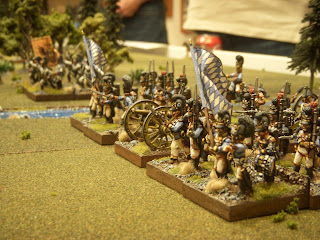 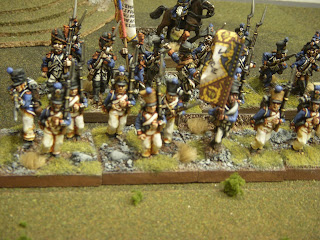 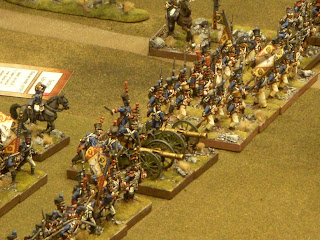 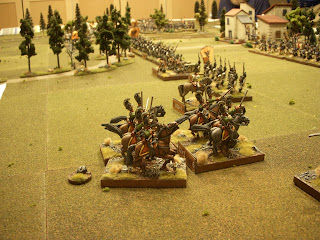 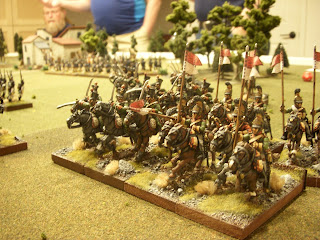 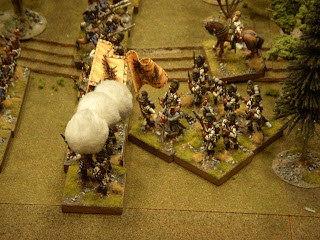 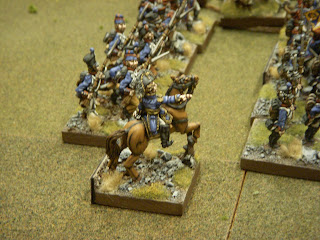 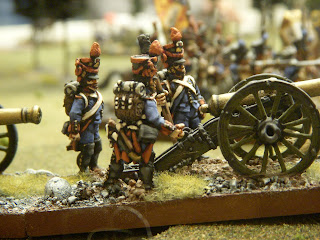 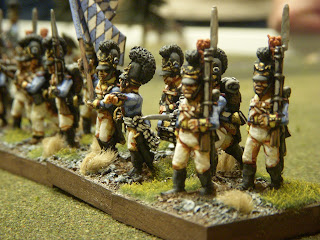