Hmmm.   It appears that it has been a while since my last post.  A couple of vacation trips, including our motorcycle vacation to the Black Hills, has been part of the cause for the blackout.  Also - I've been using my writing time to instead focus on the writing of Pulse of Battle, the Field of Battle based ancients set of rules.

We played another set of test games last night - Republican Roman vs. Late Macedonian.   The Romans won game 1, the Macedonians won game 2.  Both games were played in one evening.  Game 1 took 2 hours and game 2 took 1 1/2 hours.  Both games came down to the wire, and were everything I'm looking for in a set - drama, tension, command decisions, and action.  The games seem to have the balance of types and capabilities that I want, and ran smoothly.  A handful of changes came up, but those were small tweaks.

At this point, the rules are written, and are in the "right before sending to editors" stage.  With any luck, I can be "done" writing PoB in October/November.

A couple of photos from the game last night: 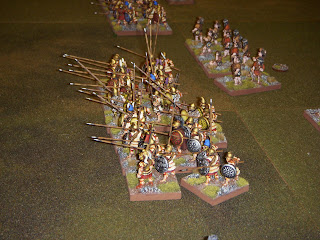 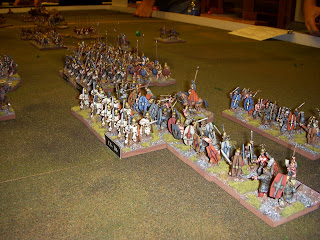 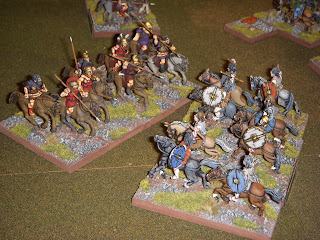