We played game 2 of 3 in our Peninsular campaign last night - a hard fought French victory.   The battlefield was unusual in that a Class II river wound through the middle of the table.  The British decided to agressively position the bulk of their army on the French side of the river, defending the thin band of woods along the river.   The British were surprised when the French opted for the massed assault in the center.   I may be wrong, but I think the British were hoping the French would elect to attack either flank, which would give them the freedom to move out of their center position and flank the anticipated French assault.   The French roughly handled the British artillery and punched a hole through the defensive line, clear to the river.   A single Portuguese infantry regiment managed to stem the tide and most likely kept the battle from being a crushing French victory.   While the assault was going in on the center, the British and French fought a bitter struggle in the woods on the flank.   The British/Allied army suffered heavier losses, and ended up failing their first Army Morale test.    Great game, great friends - great time!

Some photos from the game action: 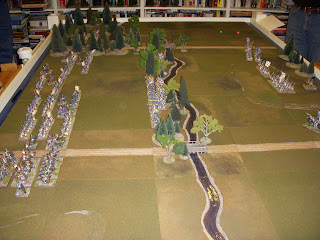 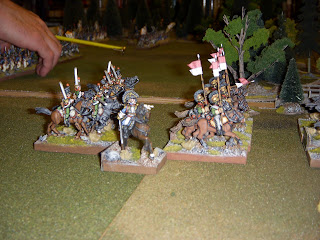 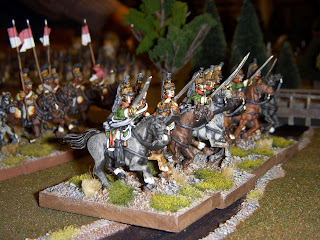 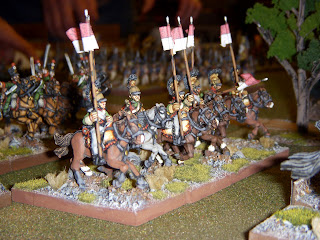 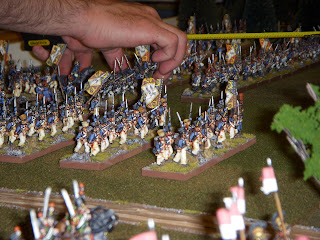 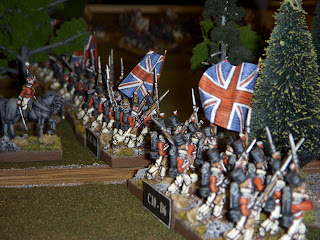 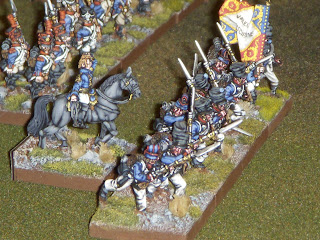 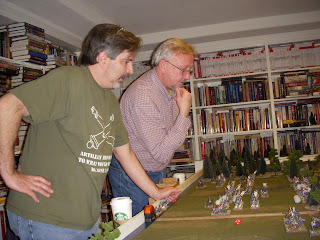 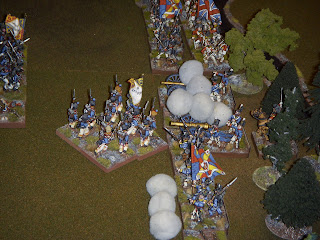 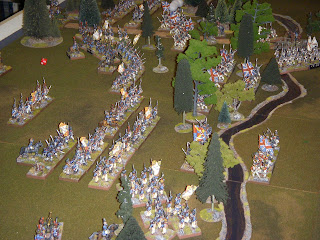 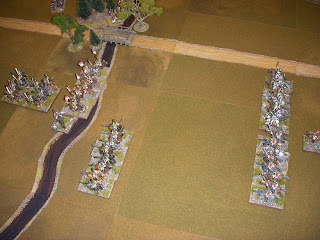 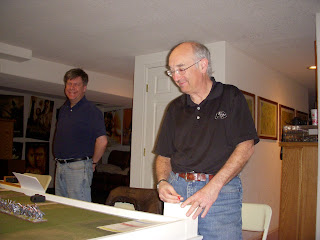 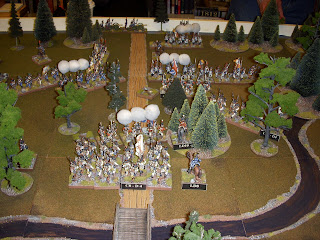