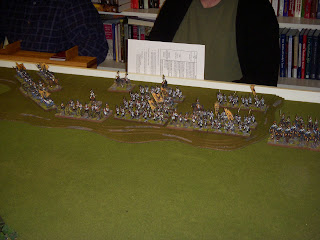 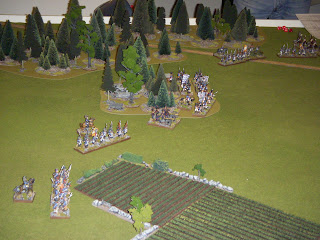 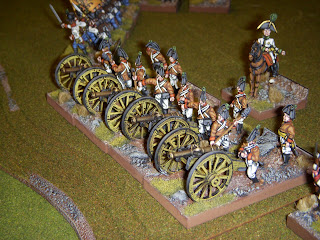 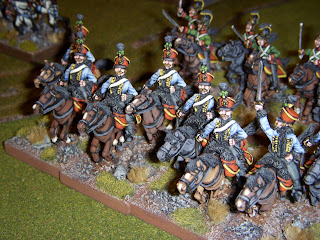 Austrian cavalry brigade on the Austrian left flank
The Austrians outnumbered the French by 30% at the start of the game, and had a significant Army Morale Point advantage (20 to 13).
More to follow.﻿
﻿
Posted by Brent at 12:01 PM