We were finally able to get back to gaming this past Saturday.   The start of the game was delayed a bit because everyone was so glad to see each other, and the stories were flying!

We played two SYW games, with the first armies that I finished during the pandemic - Austrians and Prussians.  This was their first time in battle.   Both games were close - the Austrians won the first game by a slim margin.   The commanders switched sides, and the Prussians won the second game by the tiniest margin.

During the second game, both sides were at 0 AMPs.  The Prussians decided to take a couple of low percentage artillery shots just to see if they could get an AMP paid to them by the Austrians for a UI loss, which would put them at least out of the danger zone with 0 AMPs.   Rolling a D4 vs. a D6, Greg R. rolled a 4 vs. a 1!   1 UI lost to the Austrians, and the morale point went to the Prussians.   Now a second fire, at a D4 vs. a D6, and Greg R. once again rolled a 4 vs. a 1!!  That's a 1 in 576 chance of occurring!!!   The next Prussian card was turned.....and it was the Army Morale card!   Without the drama of the artillery fire successes, the Prussians would have been forced to check morale to see if they remained in the battle.   Whew.

Two more times both sides were at 0 AMPs, but eventually the Prussians crept up a couple of AMPs and finally the Austrians turned an Army Morale card when they had 0 AMPs.....and they failed.    What a game!

This was the first time using a couple of my new Cigar Box Battle mats.   They are awesome!   I just used them over my terrain squares terrain, and I loved the smooth hill shapes.

I'll finish this post with a random assortment of some game photos. 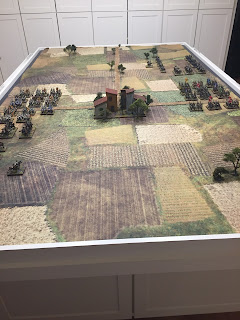 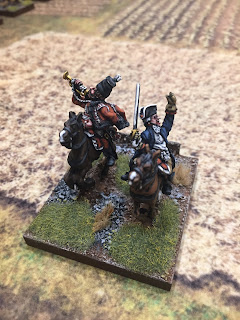 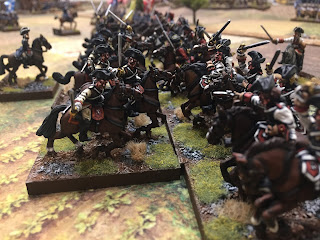 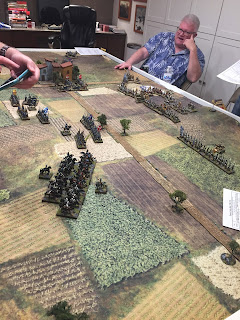 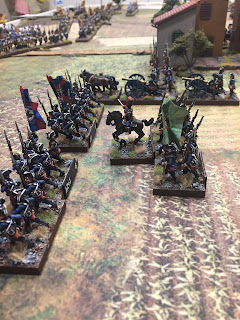 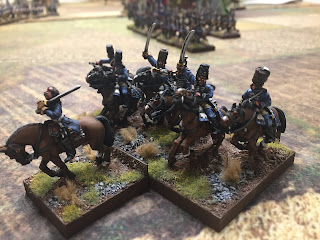 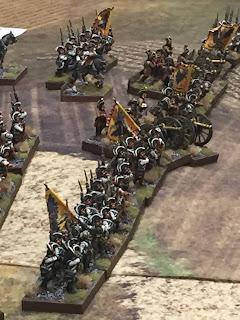 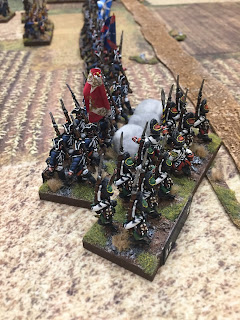 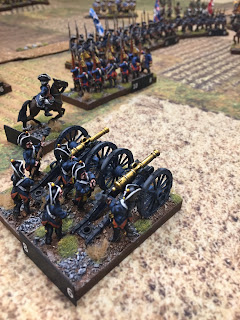 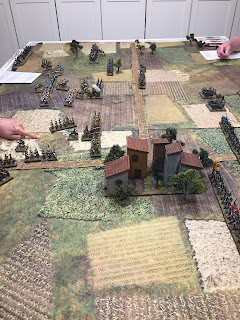 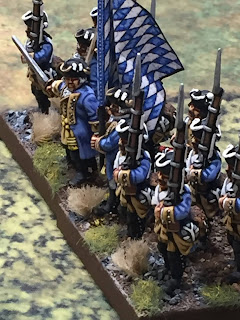 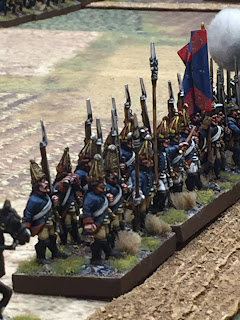 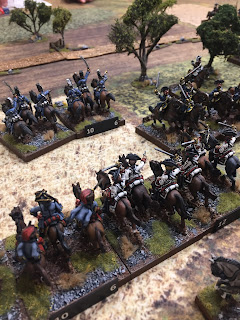 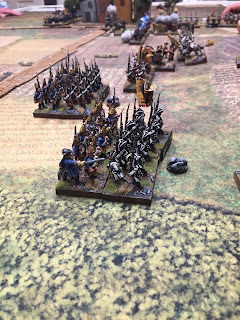