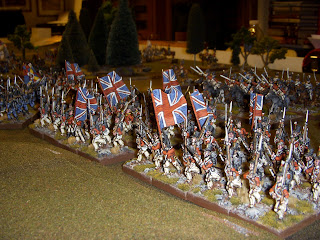 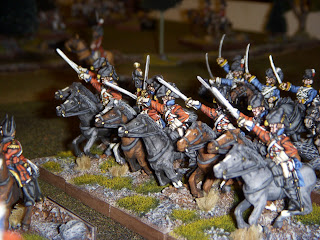 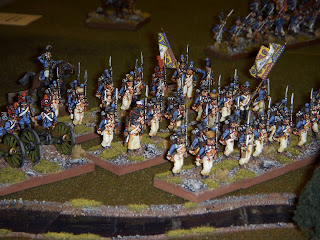 French make for the river
That's enough photos for now -  I'll pop up more in upcoming posts.
We're 1/3 of the way through a campaign set in the Peninsula 1808.  The Brits won game 1; the campaign is set for 3 games.  I'm using this campaign to develop a campaign module for Field of Battle.   In keeping with the "of Battle" series titles, the campaign set is "Season of Battles", or SoB for short.    Hmmm.
I also still have two other sets simmering - Pulse of Battle, the ancient and medieval set that will soon turn up to full boil, and the WW2 set "Follow Me", aimed at low level games (a unit is a squad of infantry and 1 to 2 vehicles).    Too many projects, too many areas of interest!﻿
Posted by Brent at 9:48 PM 4 comments: